Near field communication enables you to make contactless payments. Every Amex, Visa and Mastercard has this technology. Here's how it works.

Compare up to 4 providers

NFC is the technology that allows wireless communication between devices that are a few centimetres apart. It doesn’t require an Internet connection and instead uses microchips to transmit data via shortwave radio frequencies.

When one NFC-enabled device is close enough to another NFC device, a connection can be established and data shared between them. For example, this happens when you tap your credit card on a payment terminal to make a contactless payment or when you use a transport card to catch a train or bus. In both these cases, the card communicates data to the reader to initiate and complete the transaction using NFC technology.

Mastercard PayPass, Visa payWave and American Express contactless are all examples of NFC-enabled technologies in Australia. These cards are embedded with an NFC microchip, which allows the cards to communicate payment data to card terminals to process payments. Another feature of contactless credit cards is that transactions under $100 don’t require PIN verification. Instead, you can just "tap and go”, speeding up the checkout process.

Mobile wallets such as Apple Pay, Google Pay and Samsung Pay use NFC technology when you tap your smartphone at a contactless reader. When you tap link your card with one of these mobile wallets and tap and pay at the terminal, the device and NFC-enabled reader pass encrypted information between each other to process the payment. We've broken down how each of the major mobile wallets works below. 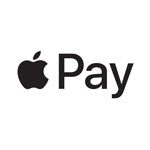 You can link your card with Apple Pay and use your iPhone or Apple Watch to make payments at the checkout by tapping it at the contactless reader. If you have an eligible device and your card issuer is partnered with Apple Pay, you can add your card to the wallet on your device

Similar to contactless payments, you can double click the side button or rest your finger on the Touch ID while holding your device up to the contactless reader to make a transaction. You'll be asked to use your Touch ID, face ID or passcode to verify the transaction. Apple Pay is partnered with Commonwealth Bank, ANZ, NAB, Woolworths Group, ING, HSBC and more. See Finder's guide to credit cards that support Apple Pay to see a complete list of partnered brands and to learn more about how it works. 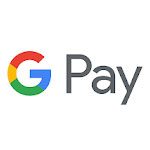 Google Pay uses the NFC chip found in most Android phones to process tap-and-go payments at the checkout. You can download the Google Pay app to sign in to your Google account and add your eligible card. When you're at the check out, you'll need to wake up your phone, hold the back of your phone close to the terminal for a few sections and follow the prompt's on the payment reader's screen. Google Pay is partnered with card issuers including American Express, ANZ, Commonwealth Bank, NAB, Westpac and St.George. You can compare a complete list of credit card issuers and banks that support Google Pay on Finder. 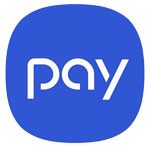 Samsung Pay uses the NFC chip in most Samsung Galaxy devices to allow you to make contactless payments. It also uses MST (Magnetic Secure Transaction) technology for contactless payments from some devices when available. Samsung Pay is supported by financial institutions including American Express, ANZ, Westpac, Commonwealth Bank, Citi, Bank Australia and more. You can see a complete list of Australian card issuers linked with Samsung Pay to see if your bank offers the mobile wallet.

You can add your card details to Samsung Pay by downloading the app, selecting 'add' and either taking a photo of your card or manually entering your card details. You can then hold your Samsung device against the terminal reader and use either a fingerprint or PIN to authenticate the payment.

Some banks such as CommBank and NAB also have their own contactless payment options built into their mobile banking apps.

Your contactless payments made using your card or digital wallet are also protected by the same security measures as your other transactions. For example, you'll be protected from fraudulent transactions with Visa's Zero Liability or Mastercard's FRAUDSHIELD technology. You can also carry your card in an RFID-blocking sleeve or wallet if you're worried about someone skimming your card from your wallet or pocket.

As always, make sure to regularly check your transaction history and contact your card issuer if you notice any suspicious transactions.

Back to top
Was this content helpful to you?
Thank you for your feedback!
Four ways you didn’t know you could tap and goHome loan and credit card packages