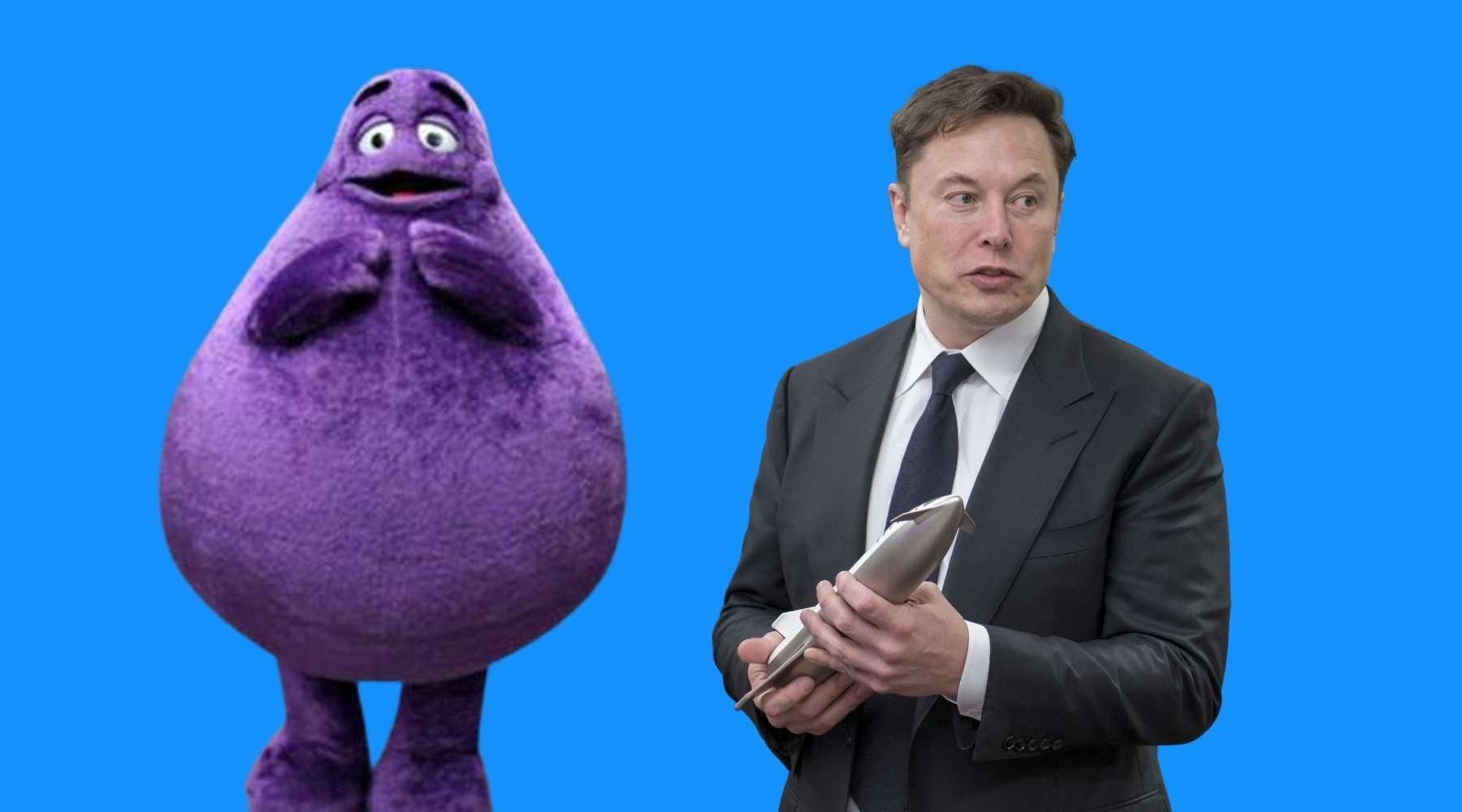 Only in the world of crypto will a tweet exchange between McDonald's and Elon Musk create a new token that will see a surge overnight. But how can you tell if Grimacecoin is a genuine opportunity to make some cash or just a fake coin?

In response to Telsa CEO Elon Musk's tweet "I will eat a happy meal on TV if McDonald's accepts Dogecoin", McDonald's fired off a tweet "only if Tesla accepts Grimacecoin". And from there nearly 10 Grimacecoins have been created on the Binance Smart Chain (BSC) network alone.

Some of these tokens reached a market capitalisation of between US$1 million and US$2 million at peak prices, according to CoinDesk. So is this a real way to make money on the crypto market?

What is up with Grimacecoin?

Following on from McDonald's tweet, nearly 10 Grimacecoins were created on the BSC network. However, they weren't limited to just BSC, as an Ethereum-based Grimacecoin surged 56,000% in the hours after its issuance, reaching 1,000 holders and a $6 million (£4.4 million) market capitalisation.

While some performed well, others were not so successful. What was clear was that this newly created token was attracting opportunistic investors. The big question is - is Grimacecoin legitimate?

The reality is that anyone can call a smart contract and issue tokens on BSC (or other blockchains). Due to the presence of centralised exchanges, tokens can instantly be issued, supplied with liquidity and traded almost instantly.

In terms of Grimacecoin, most of the tokens created have been by anonymous developers, with a high percentage owned by one entity. One report even noted that every transaction was being "taxed" 10% - a major red flag. All of this underlines the wise advice given by members of the community warning others to steer clear. McDonald's hasn't granted rights for these coins to use the "Grimace" name either and has absolutely no involvement with any of these tokens.

Are there any recent crypto scams?

In 2021, crypto scammers took US$14 billion worth of crypto, according to blockchain data firm Chainalysis' "2022 Crypto Crime Report". One way of doing this was creating a new cryptocurrency token and then disappearing after the currency skyrocketed in price. This is called a "Rug Pull" scam.

This happened when a new SQUID token, based on the popular Netflix show Squid Game, was created. Investors claim the developers disappeared and cashed out with more than £3 million.

Scam tokens that are currently rumbling around include the "Amazon crypto token". Fraudsters launched a campaign claiming Amazon was to create its own digital token, asking visitors to the pre-sale page to pay with their own cryptocurrency. But the tokens were fake.

Similarly, CryptoEats - supposedly a food delivery company where customers pay with crypto - launched before closing quickly. But not before $500,000 worth of investors' money had disappeared into Binance Coin.

If you are new to investing in crypto, it is important to be aware of potential scams and understand that there is no consumer protection available including with legitimate crypto providers. You could lose all your money. If you do want to start investing, consider using a cryptocurrency exchange that has good security features in place and is registered with the Financial Conduct Authority to help you avoid falling victim to theft and fraud.

While you can't get Grimacecoin, you can buy and sell Bitcoin and Ethereum straight from the Finder app with no trading fees.