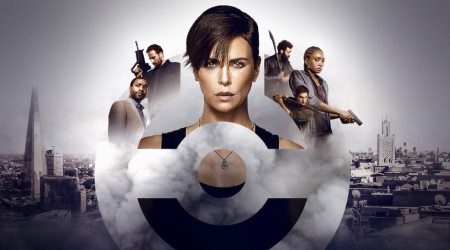 Regardless of which streaming services you subscribe to, there's plenty of fresh content that will catch your eye this month.

From returning series to exciting movies and special events, streaming services are bringing out the big guns in July. A ton of fresh content is set to arrive on streaming, which seems to be the new normal. From a Beyoncé visual album to a Netflix show that looks like the female The Witcher, there's literally something for everyone. Here are some of the highlights.

Netflix is planning a busy month for subscribers. New fantasy drama Cursed drops on 17 July and looks like a doozy. The new series stars Katherine Langford and is a "re-imagining of the Arthurian legend, told through the eyes of Nimue, a young heroine with a mysterious gift who is destined to become the powerful (and tragic) Lady of the Lake". The trailer looks great so we're definitely marking our calendars for this one.

On the original movie front, keep an eye out for The Old Guard, which stars Charlize Theron as the leader of a covert group of tight-knit mercenaries with a mysterious inability to die. Other Netflix goodies include The Kissing Booth 2, The Umbrella Academy Season 2, Norsemen Season 3, new show Warrior Nun and Part 2 of the final season of Cable Girls.

Over on Stan, we highly recommend you tune in for Relic, an original horror film about an elderly matriarch who goes missing and her daughter and granddaughter who must travel to their remote family home in the Melbourne countryside to find her. The cast includes Robyn Nevin, Emily Mortimer and Bella Heathcote. Relic premiered at the 2020 Sundance Film Festival and currently has a perfect 100% score on Rotten Tomatoes, so it's not to miss.

Disney+ will have an exciting month, with two highly anticipated releases. First off, there's the filmed version of the original Broadway production Hamilton, which arrives 3 July. Next, on 31 July, the platform will premiere Beyoncé's new visual album Black is King. If the teaser is any indication, the film will be a worldwide sensation, so buckle up for a memorable ride.

Amazon Prime Video is also dropping some great stuff, including new seasons of Hanna and Absentia. British spy thriller Alex Rider arrives this month as well. Plus, you can tune in for complete seasons of New Girl, Homeland, Prison Break, Mad Men, The X-Files, Glee and more. On the movie front, keep an eye out for The Very Excellent Mr. Dundee, coming 17 July.

New service Binge is updating its content library with Seasons 1-11 of The Big Bang Theory, Season 2 of Flack and new episodes of What We Do in the Shadows and Perry Mason. There are also some new series that look promising – including Noughts + Crosses, which follows two young people divided by their colour but united by love.

Meanwhile, Foxtel is premiering a whole bunch of hit movies, including Hustlers, Joker, Terminator: Dark Fate, Gemini Man, Charlie's Angels, Ready or Not, Primal and The Dead Don't Die. Season 8 of Wentworth is also arriving this month, so you should catch up on previous episodes you might have missed ASAP.

Is your taste a bit more niche? hayu highlights include The Real Housewives of Johannesburg and new series Listing Impossible, while doco platform iwonder has a comprehensive collection of films examining what makes the US the beautifully flawed country it is. The collection includes Monrovia, Indiana, a documentary that explores a small town in rural mid-America and illustrates how values like community service and authenticity are formed.

Acorn TV is premiering the new series The Sommerdahl Murders this July, which combines solving murders with an intriguing love triangle. Finally, those of you who prefer their entertainment free have plenty to look forward to as well. SBS On Demand drops dark comedy Why Women Kill and thriller The Hot Zone along with the first two seasons of Fear the Walking Dead.