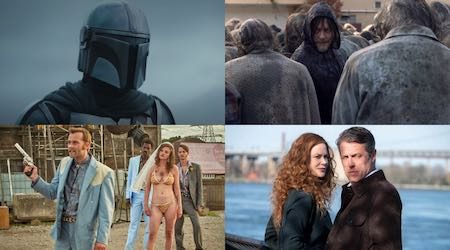 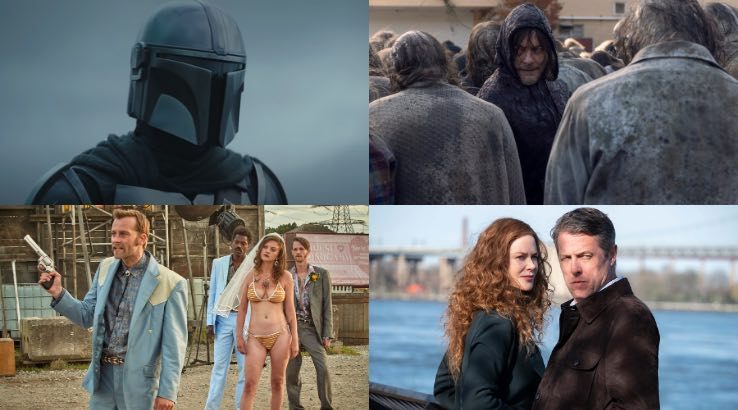 October will be an exciting month for TV and movie buffs. Every streaming service in Australia is releasing an impressive collection of new and returning titles, so you might want to set some time aside to binge them all.

A period drama about the space race? Check. A show set in Paris reminiscent of Sex and the City? Double-check. More Baby Yoda? You betcha. There's never been a better time to have absolutely no social life. Here are some of the Australian streaming highlights for October.
Jump straight to the list
Netflix is bringing out the big guns this month. Just as October kicks off, we're getting the first season of Emily in Paris, a stylish series about an ambitious twenty-something marketing executive from Chicago who unexpectedly lands her dream job in the City of Love. Other exciting premieres this month include The Haunting of Bly Manor, from the creator of The Haunting of Hill House; and The Queen's Gambit, a mini-series about a chess prodigy.

You might also want to check out new episodes of Unsolved Mysteries, Star Trek: Discovery, Carmen Sandiego and My Next Guest Needs No Introduction with David Letterman. If you're a fan of docu-series, we recommend Deaf U, which follows a tight-knit group of deaf students who explore the perks and pitfalls of life at Gallaudet University. Oh, and in case you are running out of feel-good sitcoms, all seasons of New Girl land on Netflix this month.

On the movie front, you don't want to miss The Trial of the Chicago 7, a courtroom drama based on the true story of a group of anti-Vietnam War protesters who were charged with conspiracy in 1969. Created by Aaron Sorkin and boasting a terrific cast, the film is already generating Oscar buzz. As for other promising additions, mark your calendars for Rebecca and Over the Moon. If you're an Adam Sandler fan, maybe add Hubie Halloween to the list as well.

Over at Stan, things are heating up as Peacock original Brave New World arrives on 16 October. Based on the classic novel by Aldous Huxley, the drama is set in an idyllic utopia where things get out of hand when members of the collective begin to question the rules.

We're also getting new episodes of Condor and The Spanish Princess as well as three very bingeable seasons of Mr. Robot. Plus, you might want to check out classic movie Murder on the Orient Express, which remains a delight even all these years later. And don't forget the new miniseries The Good Lord Bird starring Ethan Hawke.

Next, Disney+ premieres season two of The Mandalorian in late October, so all eyes will be on the adorable Baby Yoda yet again. Since we're talking about space, you should definitely tune in to The Right Stuff, an original drama about the first American astronauts. Heartwarming movie Clouds drops this month as well, which tells the true story of teenager Zach Sobiech, whose song went viral while he was battling a rare form of cancer.

On BINGE, all seasons of The West Wing drop 1 October, so get ready to meet one of the most wonderful fictional presidents to ever inhabit the small-screen Oval Office. Acclaimed British comedy Chewing Gum arrives on the platform as well. New episodes of The Walking Dead and Fear the Walking Dead also show up.

The highlight of the month is definitely The Undoing, a new drama starring Nicole Kidman and Hugh Grant. The two play a power couple whose lives are turned upside down when a violent death leads to a chain of terrible revelations.

The Undoing will be available on Foxtel as well. We also recommend sci-fi crime thriller neXt, starring John Slattery as a Silicon Valley pioneer who must stop the A.I. he created from destroying the world. As for movies, exciting premieres include My Spy, Sonic the Hedgehog, Emma and The Invisible Man.

Amazon Prime Video offers Welcome to the Blumhouse, a collection of four unsettling, spine-tingling suspense movies produced by Jason Blum's Blumhouse Television and Amazon Studios. Each film presents a unique perspective on common themes centred around family and love as redemptive or destructive forces – just in time for Halloween!

If you're a fan of The Walking Dead, you don't want to miss The Walking Dead: World Beyond, about a group of sheltered teenagers who leave the safety of the only home they have ever known and embark on a dangerous cross-country journey. More into comedy? Check out Truth Seekers, about a wacky team of part-time paranormal investigators.

Reality streaming service hayu is dishing up another season of Below Deck Mediterranean and Real Housewives of New York City.

Finally, SBS On Demand is dropping some top-notch entertainment this month. Fargo is finally back with season four, which follows two crime syndicates as they vie for control. Spoiler alert: the show is just as good as you remember.

You should also keep an eye out for Briarpatch, about a determined investigator portrayed by Rosario Dawson who returns to her hometown following the murder of her sister.

Looking to buy blue chips? These are the best…