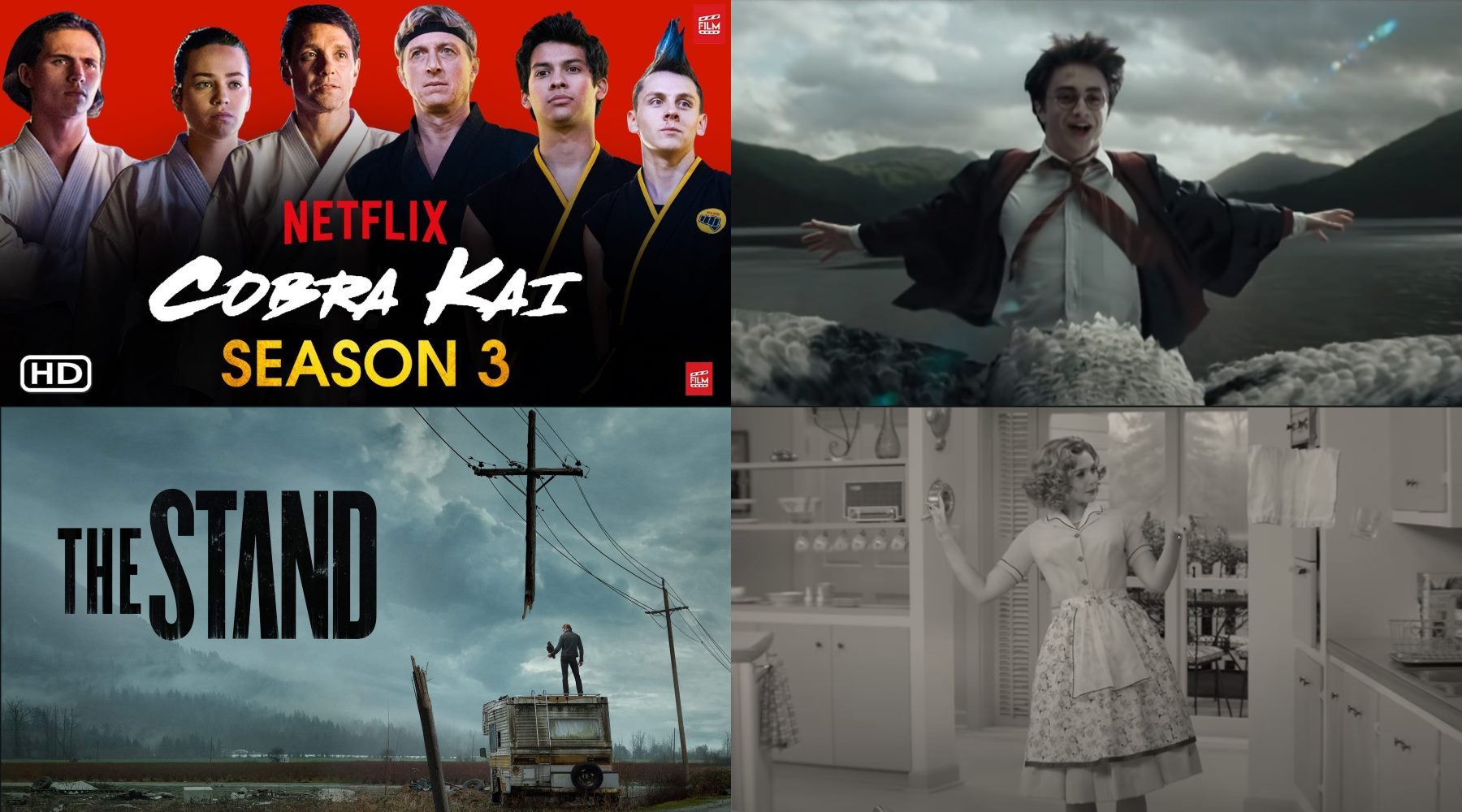 Streaming services are kicking off 2021 with a lot of exciting new content.

Everyone, rejoice! We survived 2020. It's a New Year – one that smells of ambitious resolutions, a more optimistic mindset and new shows and movies to obsess over. Let's see what Aussie streaming services have in store for January.

On Netflix, highlights for this month include History of Swear Words, a profane and engagingly educational series about the history and impact of the most notorious English swear words. It's hosted by Nicolas Cage, so you should add it to your watchlist immediately.

You might also want to check out Part 3 of Disenchantment, season three of YouTube import Cobra Kai and new series Fate: The Winx Saga, about a group of fairies who learn to master their magical powers. More into true crime? Then Night Stalker: The Hunt for a Serial Killer will definitely be up your alley.

On the movie front, Pieces of a Woman centres on a woman wrecked by grief after a devastating home birth. Similarly intriguing, The Dig revolves around a team who finds a wooden ship from the Dark Ages while digging up a burial ground on a woman's estate.

Popular series Gossip Girl is dropping on BINGE. The platform is also offering season two of A Discovery of Witches, the Patrick Dempsey show Devils and Batwoman season 2. We're also getting the second Euphoria special episode this month and BINGE subscribers will be able to marathon all Harry Potter films starting 21 January. Prepare the butterbeer!

Foxtel will have all of these titles too. Plus, a whole bunch of series are premiering new episodes – like All Rise, Prodigal Son, Chicago Fire, Chicago P.D., S.W.A.T., to only name a few. Harry Potter will also be coming to Foxtel on its own pop up channel on 15 January.

Over on Stan, January brings subscribers original series Bump, which drops on the streaming service New Year's Day. The show follows an ambitious and high-achieving teenage girl who has a surprise baby and chronicles the complications that ensue for two families.

Or maybe you'll be more into Walker, a reimagining of the iconic Walker, Texas Ranger with Supernatural's Jared Padalecki in the lead role. We also recommend season two of Zoey's Extraordinary Playlist - a wacky, heartwarming and severely underrated show.

Other titles to look out for include The Watch, Search Party season four and movie Jurassic World. Oh, and every episode of iconic series Gossip Girl is coming to Stan starting 1 January.

Meanwhile, Amazon Prime Video is bringing Australian subscribers the epic Stephen King drama The Stand, set in a world decimated by plague and embroiled in an elemental struggle between good and evil. New seasons of Bosch and American Gods are debuting this month as well. If you like the Star Trek universe, new animated series Star Trek: Lower Decks should make for a delicious binge.

For movies, keep an eye out for One Night in Miami, about four icons of sports, music, and activism gathering to celebrate one of the biggest upsets in boxing history; and The Rental, a thriller about two couples who think they are being spied on.

On Disney+, we'll finally be able to see highly anticipated Marvel series WandaVision. Scheduled to debut on 15 January, the show blends classic sitcoms with the MCU as the two characters are living the ideal suburban lives but eventually start to suspect that not all is as it seems.

Reality fans have plenty to look forward to as well. The brand new season of The Real Housewives of Dallas returns to hayu, available to stream on the same day as the US from January 1. Other highlights include Fire Island, Girls Cruise, Jersey Shore: Family Vacation, Black Ink Crew: Chicago and more.