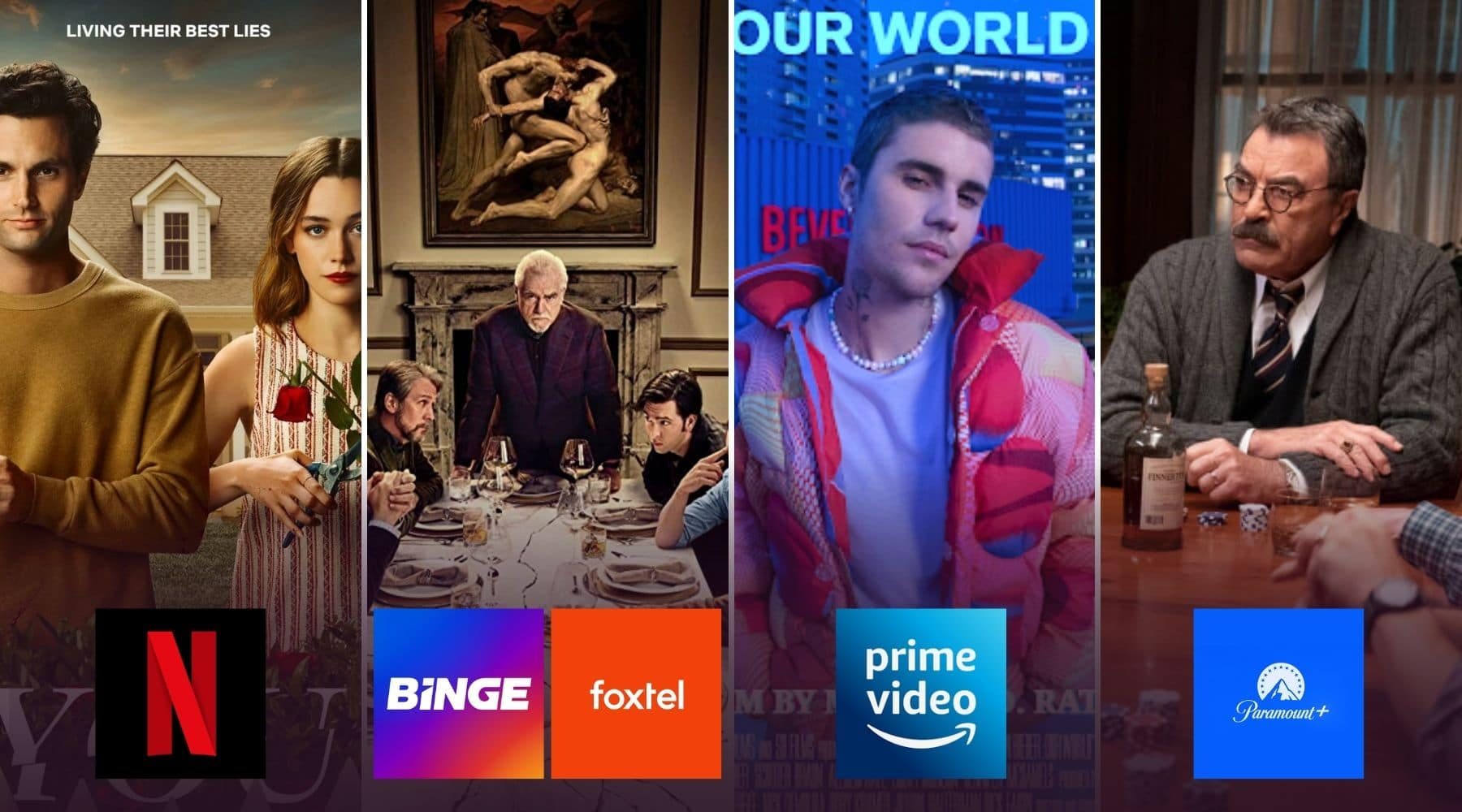 The countdown to spooky season has begun.

Succession returns with season 3 after what feels like the wait of a lifetime. Plus, new teen mysteries, a plethora of marathon-worthy movies and a few comedy series are also here to cheer you up during these uncertain times. Check out highlights below or scroll down for the complete list of new titles heading to streaming in October. 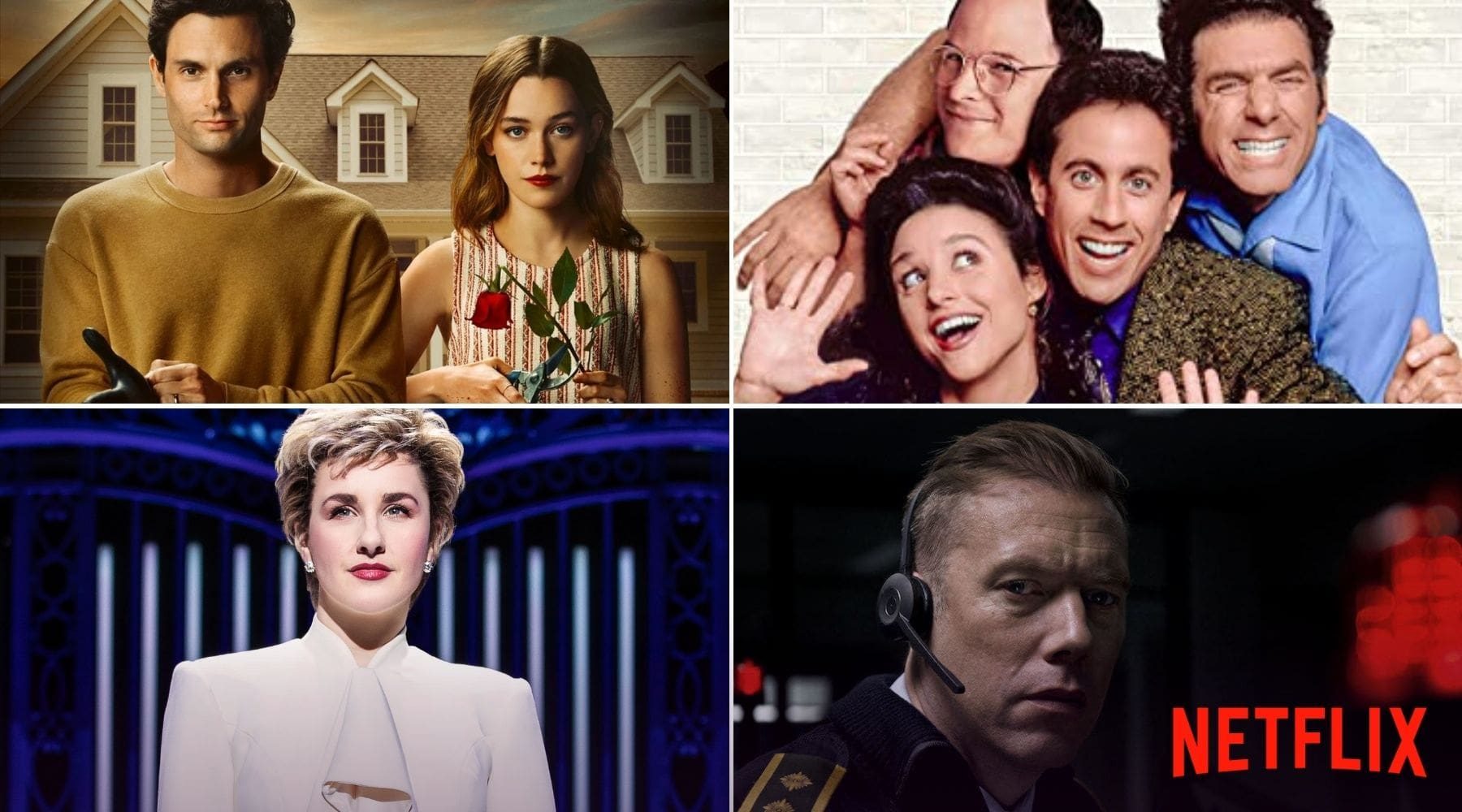 On Netflix, we're getting new episodes of popular series You, starring Penn Badgley as Joe, the charming psychopath next door. In season 3, he and Love are married with a young baby, so they try to forge a normal life in an affluent suburb. Turns out, old habits die hard.

Additionally, October brings us new seasons of On My Block, Sexy Beasts, Locke and Key, The Baby-Sitters Club and Dynasty, to only name a few. All episodes of Seinfeld drop on Netflix on 1 October. Plus, you might want to check out new series MAID, about a young mother who finds a job cleaning houses as she fights to provide for her child.

As far as movies are concerned, we recommend The Guilty, which stars Jake Gyllenhaal as a 911 operator who scrambles to save a distressed caller during a harrowing day of revelations. Other promising titles include high school horror There's Someone Inside Your House, Army of the Dead prequel Army of Thieves, vampire thriller Night Teeth and COVID-19 doco Convergence: Courage in a Crisis.

Finally, the streaming service is releasing Diana: The Musical, a special which celebrates the life of Princess Diana.

What's new on BINGE and Foxtel? On BINGE, tensions continue to rise within the warring Roy dynasty as award-winning drama Succession heads back to our screens for season 3.

We're also getting the fifth and final season of comedy Insecure, as well as new episodes of Curb Your Enthusiasm, Saturday Night Live, DC's Legends of Tomorrow, Legacies, Batwoman and Fear the Walking Dead. If you think superheroes and animation mix well, check out DC's new show Aquaman: King of Atlantis.

These titles will be on Foxtel as well. Plus, mark your calendars for the highly anticipated Wentworth series finale, which airs on 26 October, and new episodes of The Real Housewives of Melbourne. Movie premieres include Wonder Woman 1984, Promising Young Woman, Free Guy, Nobody and Aussie drama The Dry. 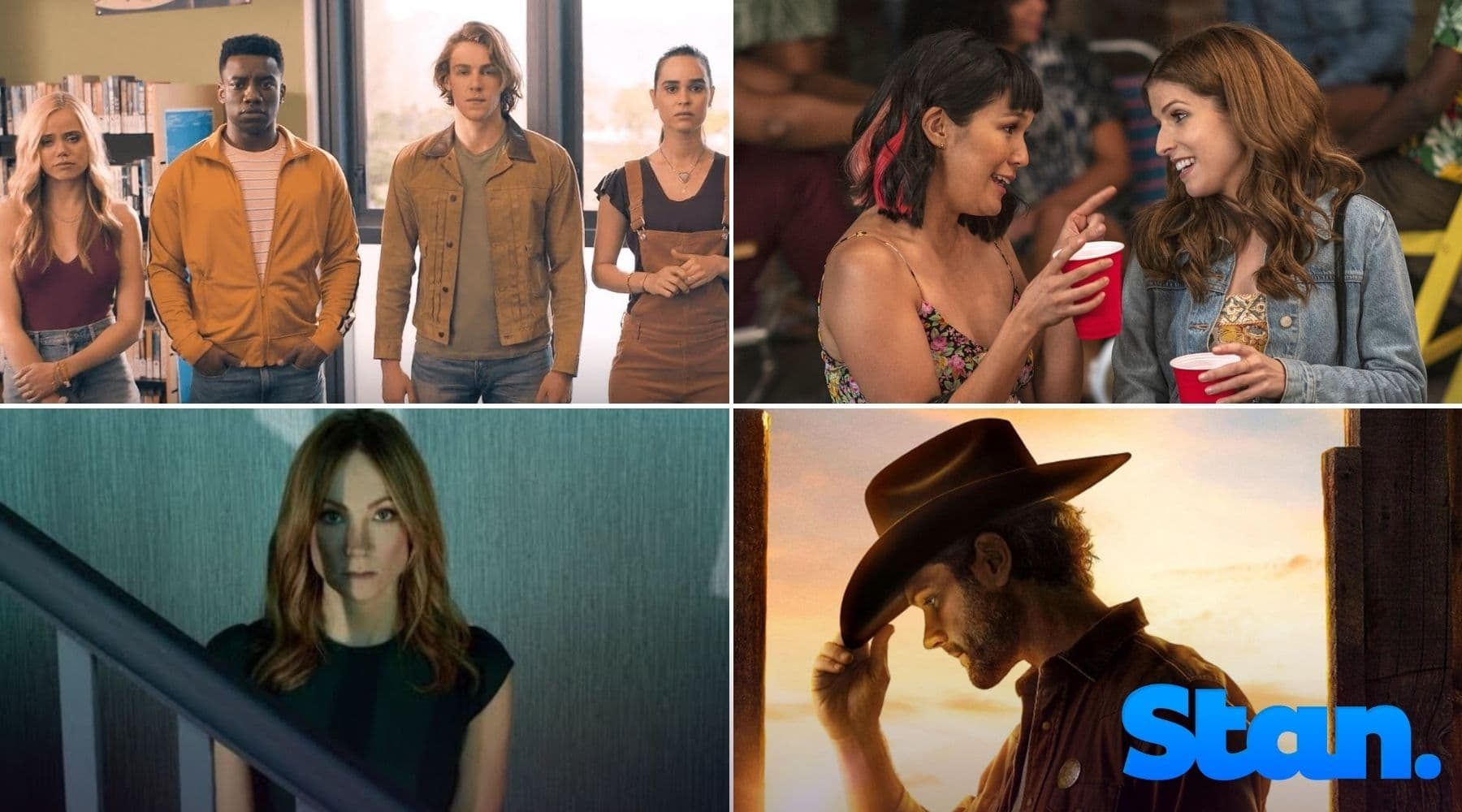 Stan is debuting new show One of Us Is Lying, based on Karen McManus's bestselling young adult novel of the same name. What happens when 5 strangers walk into detention and only 4 walk out alive? Tune in to find out.

Another show to look out for is Love Life, an anthology which returns with season 2. It stars William Jackson Harper as Marcus, a young man who exits a long relationship and is on the lookout for romantic fulfilment once again.

Perhaps you're in the mood for a Hitchcockian thriller? Angela Black stars Downton Abbey's Joanne Froggatt as a woman who risks her seemingly idyllic life to fight back against her controlling, abusive husband. Additionally, the streaming service will offer brand new Canada's Drag Race episodes the same day as in Canada and premiere new seasons of Hightown, All American, Walker and The Last O.G. 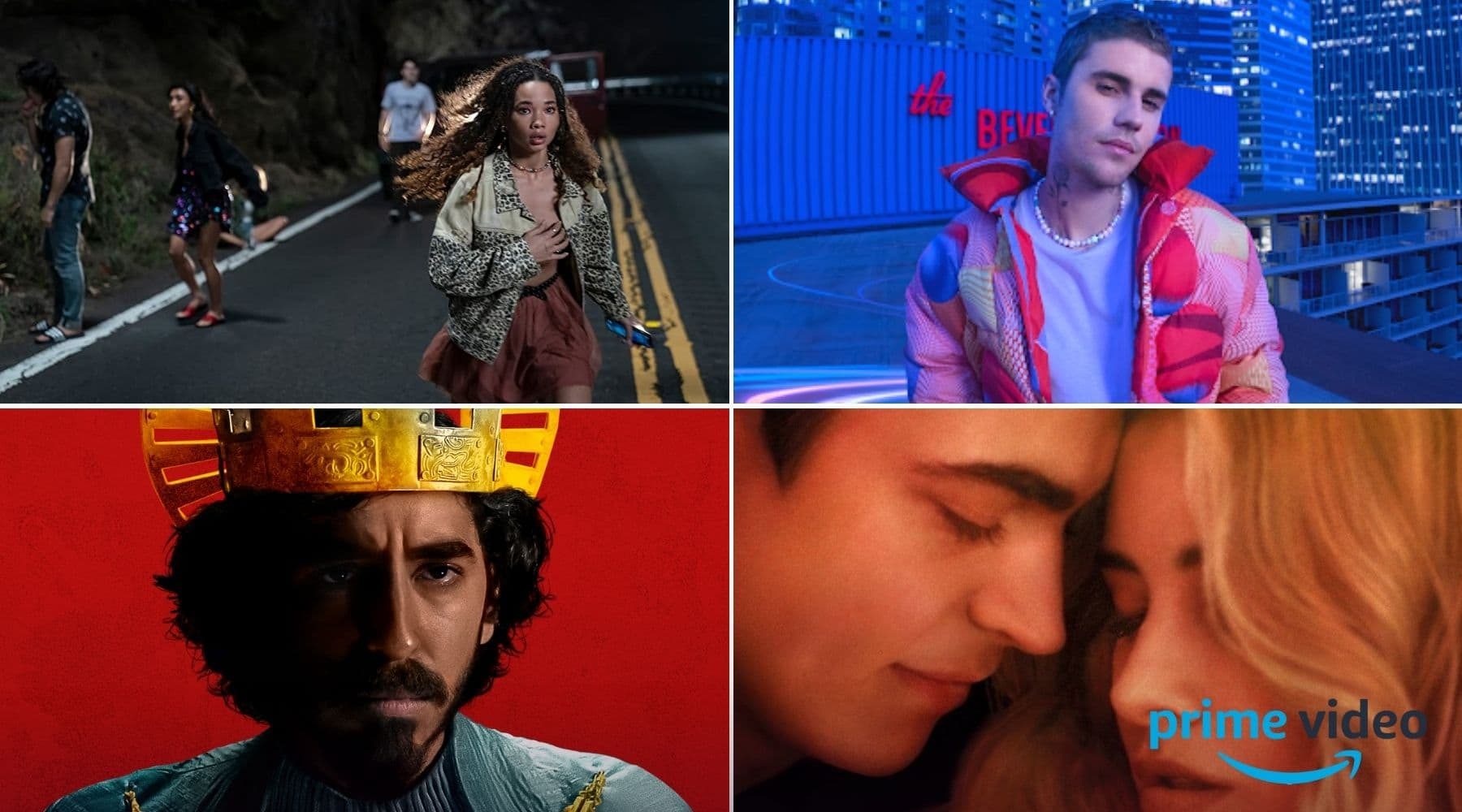 Over at Amazon Prime Video, October marks the release of I Know What You Did Last Summer, a new TV series about a group of teenagers bound together by a dark secret and stalked by a brutal killer. If you're a fan of the iconic 1997 film, this should be right up your alley.

In other great news, you'll also be able to watch epic Arthurian fantasy adventure The Green Knight, which stars Dev Patel, as well as the third instalment in the After series, After We Fell.

Other highlights for this month include Justin Bieber: Our World, a revealing documentary about the global superstar's first live full concert in 3 years; and Unheard, a docu-series that aims to offer insight into critical issues of racial discrimination in Australia. 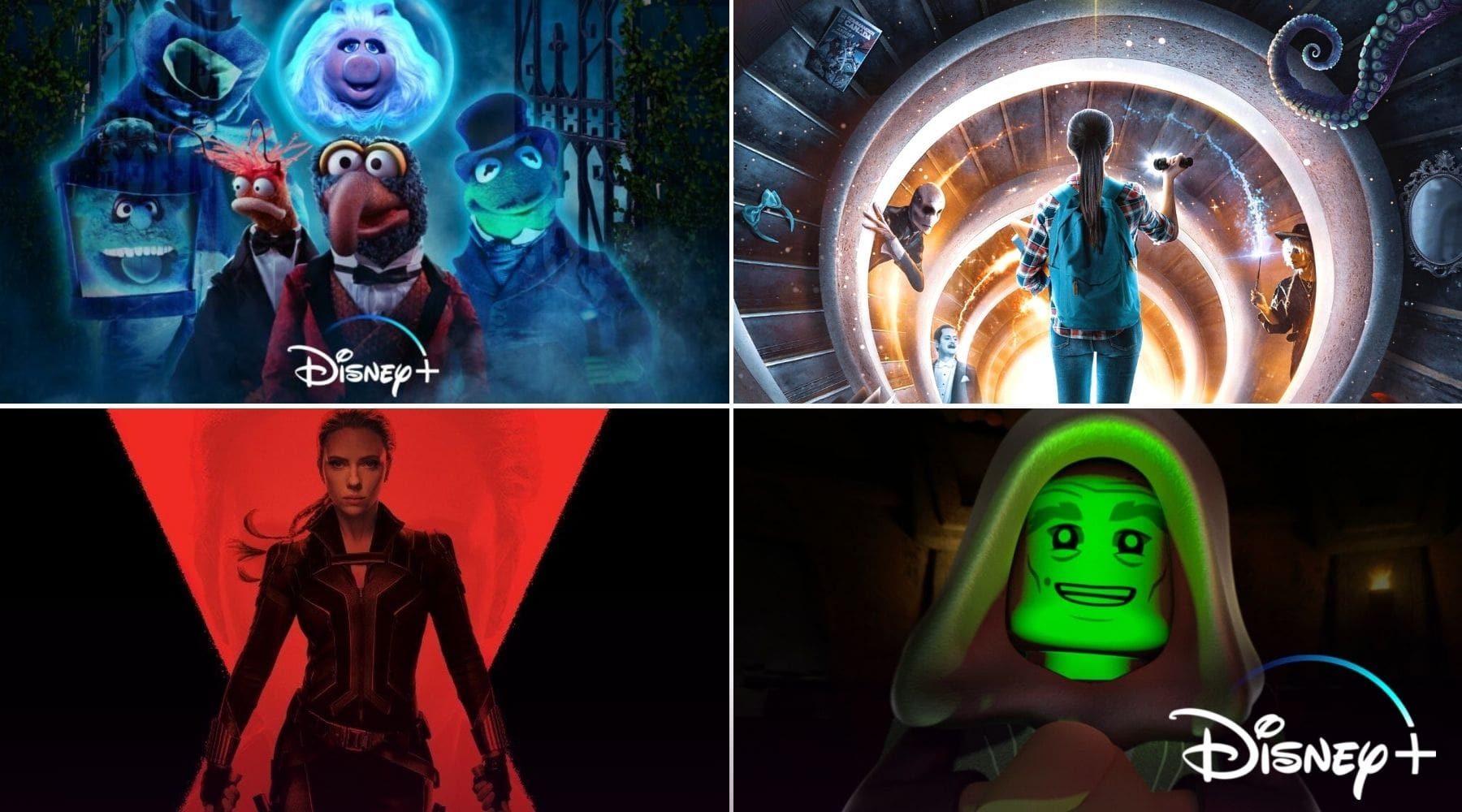 Elsewhere, Disney+ is dropping a new Muppets movie, The Muppets Haunted Mansion, just in time for Halloween. You'll finally be able to watch Black Widow without paying the extra fee, as the blockbuster makes its debut in the regular Disney+ library.

Or, perhaps you'll like Just Beyond, a new anthology series inspired by the writings of R.L. Stine and tackling a supernatural world of witches, aliens, ghosts and parallel universes. For more spooky stuff, special LEGO Star Wars Terrifying Tales will see Poe and BB-8 venture deep into a mysterious castle, face their fears and stop an ancient evil from rising.

Get streaming on Disney+More titles on Disney+ this month 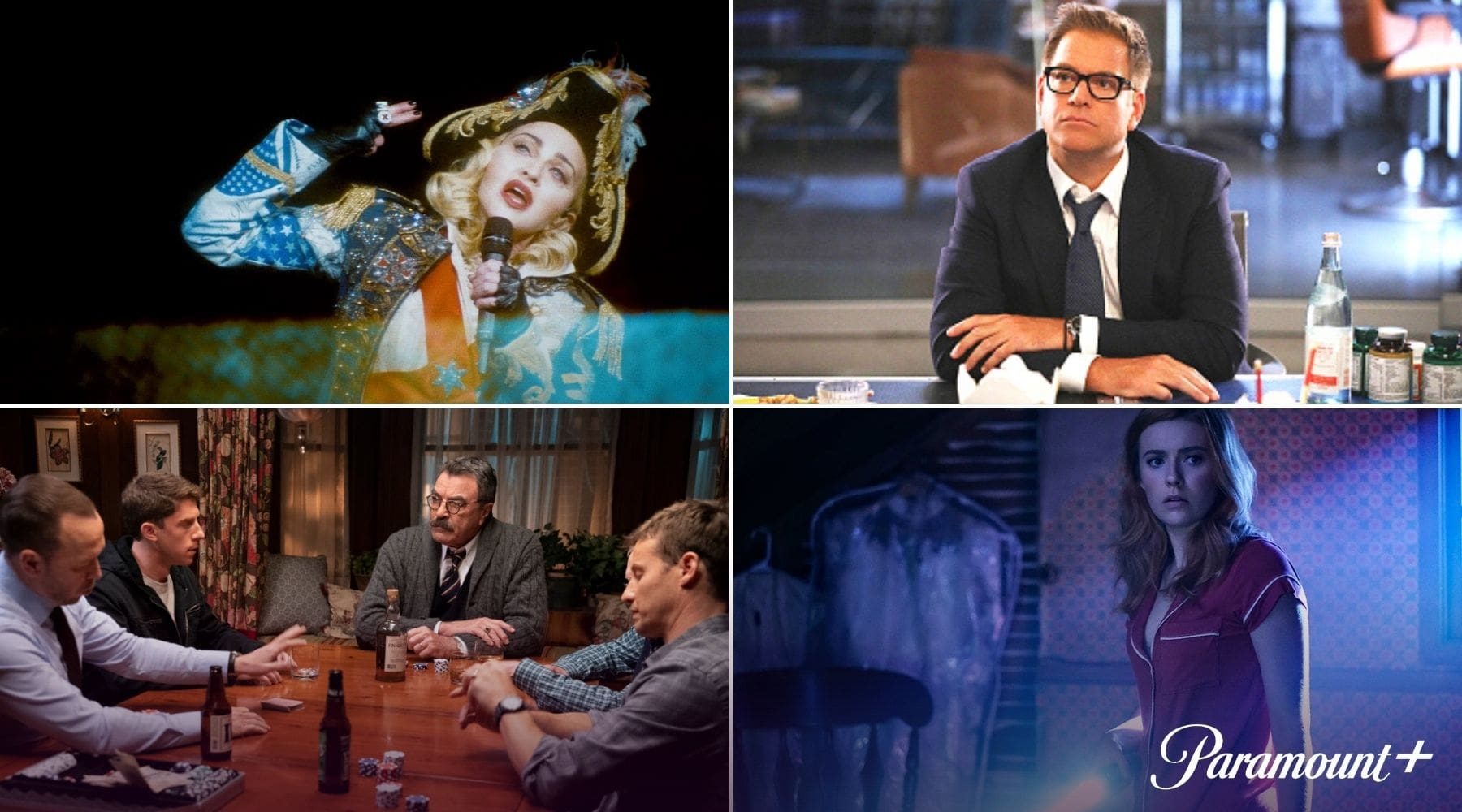 It's a busy month over at Paramount+, with October marking the premiere of new episodes for popular shows Blue Bloods, Bull, Nancy Drew, NCIS: Los Angeles and Seal Team.

Besides, there are plenty of original productions in store. Highly anticipated reboot CSI: Vegas sees William Petersen and Jorja Fox returning to the roles they made famous. Guilty Party is a new dark comedy that stars Kate Beckinsale as a down-on-her-luck journalist struggling to salvage her career by writing the story of a lifetime.

Not enough? An Australian production, Spreadsheet is a comedy about a freshly divorced mother (Katherine Parkinson) looking for sex without commitment. Madonna's highly anticipated documentary film, Madame X, premieres exclusively on Paramount+ this month too.

On the movie front, you might want to check out horror Paranormal Activity: Next of Kin, outrageous comedy Queenpins or sexy thriller Trust.

BritBox is bringing subscribers season 2 of the All Creatures Great and Small reboot as well as true crime drama The Secret, about 2 adulterous lovers turned murderers. You can also watch all series of Red Dwarf and an exclusive remastered 4K version of Brideshead Revisited, just in time for the show's 40th anniversary.

Over at Acorn TV, gear up for new episodes of My Life Is Murder, Lost Letters Mysteries and Family Business. As for hayu, you might like Unidentified with Demi Lovato, a docu-series which sees the pop star investigating all things alien. New episodes of beloved reality show Below Deck will also premiere this month.

For those who prefer their entertainment free, SBS On Demand premieres original series New Gold Mountain, which tells the remarkable story of the Chinese miners who arrived in the Victorian Goldfields back in the 1850s to try to make their fortune. Other highlights for October include Departure season 2, Back to Life season 2 and new political thriller Red Election.