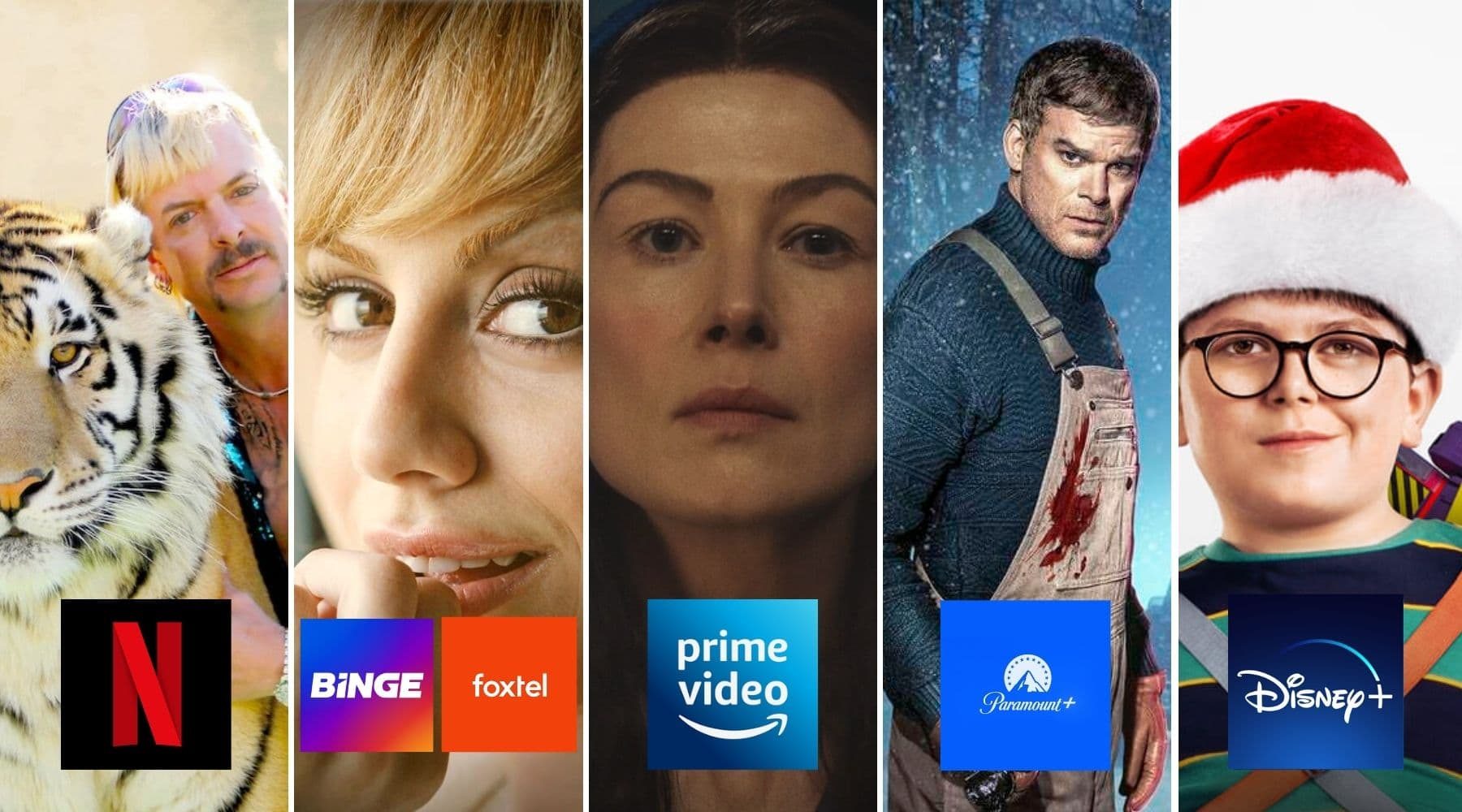 The good news is there's plenty to watch this month. The bad news is that your social life will suffer.

Streaming services deliver fresh content every month, but November is something else. There are a lot of exciting goodies coming our way, from highly-anticipated new series to returning favourites.

The countdown to the holidays is officially on, with Christmas movies just around the corner to revive that dormant jolly spirit. Also, Dexter, 4400 and Gossip Girl are back. Before you ask, no, you haven't travelled back in time. It's still 2021.

Check our highlights below or scroll down for the complete list of new titles heading to streaming in November. 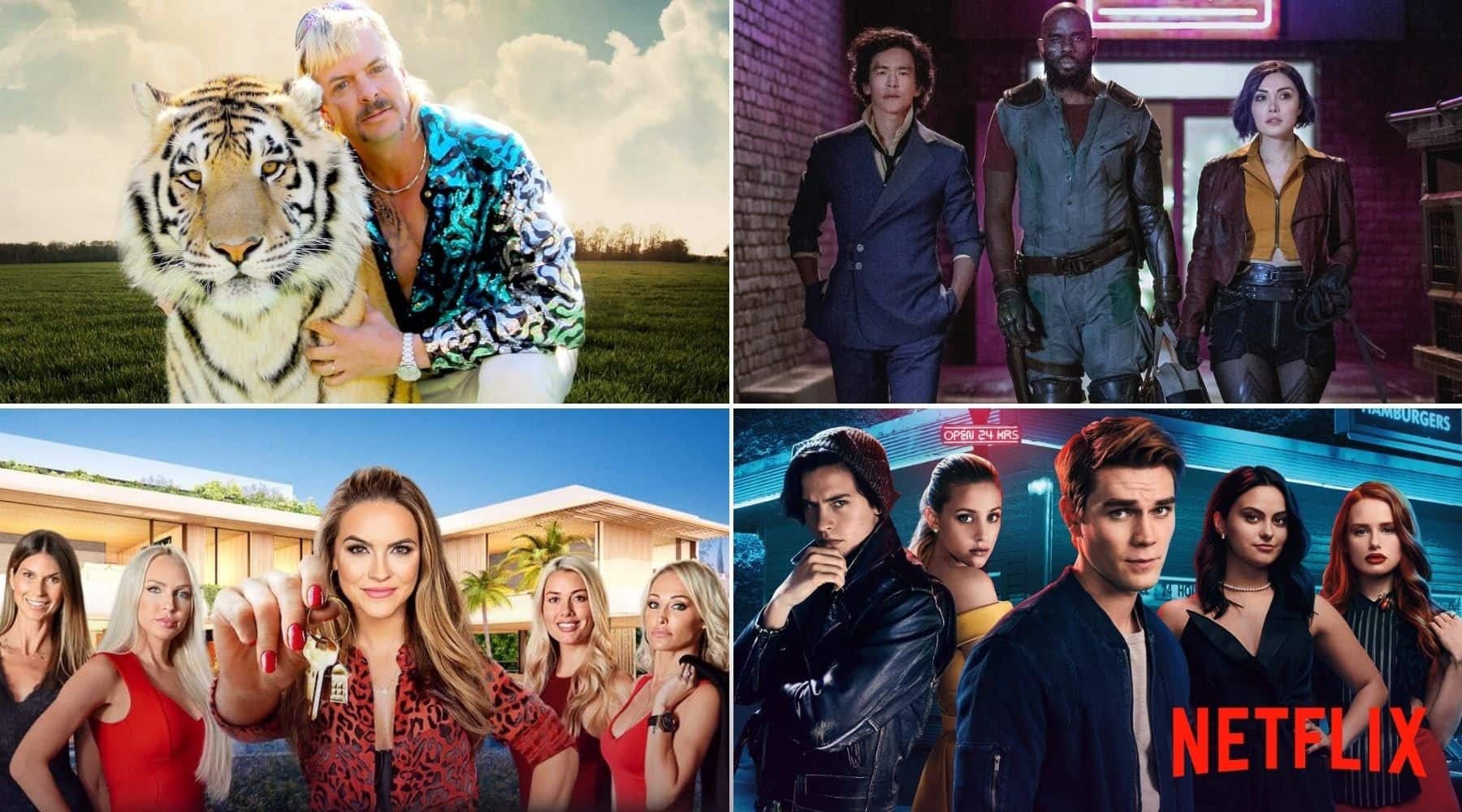 On Netflix, get hyped for Cowboy Bebop, a live-action adaptation of the beloved anime of the same name. The show stars John Cho, Mustafa Shakir and Daniella Pineda as a ragtag crew of bounty hunters who chase down the galaxy's most dangerous criminals.

Big Mouth, Riverdale, Narcos: Mexico, Selling Sunset and F is for Family return with new seasons. You might also enjoy True Story, a limited series starring Kevin Hart and Wesley Snipes as brothers who share a secret. Oh, and popular docu-series Tiger King is making a return with season 2.

On the movie front, action blockbuster Red Notice stars Dwayne Johnson, Ryan Reynolds and Gal Gadot as an FBI agent and 2 rival criminals respectively. It looks like an action-packed and funny affair. Or perhaps you might like revenge Western The Harder They Fall, with Idris Elba and Regina King? Or tick, tick...BOOM!, a musical drama directed by Lin-Manuel Miranda and starring Andrew Garfield as a promising composer experiencing a quarter-life crisis?

Christmas delights include Love Hard, The Princess Switch 3: Romancing the Star and Father Christmas Is Back.

What's new on BINGE and Foxtel 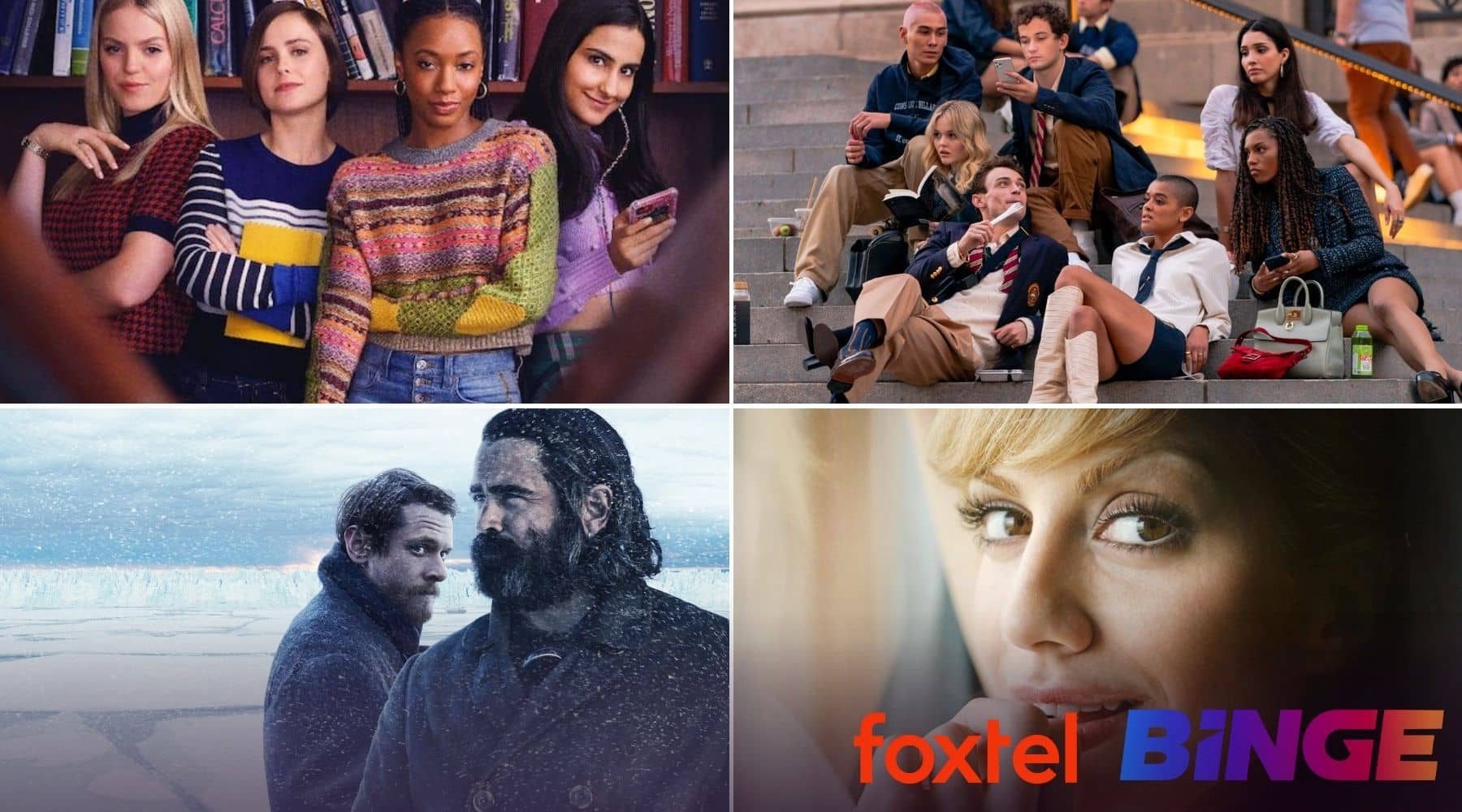 On BINGE, we recommend the new comedy The Sex Lives of College Girls, created by Mindy Kaling. The show chronicles the ups and downs of the college experience through the eyes of 4 roommates.

You might also want to check out What Happened, Brittany Murphy?, a documentary exploring the mysterious circumstances surrounding Murphy's death, and 80s comedy series reboot Head of the Class, about over-achieving high school students. The popular Gossip Girl reboot returns too with the second part of season 1.

All these titles will be on Foxtel as well. Other notable additions include Swedish series Beartown, based on Fredrik Backman's novel of the same name, and documentary special Music Box: Jagged, about Alanis Morrisette and her pivotal album Jagged Little Pill. 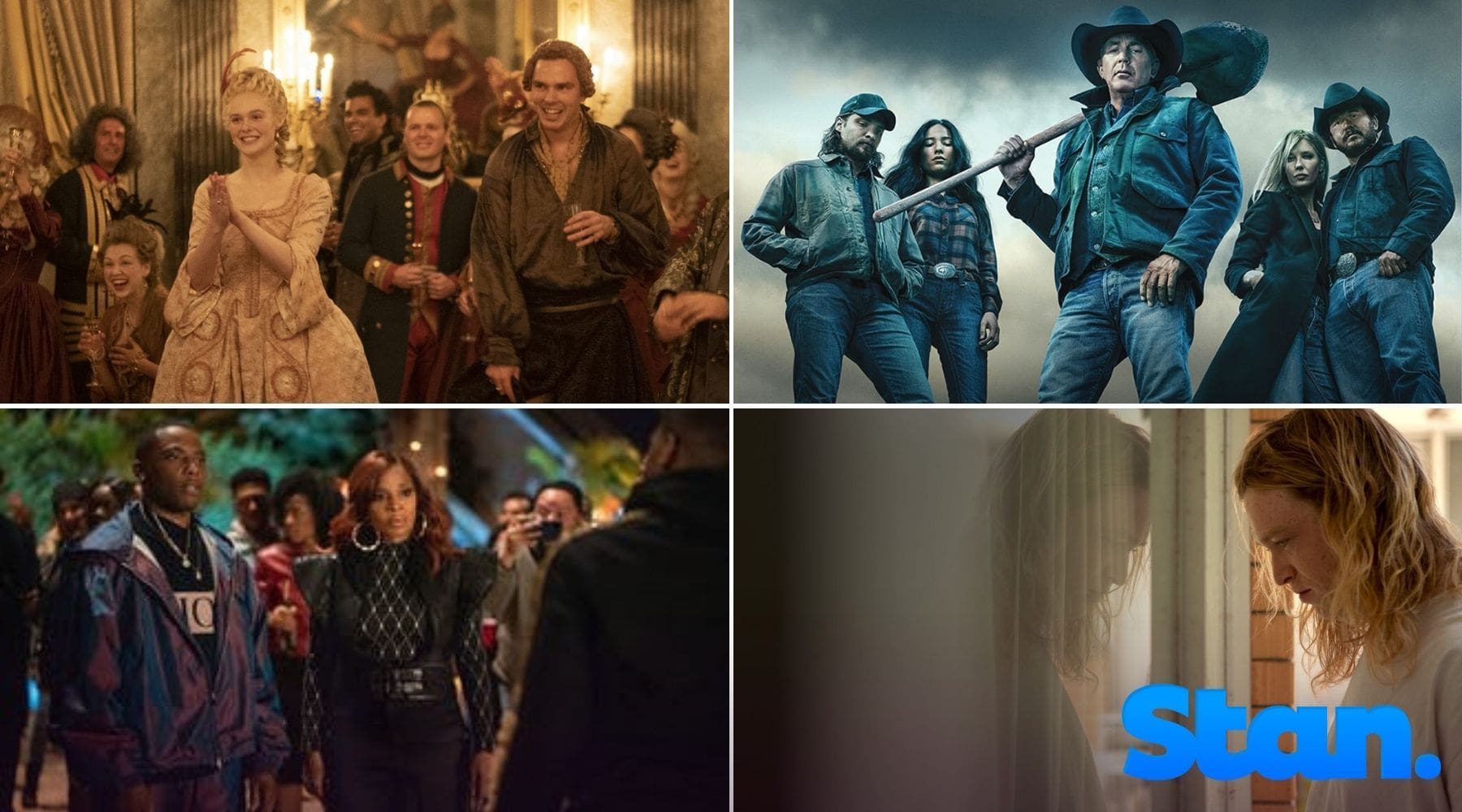 Over on Stan, November brings subscribers brand new seasons of Yellowstone, The Great, Power Book II: Ghost and Saved by the Bell.

There's also Nitram, an original film depicting the events leading up to the 1996 Port Arthur massacre in an attempt to understand why the atrocity occurred. The film premiered at the 2021 Cannes Film Festival, with Caleb Landry Jones winning Best Actor honours for his performance as lead character Nitram (based on Martin Bryant). 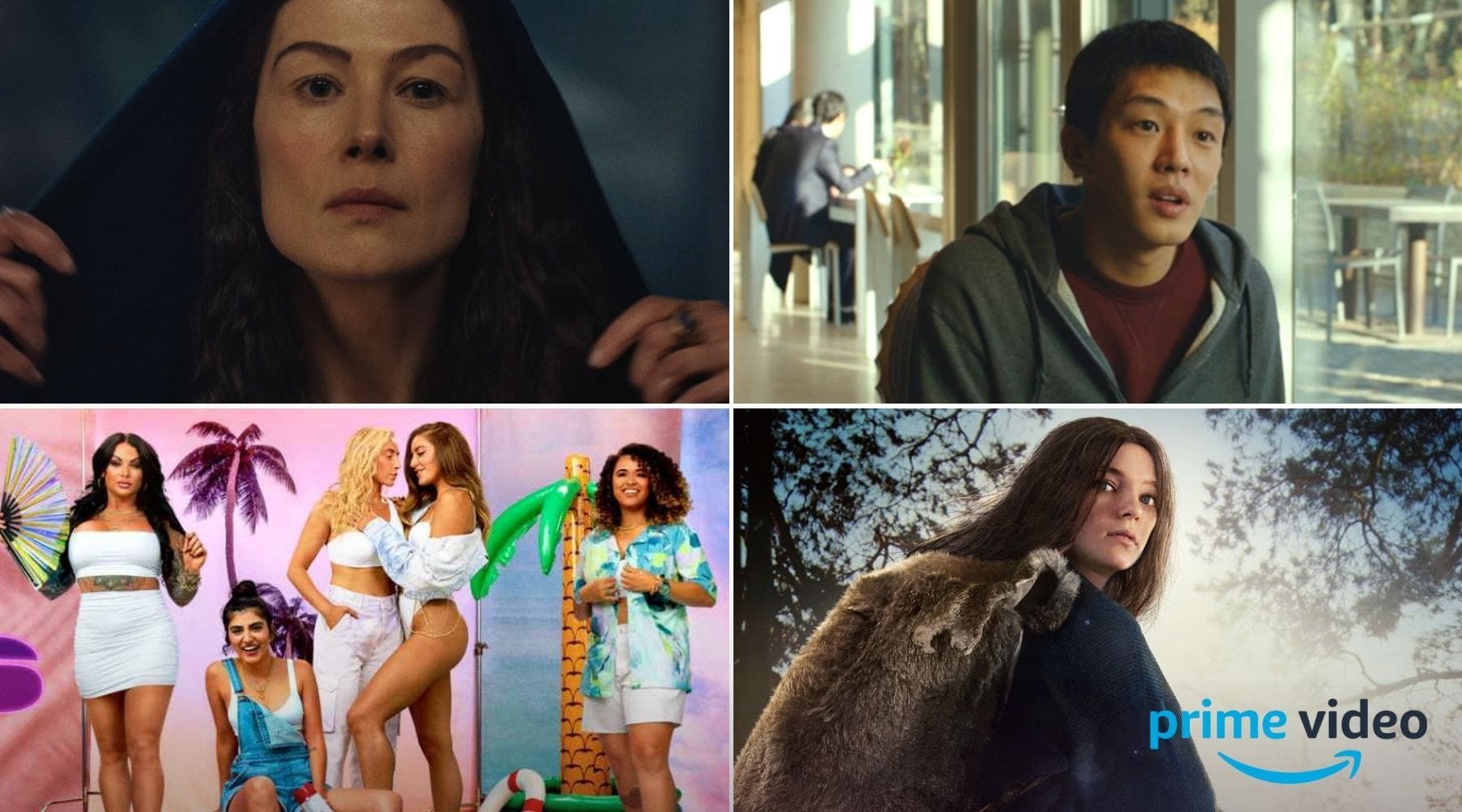 Fantasy fans have reason to get excited for November: Amazon Prime Video is releasing The Wheel of Time, based on Robert Jordan's best-selling novel series. The story revolves around Moiraine (Rosamund Pike), a member of an incredibly powerful organisation, as she embarks on a dangerous, world-spanning journey with 5 young people.

Elsewhere, the documentary Burning takes an unflinching look at the deadly Australian bushfires of 2019–2020, while Fever Pitch: The Rise of the Premier League explores the creation of the EPL, featuring icons like Eric Cantona, David Beckham, Vinnie Jones and Alan Shearer. Subscribers can also watch season 3 of action drama Hanna, which follows a young girl raised to become an assassin, plus new reality show Tampa Baes.

What's new on Disney Plus 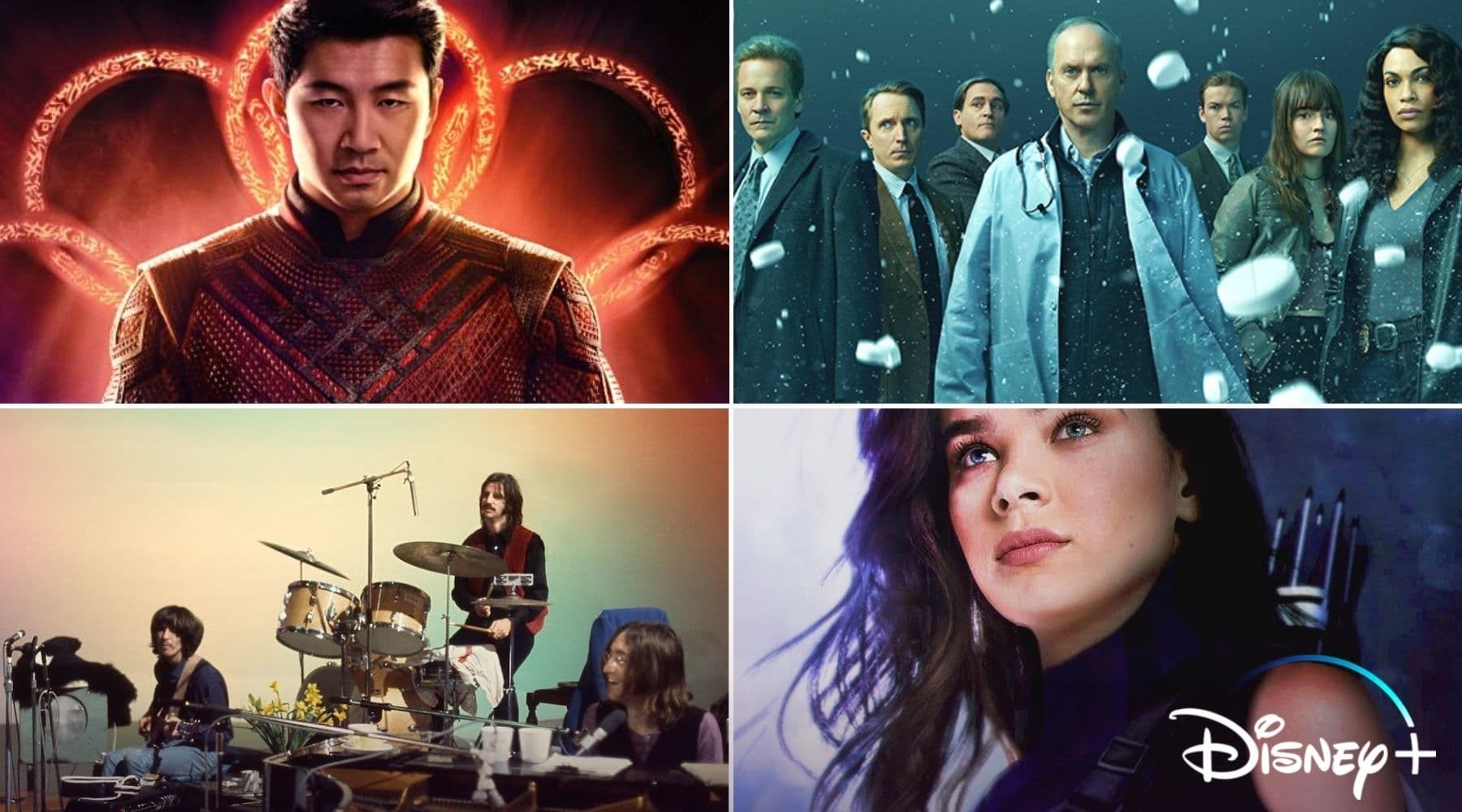 Disney Plus is celebrating 2 years on 12 November, marking the anniversary with the release of a whole bunch of content. The list includes original movie Home Sweet Home Alone and miniseries Dopesick, which focuses on America's struggle with Opioid addiction. Subscribers will also be able to stream Shang-Chi and The Legend of The Ten Rings and Jungle Cruise for no extra fee.

Later in November we're getting the premiere of Marvel series Hawkeye and 3-part docu-series The Beatles: Get Back, which covers the making of the band's 1970 album Let It Be.

Get streaming on Disney+More titles on Disney+ this month

What's new on Paramount Plus 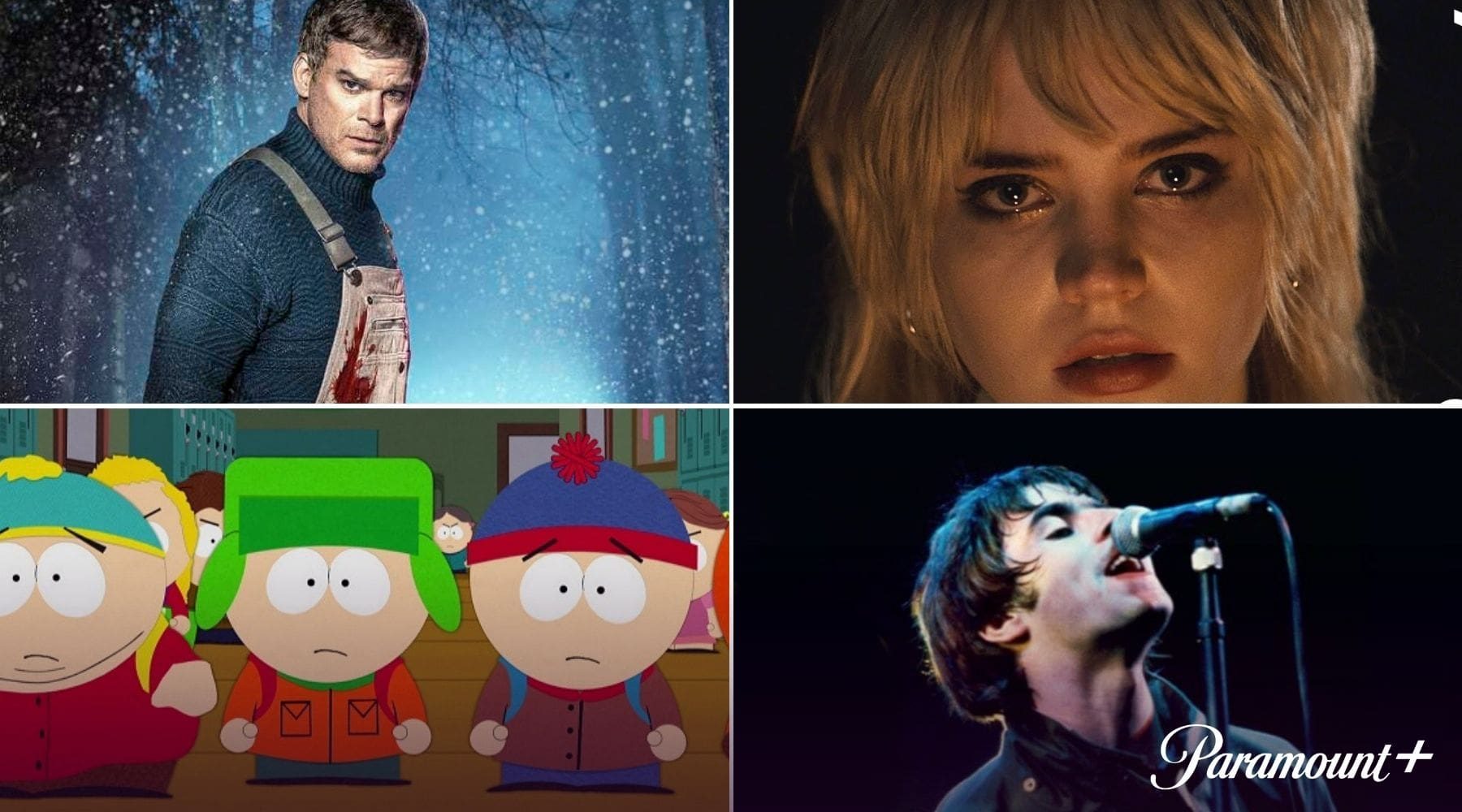 On Paramount Plus, everyone's favourite serial killer is back in Dexter: New Blood. The reboot follows the title character, who is living under a false name in a small town and is successfully controlling his Dark Passenger. All seems to be going well – until an unexpected encounter turns his world upside down.

We also recommend Yellowjackets, a series about a team of high school soccer players who become the (un)lucky survivors of a plane crash deep in the remote wilderness. The series chronicles the girls' descent from a thriving team to savage clans but also tracks their lives nearly 25 years later. Melanie Lynskey, Juliette Lewis, Christina Ricci and Tawny Cypress star.

Paramount Plus will also debut South Park: Post COVID, a special about the boys trying to get back to normal. Plus, a reboot of sci-fi series 4400, about 4,400 overlooked, undervalued and marginalised people who vanished without a trace over the last hundred years. They're back with no memory of what happened and no signs of ageing. Tune in to find out why.

For British telly enthusiasts, BritBox is premiering Crime, a drama written by Trainspotting's Irvine Welsh. Set in Edinburgh, it follows a detective who is investigating the disappearance of a schoolgirl while battling his own demons. November is also bringing subscribers Doctor Thorne, tale of forbidden romance, jealousy and status, as well as new seasons of Bancroft, Friday Night Dinner and A Touch of Frost.

Meanwhile, Acorn TV drops Dalgliesh, a mystery series revolving around an enigmatic detective and poet; Ladies of Letters, a comedy about 2 British widows who become best friends via letters; and Fortunes of War, a period drama following 2 members of the English community in Bucharest, Romania on the eve of World War II.

Fans of reality TV in general and the Real Housewives franchise in particular can look forward to Real Housewives: Ultimate Girls' Trip, available on hayu from 15 November. On SBS On Demand, you might want to check out season 2 of The Swiping Game, British crime drama Before We Die or Norwegian political thriller Furia. Finally, Shudder is premiering movies Dead & Beautiful and The Strings just in case you didn't get your fill of spooks for Halloween.