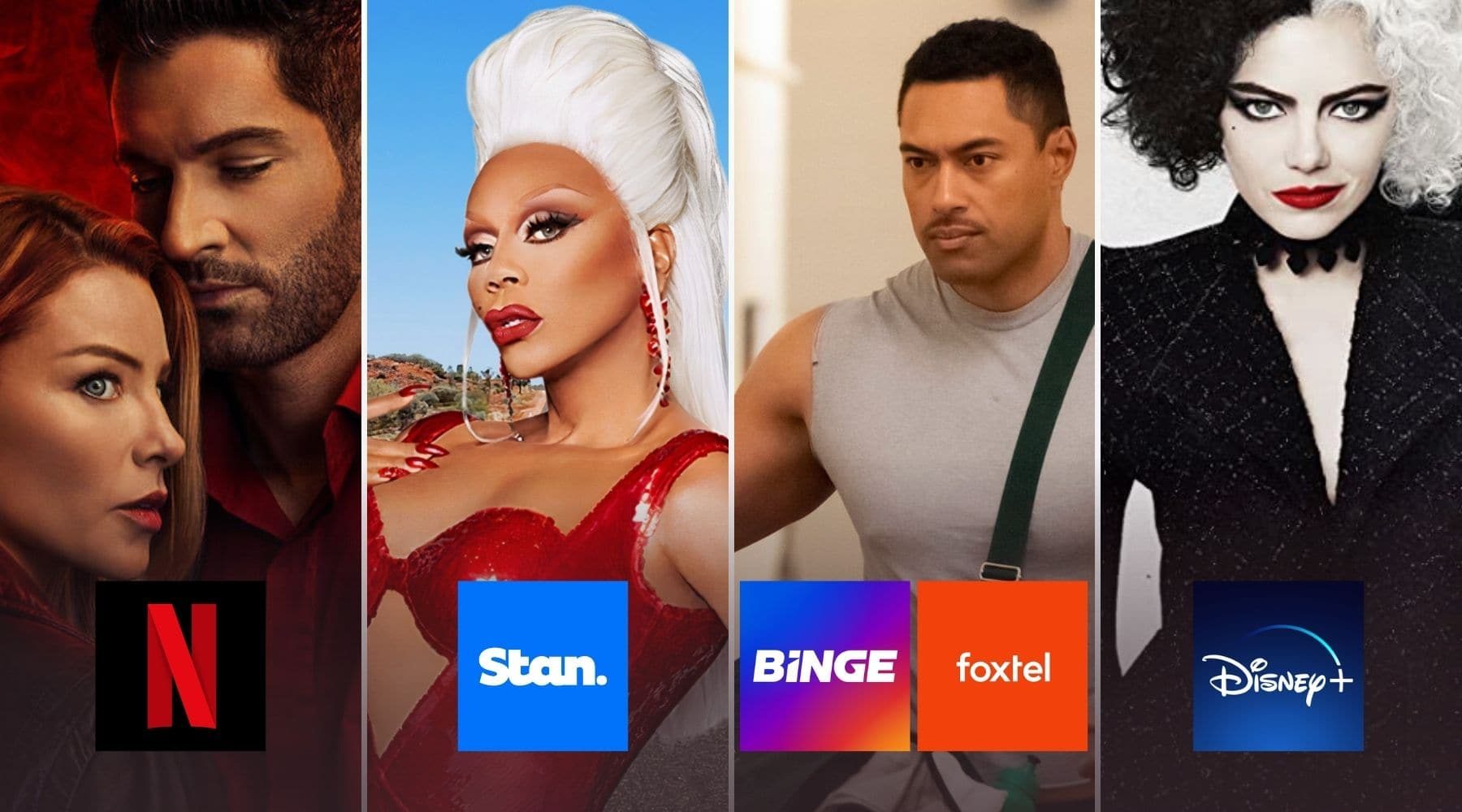 Highlights for May include Army of the Dead, RuPaul's Drag Race Down Under and The Underground Railroad.

Update: Since we published our article it has since been announced that the Friends reunion special will be coming to Australia 27 May.

Your time is limited. The amount of content on streaming services is not. That's why curating your watchlist becomes increasingly exhausting with each month. Thankfully, we're here to make your life just a little bit easier by pointing out what's worth marking your calendars for. Here are a few titles you should keep an eye out for in May.
Jump straight to the list

Over at Netflix, this month marks the release of Army of the Dead, a zombie heist movie directed and co-written by Zack Snyder. If you were a fan of Snyder's Justice League, this one should be right up your alley. The action follows a group of mercenaries who, in the middle of a zombie outbreak, venture into the quarantine zone for the score of a lifetime. Unfortunately, these zombies are fast and organised, so the group might not make it out alive.

On the TV front, May marks the return of several Netflix favourites like Lucifer, Love, Death & Robots, Who Killed Sara? and Master of None. You might also want to check out Jupiter's Legacy, a new show about super-powered children who struggle to live up to the legacy of their superhero parents.

BINGE has plenty coming your way in May as well. The list includes fresh episodes of Superman & Lois, Pose, Pennyworth and Prodigal Son. New sitcom Young Rock also looks promising. It's based on the life of professional wrestler and actor Dwayne Johnson, has solid reviews so far and explores The Rock's formative years.

As for movies, we recommend Unpregnant, about a teen who goes on a road trip with a friend in order to get an abortion. All these titles will be on Foxtel as well.

Next, Stan premieres exciting original series RuPaul's Drag Race Down Under, which marks the first time there has been a local version of the hit franchise in Australia. RuPaul will host, with drag icon Michelle Visage and comedian Rhys Nicholson on the main judging panel.

Another intriguing premiere this month is Girls5Eva, a new show executive produced by Tina Fey about a one-hit-wonder girl group from the 90s who reunite hoping to get a new chance at stardom. Other Stan highlights for May include new episodes of The Bold Type and The Girlfriend Experience, new series Intergalactic and the 2019 movie Pinocchio.

On Amazon Prime Video, May marks the release of The Underground Railroad, a limited series based on the Pulitzer Prize-winning novel of the same name by Colson Whitehead. The plot follows Cora Randall's desperate bid for freedom as she escapes from a plantation to discover a secret network of tracks and tunnels beneath the soil.

You might want to check out documentary P!nk: All I Know So Far and anthology series Solos, which explores what it means to be human and stars Morgan Freeman, Anne Hathaway, Anthony Mackie, Uzo Aduba and Helen Mirren, among others.

Disney+ brings subscribers a new animated series set in the Star Wars universe, Star Wars: The Bad Batch, which is both a sequel and a spin-off of Star Wars: The Clone Wars.

Plus a fresh Marvel animated series, M.O.D.O.K. A Star original, the new show revolves around a supervillain who is going through a midlife crisis and struggling to balance family life with his business endeavours.

May also marks the arrival of High School Musical: The Musical: The Series season two, as well as the release of Cruella, a 101 Dalmatians prequel starring Emma Stone. The movie will be available to Disney+ subscribers for an extra fee through Premier Access.

It also might as well be a May inclusion anyway as Nomadland dropped on Disney+ and Foxtel on the last day of April.

hayu has some of your favourite real housewives back. On 19 May a brand new season of Real Housewives of Beverly Hills drops.

If you're into British telly, Acorn TV premieres Whitstable Pearl, a seaside murder mystery based on Julie Wassmer's popular book series. Series 20 (!) of Midsomer Murders will also arrive on the platform this month.

Over at SBS On Demand, we recommend The Virus That Shook the World, a global documentary series filmed in over 20 countries that explores themes related to family, death and inequality. The platform will also fast-track the latest season of The Handmaid's Tale express from the US.