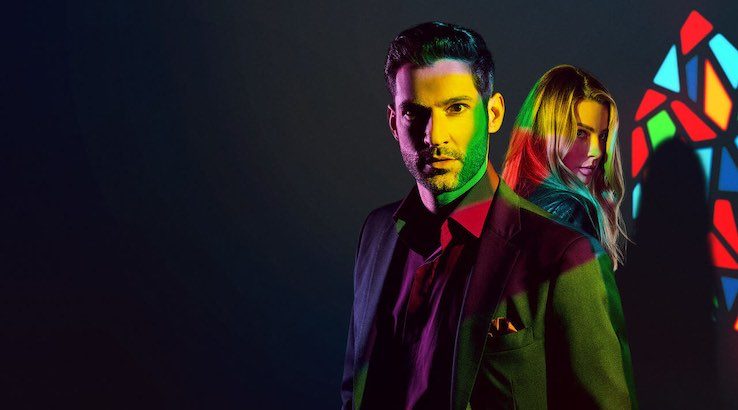 Ready to binge your way through August? Our comprehensive list will give you a head start.

UPDATE: Amazon Prime Video originally listed the film Harley Quinn: Birds of Prey as coming to the platform in August, however that's no longer the case. Prime Video has updated their list and will now instead have the animated series Harley Quinn. We've updated our article to show this.

Whether you subscribe to one streaming service or six, there's a lot of content you should be looking forward to this month. From exciting new shows to returning favourites and from blockbusters finally available on streaming to classic movie franchises, you can be as picky as you want. Here are some of the highlights.

As usual, Netflix is spoiling subscribers with new stuff. Lucifer will be back with Season 5, with The Rain, Selling Sunset, Greenleaf, Trinkets and 3% also getting new instalments. Plus, the first two seasons of Cobra Kai drop on the service come 28 August.

Speaking of Netflix, we recommend you tune in for Dirty John: The Betty Broderick Story, which is based on true events and sees Amanda Peet offer an excellent performance as a woman scorned. You might also want to check out Hoops, an animated series about a foul-mouthed high school basketball coach. It looks like a whole lot of fun.

On the movie front, Project Power looks intriguing – it revolves around an ex-soldier, a teen and a cop who collide in New Orleans as they hunt for the source behind a dangerous new pill that grants users temporary superpowers.

Over on Stan, original film I Am Woman premieres 28 August, based on the life of singer and feminist icon Helen Reddy. The cast includes Tilda Cobham-Hervey, Danielle Macdonald and Evan Peters.

You might also want to mark your calendars for Michelle Obama: Life After the White House, a documentary about the former US First Lady. And on 22 August, Stan premieres Portrait of a Lady on Fire, an intimate and deeply affecting period drama about freedom, love and desire. It has rave reviews and is enjoying quite the hype.

On Foxtel, all four seasons of drama The OC drop on 1 August, so you can plan your binge accordingly. We recommend I'll Be Gone in the Dark as well, a docu-series that acts as a gripping examination of the unsolved crimes of the Golden State Killer who terrorised California in the 1970s and 1980s. Plus, a new season of popular show Gogglebox is scheduled to premiere 26 August.

The OC and I'll Be Gone in the Dark will be available on BINGE as well. Or, you can relax with DC's Stargirl – all episodes of Season 1 will be streaming 25 August. The series follows teenager Courtney Whitmore as she inspires an unlikely group of young heroes to stop the villains of the past. Alternatively, you might be interested in Lovecraft Country, a new drama based on the 2016 novel of the same name by Matt Ruff.

Popular murder-mystery Knives Out arrives on Amazon Prime Video this month. All Hunger Games movies and Matrix movies are coming as well, in case you want to indulge in a couple of marathons. Leaning towards TV binges? All seasons of Orphan Black, The West Wing and 24 will become available in August.

On Disney+, original Phineas and Ferb The Movie: Candace Against the Universe is scheduled to drop on 28 August. The story follows stepbrothers Phineas and Ferb as they set out across the galaxy to rescue their older sister Candace who, after being abducted by aliens, finds utopia in a far-off planet, free of pesky little brothers.

If you prefer your entertainment to be free, SBS On Demand has some exciting goodies in store. Among them Season 1 of British romance drama Trigonometry, the first three seasons of US comedy Difficult People and intriguing new Australian drama series Hungry Ghosts.