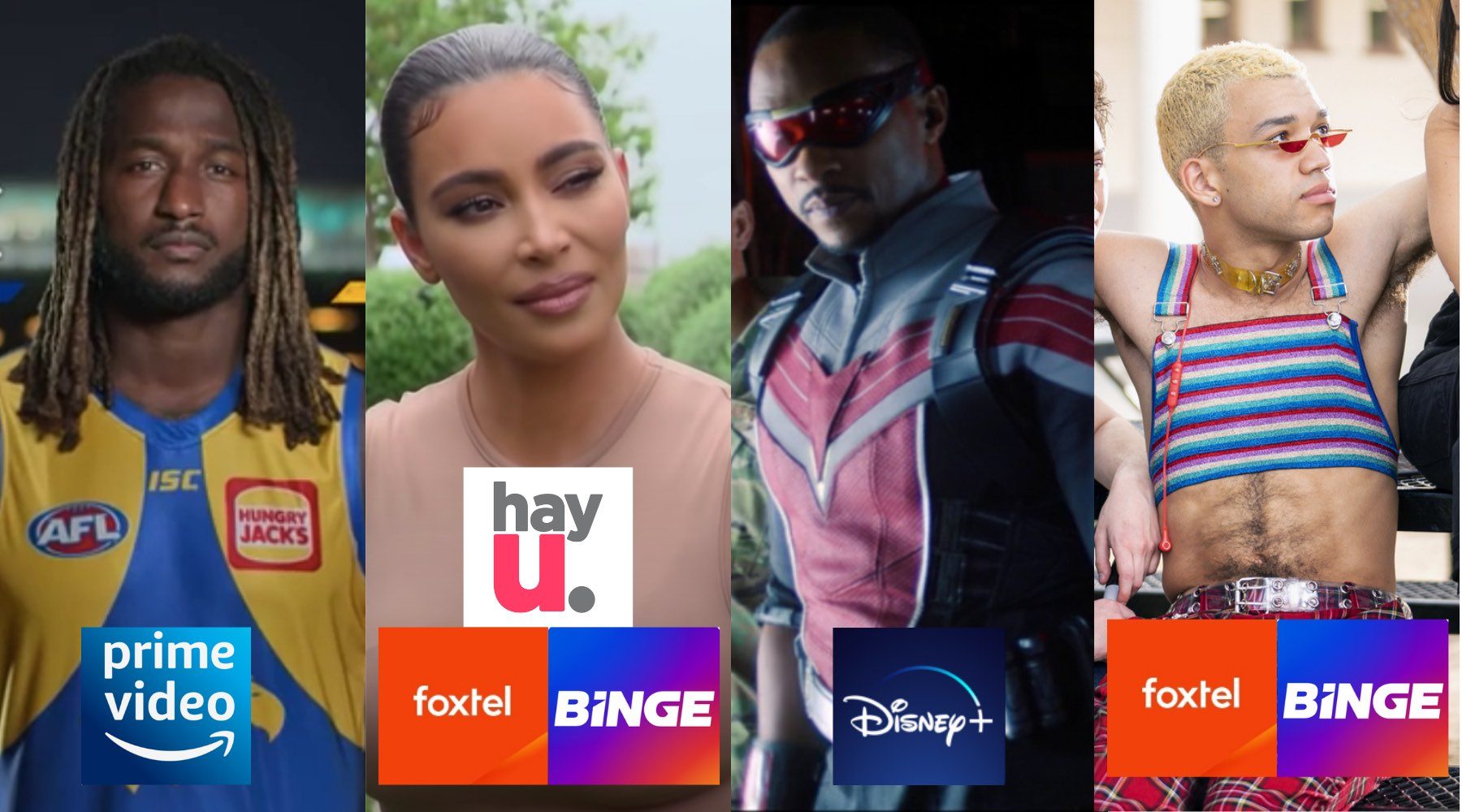 March is shaping up to be an exciting month if you're into superhero content.

From documentaries to superhero shows to highly anticipated movies, Aussie streaming services have something for everyone this month. Whether you want to take a hilarious trip with Eddie Murphy, embark on a global adventure with Captain America's best friends or catch up with your favourite The Walking Dead characters, you have plenty to look forward to this month.
Jump straight to the list
Over at Netflix, there's plenty that might catch your eye, but we're particularly intrigued by new original series The Irregulars.

The show centres on a group of misfits who work to solve supernatural crimes at the behest of Dr Watson and his elusive partner, Sherlock Holmes. If you're familiar with the famed Holmes, you might remember that his "irregulars" were street boys he reached out to in order to help him save cases. Looks like they're getting their own spin-off, with a supernatural twist to boot.

On the movie front, you might be interested in Yes Day, a comedy about a mum and dad who usually say no but decide to say yes to their kids' wildest requests on a whirlwind day of adventure. Or in Moxie, about a shy 16-year-old who publishes an anonymous zine calling out sexism at her school.

On, and it's going to be a fruitful few weeks for doco enthusiasts: Biggie: I Got a Story to Tell, Murder Among the Mormons and Operation Varsity Blues: The College Admissions Scandal all look promising.

BINGE has a fabulous month planned as well. DC fans will be able to stream the long-awaited Zack Snyder's Justice League. Also known as the Snyder Cut, it's basically the movie Justice League as director Zack Snyder had intended it before he left the film's production.

On the TV front, subscribers can stream Genera+ion, a teen dramedy produced by Lena Dunham, and a new season of zombie hit The Walking Dead. Also, we're getting new episodes of popular reality shows Keeping Up with the Kardashians and Married to Medicine Atlanta, plus a new instalment of beloved competition series The Great British Bake Off. All of these titles will be on Foxtel Now as well.

Next, Stan is treating subscribers to Shirley, an acclaimed movie starring Elisabeth Moss as the famous horror writer, who finds inspiration for her next book after she and her husband take in a young couple. We also recommend Bill & Ted Face the Music, the third movie in the Bill & Ted series starring Keanu Reeves and Alex Winter.

As for binge-worthy TV content, get ready for a new season of crime show City on a Hill and fresh series Head High, which charts the rise of two high school rugby stars.

On Amazon Prime Video, highly anticipated sequel Coming 2 America premieres this month. Starring Eddie Murphy and Arsenio Hall, it follows newly crowned King Akeem and his trusted confidante Semmi as they take yet another trip to the United States and engage in all sorts of shenanigans along the way.

The streaming service is also dropping Making Their Mark, a docuseries that follows players and executives from six AFL teams as they pursue their goal of earning an AFL grand final victory. The series promises to take us behind the scenes of an eventful season, which means showing us everything from field collisions to family life and locker room banter. It'll be similar to the cricket docuseries The Test, so this should definitely be on your watchlist.

It's going to be a big month for Disney+, with a new Marvel show scheduled to drop on 19 March. The Falcon and the Winter Soldier revolves around the two characters as they team up for a riveting global adventure. March also marks the premiere of TV show The Mighty Ducks: Game Changers, based on the popular 1990s movie The Mighty Ducks.

Finally, subscribers will be able to purchase new release Raya and the Last Dragon for an extra fee. And in case you hadn't seen the news earlier this week. Disney+ has dropped over 100 shows you couldn't previously watch in Australia. Given how late in the month it happened they may as well count as new in March.

Reality TV fans will be happy to know that the final season of Keeping Up with the Kardashians will be on hayu as well. As for fans of freebies, SBS On Demand highlights include Shadowplay, Beforeigners and Laetitia.

Have you checked out the latest 600+ shows and movies on Disney+ thanks to Star. Otherwise you can compare every Australian streaming service here.