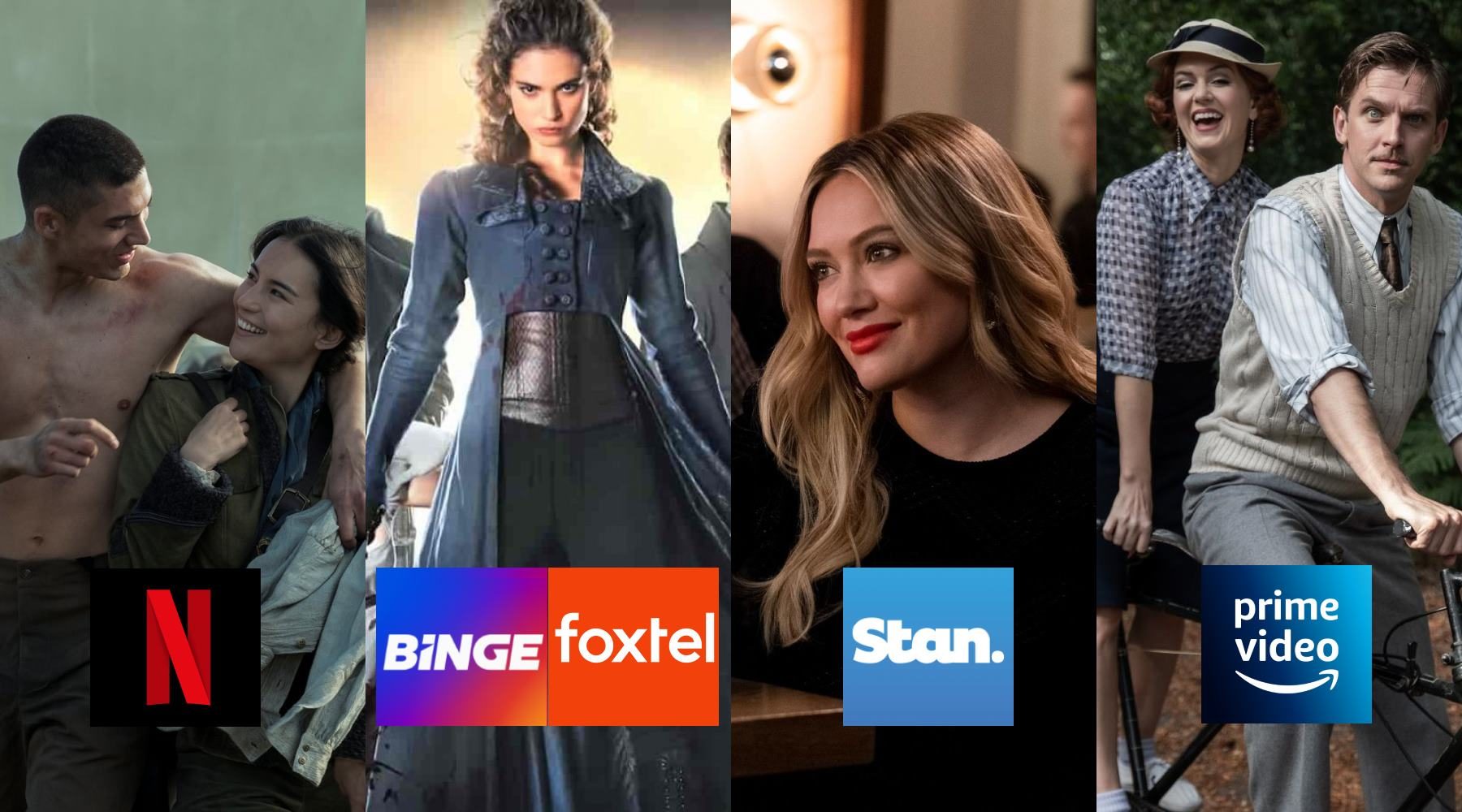 The arrival of April brings new shows and movies to add to your watchlist.

How is 2021 going so far? Did you enjoy WandaVision? Argued online about Zack Snyder's Justice League? Indulged in a rewatch of your all-time favourite show? Whatever the case, streaming services show no sign of slowing down, so there's even more content coming in April that is sure to catch your eye.

Over at Netflix, April marks the arrival of Shadow and Bone, a series based on Leigh Bardugo's beloved Grishaverse novels. The action follows a mapmaker who discovers that she has a powerful ability which may be the key to saving her country from dark forces.

On the movie front, mark your calendars for Thunder Force, which stars Octavia Spencer and Melissa McCarthy as childhood friends who reunite as an unlikely crime-fighting duo when one of them invents a formula that gives ordinary people superpowers.

We also recommend Love and Monsters, set during a monsterpocalypse and revolving around a boy looking to reconnect with an ex. The movie was nominated for an Academy Award for Best Visual Effects, so you might want to watch it on the biggest screen you can.

BINGE has plenty in store for April as well. This includes The Nevers, a fantasy drama series about a group of Victorian women who suddenly possess supernatural abilities, fighting for a place in London society. And Mare of Easttown, a limited series starring Kate Winslet as a detective investigating a murder in a small town.

Other BINGE highlights for this month include all seasons of heartfelt sports drama Friday Night Lights and the complete first season of Black Narcissus, about a group of nuns who struggle to establish a convent in the Himalayas. The Nevers, Mare of Easttown and Black Narcissus will be available on Foxtel as well.

Next, Stan is home to several exclusive premieres in April, including Younger season seven, new episodes of critically acclaimed show Everything's Gonna Be Okay and Godfather of Harlem season two.

Original series No Activity will be back with an animated season four, which finds Special Agent Nick Cullen realising his dream of joining the FBI. Plus, we recommend the offbeat series Made for Love, an absurd story of divorce and revenge starring Cristin Milioti.

On Amazon Prime Video, this month brings an appealing horror anthology, THEM. The first season centres on a Black family who move from North Carolina to an all-white Los Angeles neighbourhood back in the 50s.

You might want to also check out Tom Clancy's Without Remorse, a spin-off of the Jack Ryan film series starring Michael B. Jordan.

Disney+ will continue to release new episodes of popular shows The Falcon and the Winter Soldier and Mighty Ducks: Game Changers. The streaming service will also premiere Big Shot on 16 April, a new show that stars John Stamos as a basketball coach forced to take a job at an elite all-girls private high school.

Although not originally on the April slate both Disney+ and Foxtel will add Oscar winner Nomadland on 30 April.

SBS On Demand is bringing the fourth season of popular series The Handmaid's Tale to Australia this month. You'll also be able to watch The Tailings, an original series set in the rugged landscape of Tasmania's west coast, which revolves around a young girl's investigation into her father's death.

As far as reality TV is concerned, hayu is dropping new episodes of The Only Way Is Essex, Made In Chelsea and Top Chef. Meanwhile, if you're a fan of popular British series Line of Duty, you'll be happy to know that the highly anticipated season six will be available to stream in Australia on BritBox from 1 April.