New on Netflix, Stan, Foxtel, Prime Video and SBS On Demand in April 2020 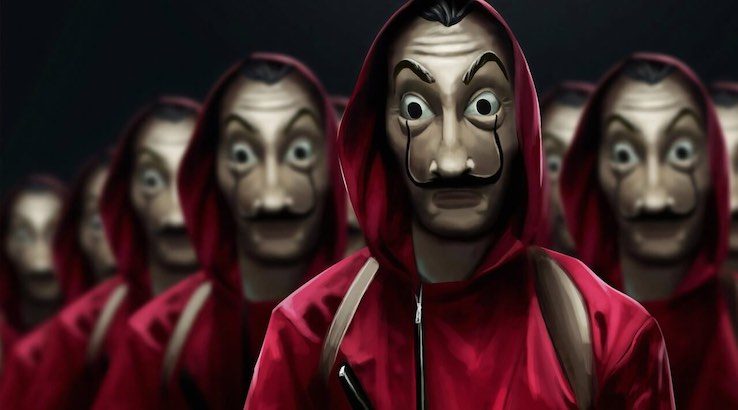 Make the most of staying in with these highly-anticipated titles.

From the return of some beloved series to iconic movies and fresh TV shows, there’s plenty to look forward to in April, at least as far as streaming is concerned. And since you’re spending more quality time inside, now is the perfect time to indulge – whether we’re talking about finally catching up with that prestige drama or unwinding with a healthy helping of comedy. In fact, the first week of April has quite a bit.

Netflix kicks off April in style with Part 4 of La Casa de Papel (Money Heist) and all episodes of cult sitcom Community. We’re also getting new instalments of Nailed It!, Terrace House: Tokyo and After Life. Looking for new shows to keep you busy while social distancing? Check out Never Have I Ever, Brews Brothers, The Midnight Gospel and Outer Banks.

As for original movies, highlights include Tigertail, Coffee & Kareem, Extraction, The Main Event and Sergio. Add in all the licensed titles coming in April (How to Lose a Guy in 10 Days!) and your month is pretty much sorted.

Over at Stan, original Bloom returns with Season 2. If you need a refresher, the show follows the inhabitants of a town where a youth-restoring plant is discovered. As you can imagine, that leads to some tough decisions and dire consequences. Make sure you catch up with the first instalment before the second one arrives on 9 April. The streaming service is also dropping some fresh series, most notably Penny Dreadful: City of Angels, Mrs. Wilson, Little Drummer Girl and The Baker and The Beauty.

Foxtel is also treating subscribers to heaps of new content in the following weeks. Besides tons of movies, subscribers can binge all seasons of iconic sitcom Seinfeld, new episodes of The Real Housewives of NYC, Season 3 of Future Man and the fourth instalment of Insecure. As for new series, you don’t want to miss Mrs. America. The series stars Cate Blanchett and follows the true story of the feminist movement's efforts to ratify the Equal Rights Amendment and the unexpected backlash led by conservative Phyllis Schlafly.

Meanwhile, Prime Video is dropping new sci-fi series Tales from the Loop, which should be a treat for fans of the genre. The show focuses on the residents of a small town living about a machine built to break the conventions of reality. Fun!

Finally, SBS On Demand is keeping users busy with fresh shows Party of Five, Reprisal and Taken Down. We highly recommend you tune in for Season 4 of acclaimed legal drama The Good Fight, which premieres 16 April.