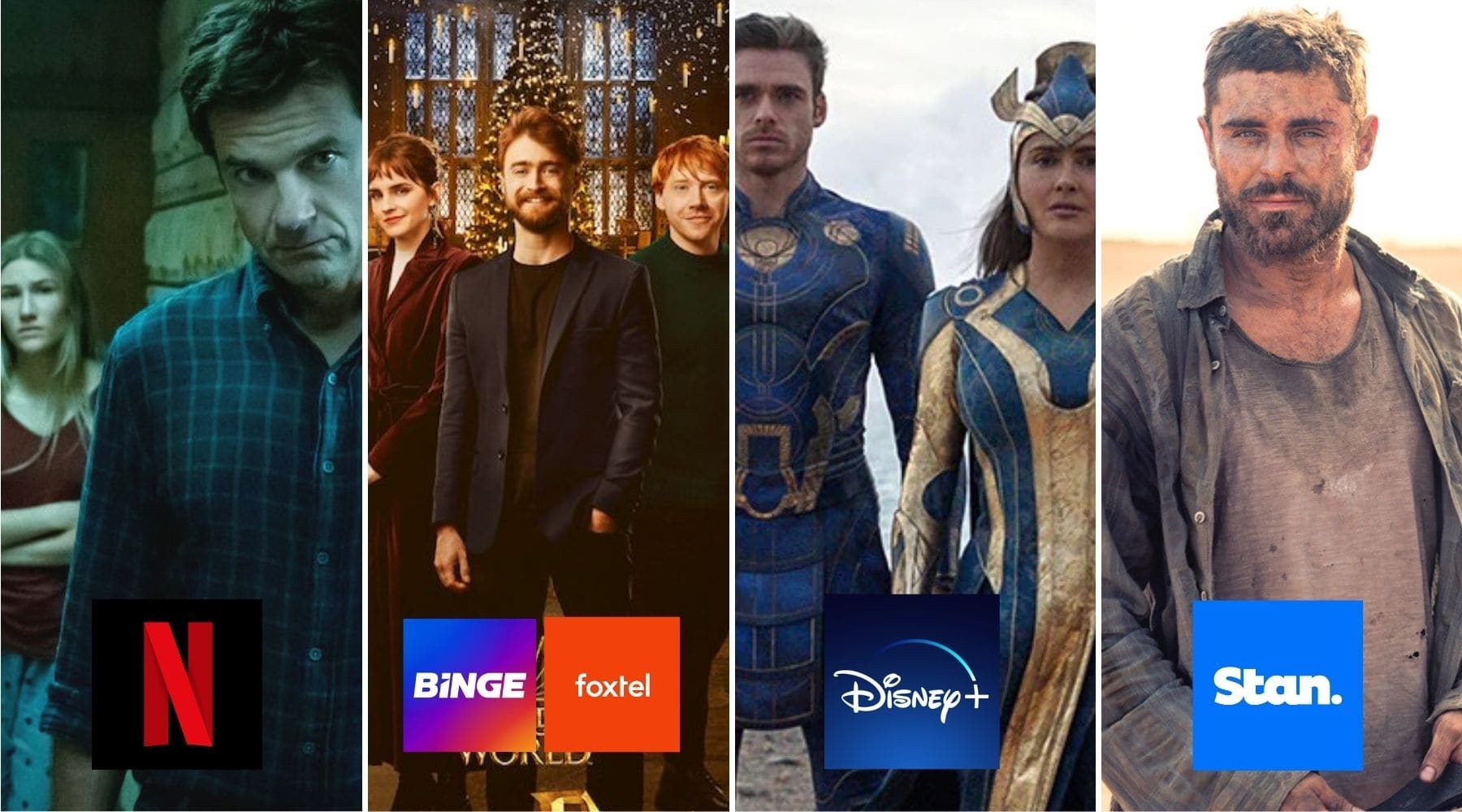 Highlights for January include a Harry Potter reunion, a whole bunch of Australian originals and new seasons of beloved shows.

Planning to spend the month catching up with all the titles you might have missed in 2021? Streaming services have something else in mind, from Harry Potter to Ricky Gervais and everything else in between.

Every online platform seems eager to start the year with a bang, releasing appealing TV shows and movies that will keep you in front of you preferred screen for hours on end.

Is this an organised effort to prevent you from cutting back on streaming subscriptions in the New Year? Perhaps. Either way, the below list is packed, promising an epic month of content. 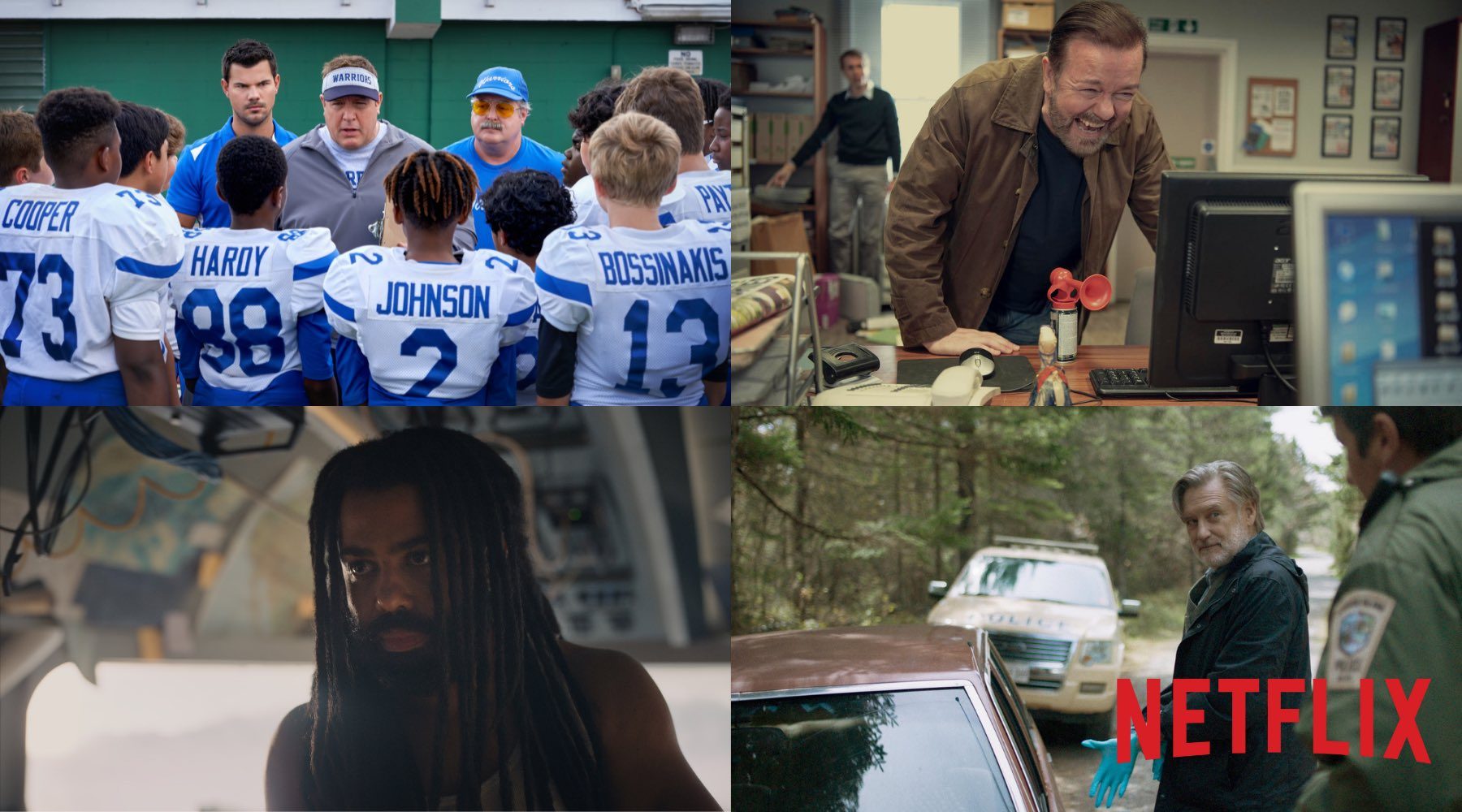 On Netflix, the first month of 2022 brings us new seasons of favourites like Ozark, The Sinner, Snowpiercer, After Life and Too Hot to Handle.

Viewers who loved Squid Game might like All of Us Are Dead, a Korean series set in a school where a zombie virus breaks out. If you're into psychological thrillers and don't mind parodies, The Woman in the House Across the Street From the Girl in the Window looks like a hoot. Finally, the Rebelde revival is welcoming a new class of musical students. For those who grew up watching the original telenovela – we're pretty sure your heart just skipped a beat.

As for movies, Brazen stars Alyssa Milano as a mystery writer whose sister is murdered. She gets involved in the case and discovers that the sister led a double life as a webcam performer. We're guessing this detail considerably expands the suspect pool.

Fans of espionage films can look forward to Munich – The Edge of War, about former friends working for opposing governments who become reluctant spies as Hitler prepares to unleash hell by invading Czechoslovakia.

For something lighter, The Royal Treatment stars Mena Massoud as a prince preparing to marry out of duty rather than love. His world is turned upside down when he meets a hairstylist hired for the royal wedding.

What's new on BINGE and Foxtel 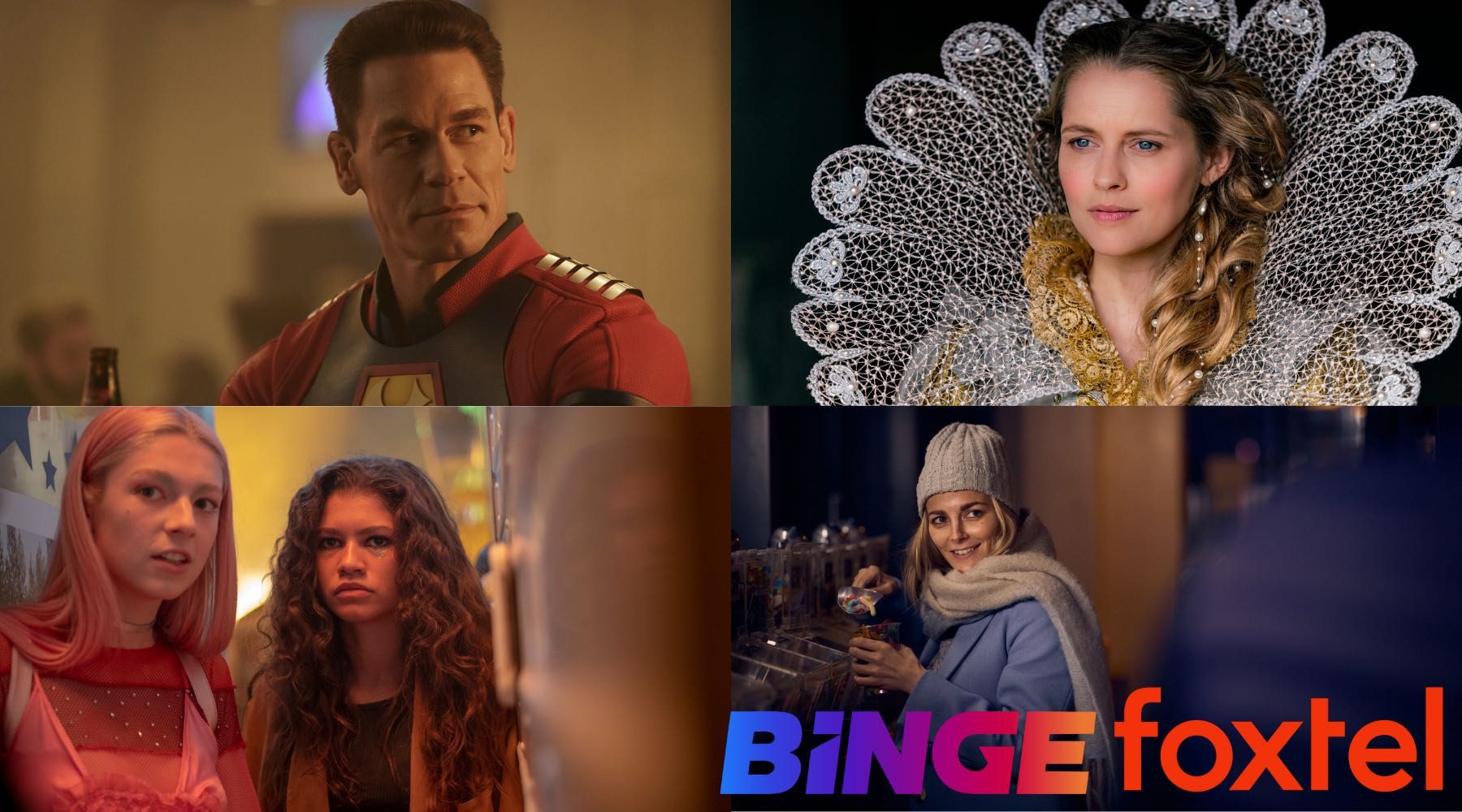 On BINGE, you can watch special Harry Potter 20th Anniversary: Return to Hogwarts express from the US on New Year's Day. If you're a fan of the films, test your wizarding knowledge with Harry Potter: Hogwarts Tournament of Houses, a competition series hosted by Helen Mirren. January also brings new episodes of Euphoria, with season 2 of the popular drama finally arriving. There is also a new season of A Discovery of Witches.

Elsewhere, new DC series Peacemaker debuts this month, starring John Cena as a superhero so dedicated to achieving world peace that he doesn't care how many people he has to kill in order to get there. You might remember him from 2021 movie The Suicide Squad. The show is a spin-off exploring his origin story.

These titles will be on Foxtel too. Plus, gear up for a fresh infusion of movies – F9: The Fast Saga, Mortal Kombat and The French Dispatch included. 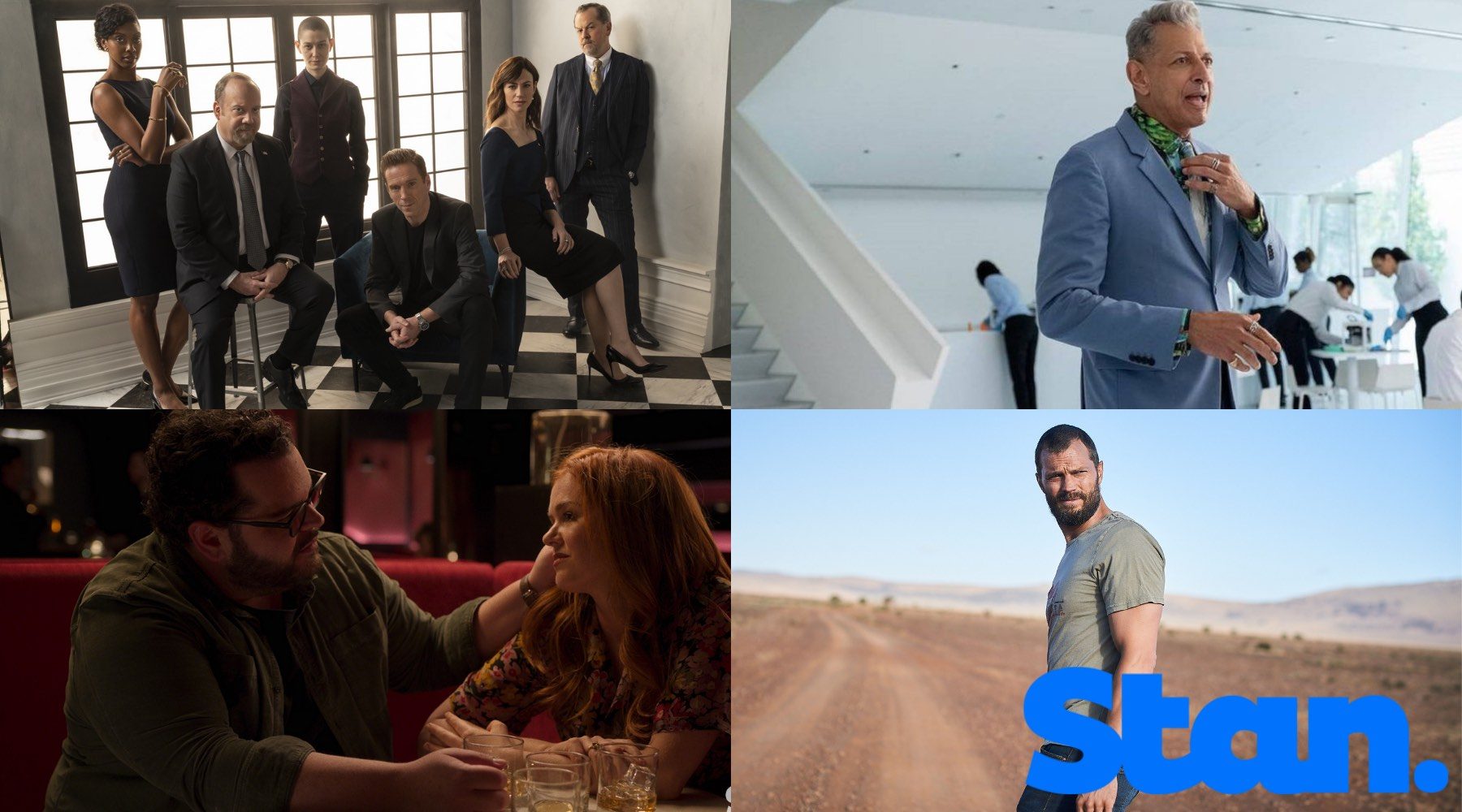 Starring Isla Fisher and Josh Gad, Wolf Like Me is described as a genre-bending drama about the baggage people bring to a new relationship. When Mary's universe collides with Gary and his 11-year-old daughter, they seem meant to be. As their connection deepens, however, the couple realises that their respective baggage might eventually tear them apart. We're not saying more, but there's a good chance viewers will be in for a big surprise.

Another exciting original series, The Tourist is a 6-part mystery thriller starring Jamie Dornan as a British man who finds himself in the glowing red heart of the Australian outback, pursued by a tank truck trying to drive him off the road. The man then wakes in the hospital, with no idea about how he got there or who he is.

On the movie front, you might want to check out Gold, an original film starring Zac Efron, which premieres on Australia Day. Set against the backdrop of a vast, unique and unforgiving landscape, Gold is a thriller about greed and the lengths people are willing to go to get their hands on a fortune. Fun! Over on Amazon Prime Video, 2 intriguing movies are set to arrive in January. Directed by George Clooney, The Tender Bar is a heartfelt coming-of-age story about a young boy who grows up in the glow of a bar under the close eye of his uncle, the bartender.

Hotel Transylvania 4: Transformania, meanwhile, is an animated tale that reunites your favourite monsters for an all-new adventure. It sees Drac and his pals transformed into humans and Johnny becoming a monster. That sounds like a good time for viewers of all ages.

You might also like As We See It, a new series about twenty-something roommates on the autism spectrum who navigate a world that eludes them. Or Shane, a documentary about Shane Warne, the greatest cricketer of a generation.

What's new on Disney Plus 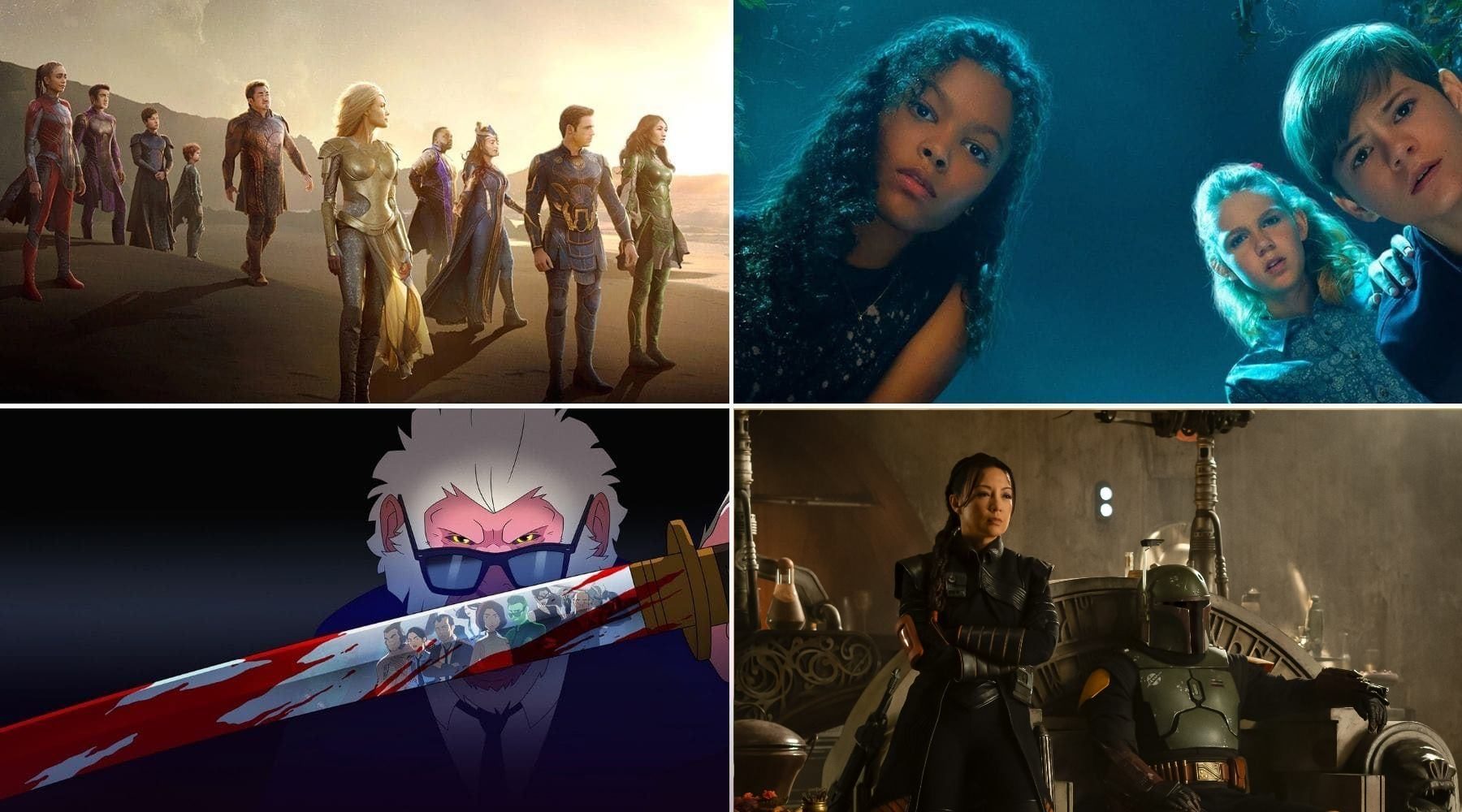 Disney Plus is premiering Hit Monkey, an adult animated series about a Japanese macaque who wreaks havoc in Tokyo's crime underworld. Additionally, fresh episodes of Star Wars: The Book Of Boba Fett arrive weekly on the platform and The World According To Jeff Goldblum returns with the second part of season 2.

Marvel's epic Eternals also drops on Disney Plus this month. If you missed it in cinemas, there's no time like the present to catch up. The movie follows a group of heroes from beyond the stars who were sent to Earth to protect it from dangerous creatures called Deviants.

Get streaming on Disney PlusMore titles on Disney+ this month

What's new on Paramount Plus 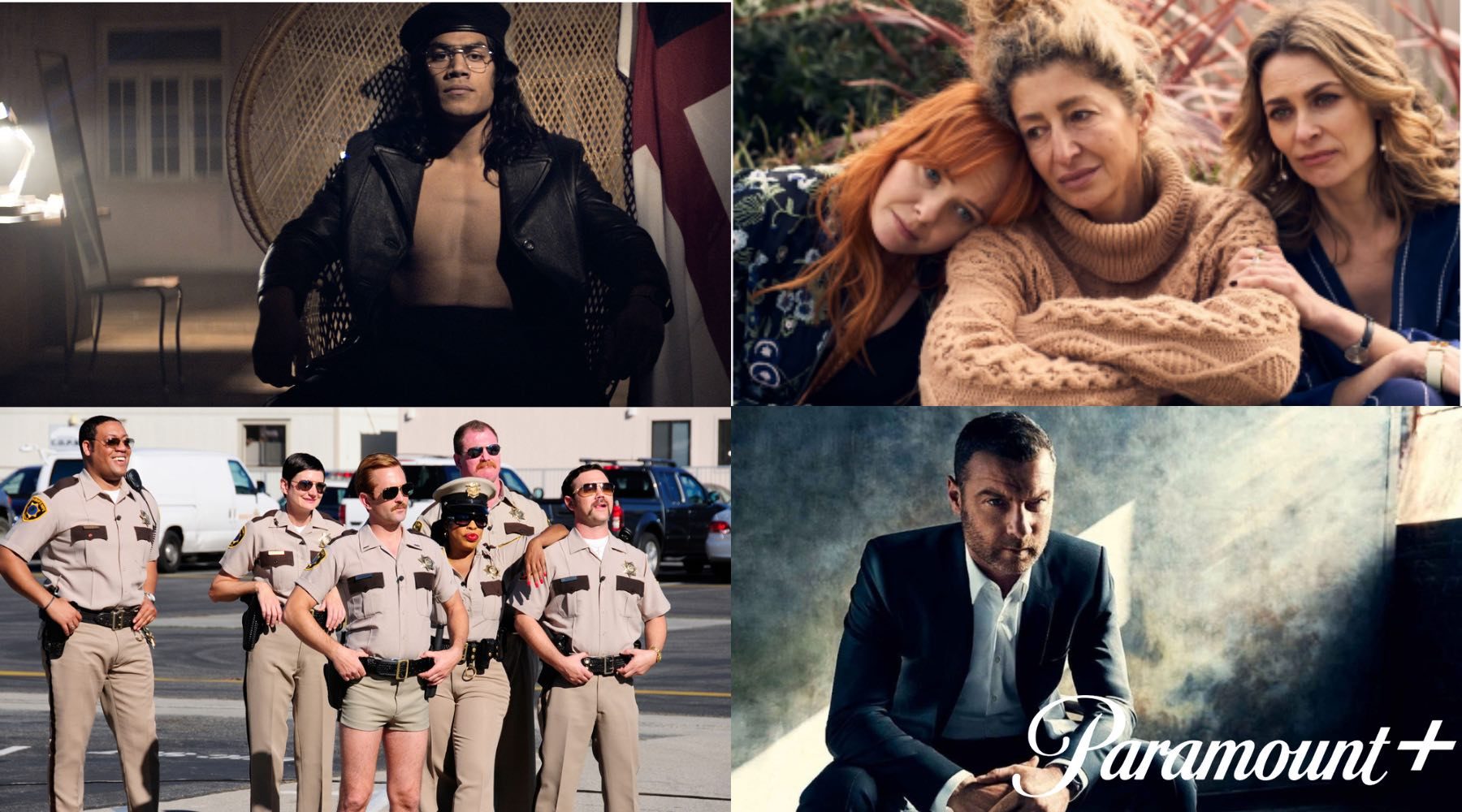 Paramount Plus is starting the year on a high by releasing the third season of beloved comedy-drama Five Bedrooms on New Year's Day. Another highlight for January is historical drama The Gilded Age, about New York millionaires in the 1880s. The series was created by the same people behind Downton Abbey and stars Christine Baranski and Cynthia Nixon.

Ray Donovan fans should mark their calendars for Ray Donovan: The Movie, which picks up where season 7 of the show left off. Mickey is in the wind and Ray is determined to find and stop him before it's too late. A Quiet Place II is also coming to Paramount Plus this month. If you loved the first movie, the sequel doesn't disappoint.

What's new on BritBox, AcornTV, Shudder and SBS On Demand

BritBox is starting 2022 with several exciting premieres. The Tower is a police thriller starring Gemma Whelan as a detective looking into two grisly deaths. Craving some laughs? Check out Alma's Not Normal, a critically acclaimed comedy starring renowned stand-up comedian Sophie Willan. Subscribers will also be able to watch season 3 of Stath Lets Flats and the latest season of Coronation Street.

Acorn TV, meanwhile, premieres season 2 of quirky series Queens of Mystery. If you want a new series to obsess over, The Madame Blanc Mysteries follows an antique dealer trying to find out if her husband's suspicious death was really an accident.

For viewers into thrills and chills, Shudder debuts original movie The Last Thing Mary Saw. A haunting period tale, it revolves around a young woman under investigation following the mysterious death of her family's matriarch.

Finally, SBS On Demand drops acclaimed drama Sorry for Your Loss, season 2 of Why Women Kill and season 7 of Canadian comedy Letterkenny.