Cars are increasingly coming with fancy new systems that make driving safer. Learn what all those three-letter acronyms stand for and whether they’re worth having.

Car manufacturers constantly develop new systems and devices that make driving safer and more conformable. New cars are increasingly being fitted with safety assist technology to help avoid collisions and, in some cases, to enable them to partly or wholly drive autonomously.

Many of the systems use the same components that will one day provide the foundation for driverless cars.

However, combining new car assists and features with safe driving habits is a great way to help decrease your chances of a serious accident. 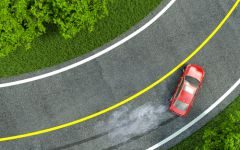 Autonomous emergency braking, quickly becoming a commonplace inclusion, uses sensors to warn the driver about collisions and, if necessary, autonomously apply the brakes. Cars with AEB have sensors, cameras, LIDAR (light detection and ranging) and radar systems to detect cars, humans, cyclists and large animals in front and to the sides of the vehicle.

The software constantly monitors this information and uses it to alert the driver of possible collisions. Some cars sound an audio alert or vibrate the steering wheel, others have voice commands. If no action is taken and a collision is imminent, AEB will do what its name suggests and slow or stop the vehicle. 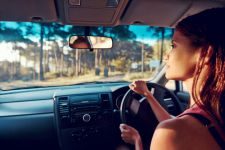 Adaptive cruise has taken analogue cruise control and enhanced it. Using sensors and cameras, the cruise control system can automatically increase or decrease speed based on what is happening up ahead, maintaining a preset distance. More advanced systems can bring the car to a complete stop (in traffic, for example) and then accelerate back to travelling speed when appropriate. Car manufacturers occasionally have their own names for ACC. These include Traffic-Aware Cruise Control (Tesla) and Toyota Safety Sense. 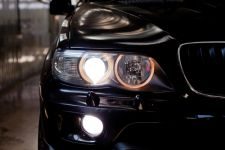 Your eyes follow the road but traditional headlights don't. That's where adaptive headlights come in.

They are linked to the steering system and swivel based on your direction of travel, to follow the road. This greatly enhances visibility during night drives. 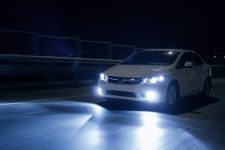 High beam assist detects oncoming traffic and dips your high beams accordingly. Helpfully, this can also be combined with an adaptive headlight system. 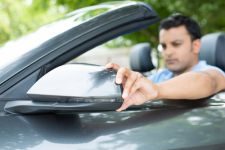 Having more eyes on the road is always a good thing and blind spot detection/monitoring helps with exactly that. Cars fitted with blind-spot detection have sensors that scan the sides of your vehicle and flash warning lights in your mirrors if there is a car or object in your blind spot.

Basic systems beep if you attempt to change lanes when it's not safe to do so and more advanced versions will intervene by auto-steering or braking, preventing you from changing lanes. 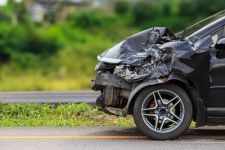 Emergency assist (sometimes called emergency call) detects if the car has been involved in a serious accident and automatically contacts emergency services.

In some vehicles, it activates when the airbags deploy. It can also guide emergency services to the car's location. 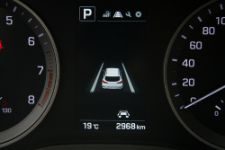 This feature could be a saviour for those who are momentarily distracted. It warns the driver, either through steering wheel vibrations or beeping, when the car changes lanes "unintentionally".

The systems use a range of inputs to determine how drowsy the driver is or if the car is changing lanes without indication. 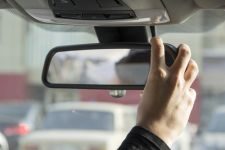 These are sensors on the back of the vehicle that help the driver avoid collisions when reversing.

The system monitors both sides of the car and warns the driver of any incoming objects. Advanced systems will autonomously brake if something is detected. 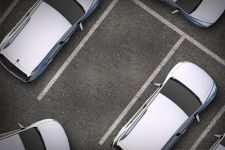 If you can find a parking spot, parking assist will help get you into it.

Cameras and sensors judge whether you will fit into the spot and if so, will guide your car in. It works for both reverse and parallel parking. 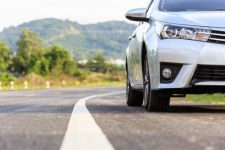 This is just like a reverse camera, but for all sides of the vehicle. External images from around the car are displayed on the dash to help when parking or performing fine manoeuvres. 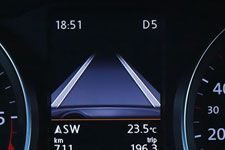 Lane keep assist goes by a few different names, but the principle of how it works remains the same. The vehicle detects if you're veering out of your lane (without indicating) and intervenes to steer you back on course. The system will sound a lane departure warning first.

You can get LKA-equipped cars from many major car brands now. They ordinarily have a camera to detect road markings. 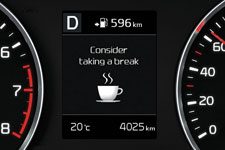 Several automotive manufacturers now incorporate a form of driver alertness monitoring. The feature has many different labels, depending on which car brand you're buying. By judging a driver's steering input, the vehicle's positioning in the lane and even your posture/eyes/head direction, the control module can determine if you've fallen asleep. Volkswagen's software can even identify if a driver is having a medical emergency and pull compatible cars safely to a stop. 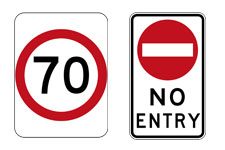 Speeding results in a driver having less time to react leading up to or during an accident. Higher-speed incidents are typically more severe and carry a higher chance of injury. Travelling too fast can also quite correctly land you with fines and demerits. A car with speed alert will prompt you if you're over the limit and some vehicles even let you set your own upper boundary. 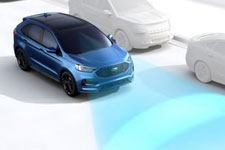 Pre-crash or pre-collision assist takes the readings of driver inputs, sensors and cameras and can prepare the occupants for a smash. This may be done through tensioning the seat belts to restrict movement, seat positions might be altered for optimal airbag deployment and some vehicles even close the windows or sunroof. When combined with AEB, pre-collision assist can mitigate or avoid an incident altogether. Brake response may be tweaked to provide maximum force.

Traffic sign recognition enables a car to interpret speed signs and other road markers. It then displays a graphic on the instrument cluster or head-up display. Some cars will even detect school zones.

Like all new technology, new car technology is not perfect and some of it is still being improved. Expect instances where the sensors and computers simply cannot deal with the complexity of the situation. Most of this technology is also driver "assist", not driver "replacement". It still needs a competent operator to work with it and can be let down by human or technological error.

The biggest critique of this new technology is that it can cause drivers to become less attentive and lazier. However, if used in conjunction with good driving habits, it could mean the difference between a few little electronic beeps and a major accident.

Elizabeth Barry is senior editor for Finder's global financial niches. She has written about finance for over six years and has been featured in a range of publications and media including Seven News, the ABC, Mamamia, Dynamic Business and Financy. Elizabeth has a Bachelor of Communications and a Master of Creative Writing from the University of Technology Sydney. In 2017, she received the Highly Commended award for Best New Journalist at the IT Journalism Awards. Elizabeth's passion is writing about innovations in financial services (which has surprised her more than anyone else).