Among the razor thin margins of the mining industry, these efficiency edges might make a big difference.

Today Bitmain revealed the Antminer S9 Hydro, a water-cooled SHA-256 miner it says can reduce energy consumption by 8-12% in large mining farms with a suitable outdoor water source, while achieving temperature differences of only around 5°C while in operation, which can help a chip achieve better performance and stability.

As an added bonus, it's also meant to be a lot quieter, reportedly running about 20dB quieter than equivalent air-cooled machines. It has a hash rate of 18T, and wall power consumption rests at 1728W. 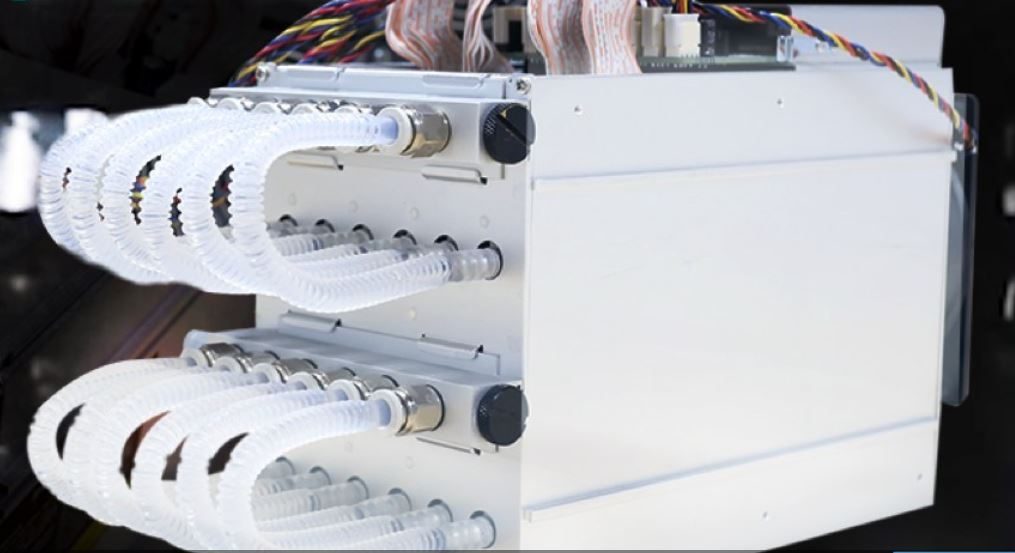 In addition to the performance benefits, Bitmain says the S9 Hydro is much more dustproof and easier to maintain by greatly reducing the required air volume of the miner, decreasing short circuits and improving longevity.

In the high-powered and highly competitive world of bitcoin mining, and its razor-thin margins, these multiple benefits might add up to a significant advantage.

These thin margins, and the importance of energy costs to overall profits, mean raw power isn't the only useful metric. It's a lesson that's served Bitmain well over the years, and its success as a manufacturer might be largely down to these energy-efficient and quality-of-life features.

"At the end of the day the chip is only a portion of the equation for mining successfully. If you aren’t thinking about the whole picture, you are going to end up with a chip that will lose you money. This is actually one of the things that killed Butterfly Labs (among many) — they designed a high performance chip that produced hundreds of watts of heat," explains David Vorick, lead developer of Sia and co-founder of the Obelisk mining company. "By comparison, Bitmain chips are typically about six watts each. Where Bitmain is able to throw on a forest of fat heatsinks, Butterfly Labs had to struggle with expensive, cutting edge, unreliable cooling systems, and that ultimately meant their powerhouse chip was late to market and too expensive to operate."

Antminer S9 Hydro is officially on sale from today as Bitmain's eighth product of the year and its first water-cooled system. It's a long-awaited refresh for the company's flagship Antminer S9 product line, and it arrives right as Bitmain is, by some appearances, struggling to keep treading water ahead of its IPO.