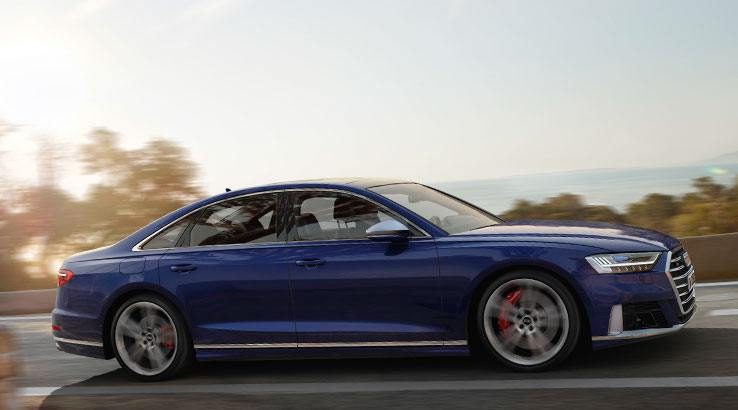 Audi has published the specs for its revised S8 prestige sports sedan, with the key points being a powerful V8, innovative suspension design and a mild-hybrid system. 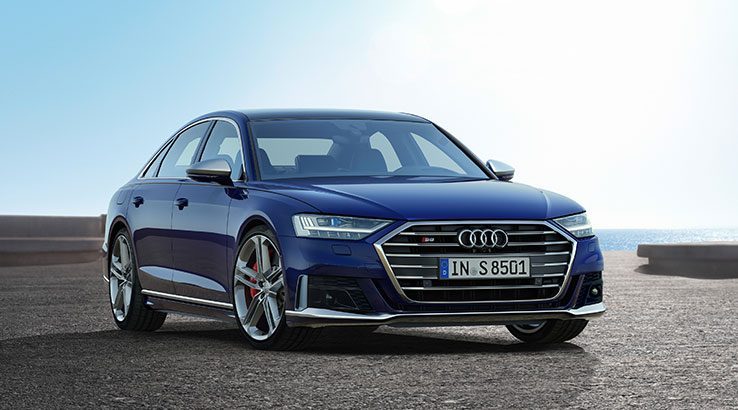 Audi is making a big fuss about this new engine, which the Germany-based car builder says delivers "maximum smoothness". It achieves this by combining a large output V8 engine with dual turbochargers and a 48V hybrid system. The result is a 4.0-litre engine producing 420kW and a guttural 800Nm of torque. Engineers electronically restrict the S8's top speed to 250km/h. It should sound great too, thanks to actuated butterfly valves in the exhaust system that can accentuate the V8 rumble.

The hybrid system helps further efficiency by enabling the car to coast with the engine effectively paused. The set-up also slashes the ignition time after a start-stop. Audi claims that in everyday use, the hybrid power can better fuel economy by as much as 0.8-litres per 100kms. Another fuel-saving measure that the engineers have put in place: the S8 can shut down cylinders as needed. 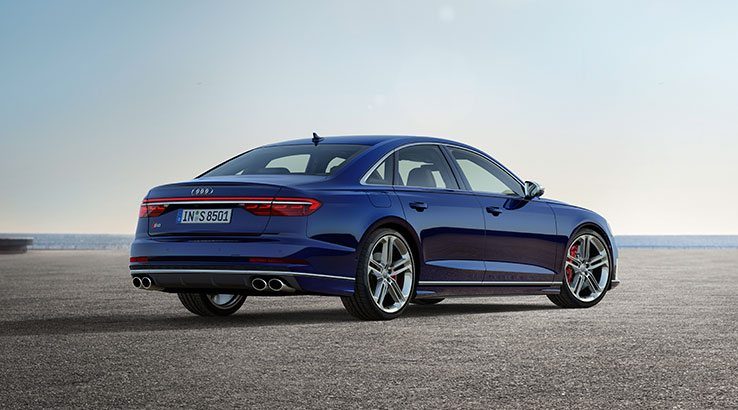 In the search for improved handling, Audi has fitted predictive active suspension, that scans the road ahead and then lifts or pushes each wheel individually to suit. The luxury car maker says that this makes for a glassy smooth ride and clamps down on body roll and even front to back oscillations. The system is also capable of delivering a firmer, sports-car-like ride, adjusted via Audi's drive select system. The technologies combined give the sedan neutral steering that leans occasionally towards a smidge of oversteer. It echos very similar technology used in their upcoming SQ8 SUV.

If you're still not convinced about a sportscar using air-suspension, when opening the doors, the car rises 50mm. That should help passengers with bad backs or dodgy knee joints.

Even the steering configuration is unconventional, with an all-wheel steering set-up implemented. The front and rear axles are able to steer independently of one another. In practice, Audi says that this approach creates a perfectly balanced car that handles tautly at low-to-medium speeds, is planted at highway speeds and still manages to have a compact turning radius.

Handling is further sharpened thanks to torque vectoring. For those looking to take their cars out on a track day, optional ceramic brakes reduce unsprung mass and stopping distances. The front callipers have 10 pistons each, with many everyday cars only having 1, 2 or 4. 6 would be considered a heavy duty brake, 8 would take it up another notch and 10 is just bonkers, reserved for the likes of the Lamborghini Urus or Porsche Cayenne Turbo SUVs. 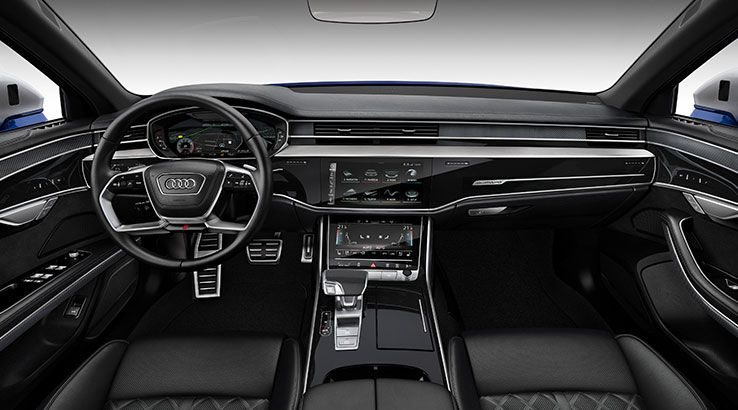 The new model carries Audi's signature minimal and edgy styling. The car has a chiselled exterior, with unique-to-the-S-model fitments. These include a crisp front bumper, side skirts and mirror housings. At the rear, there are quad exhaust tips and a chrome sill line that runs around the car. It's quite a unique embellishment. Audi also promised an extended wheelbase model for major markets like the USA, Canada, China and South Korea. Apparently, this model will not only bring extra legroom, but also headroom.

Audi designers drew inspiration from upmarket lounges for the interior design. Standard features include power-adjustable sports seats with pneumatic side bolsters and three-stage heating elements for each passenger.

As you'd expect, the S8 has a lot of new modern safety assists. One worth mentioning is a pre-collision sensing suite that will raise the car 80mm before a smash to help the strongest parts of the body absorb the most impact. To make this happen, the performance sedan has five radar sensors, six cameras and a dozen ultrasound sensors, plus a cool-sound laser scanner.

When is the Audi S8 coming to Australia?

Audi expects the car to land here in the second half of 2020. The car manufacturer promises to release further pricing and spec details closer to the launch date.