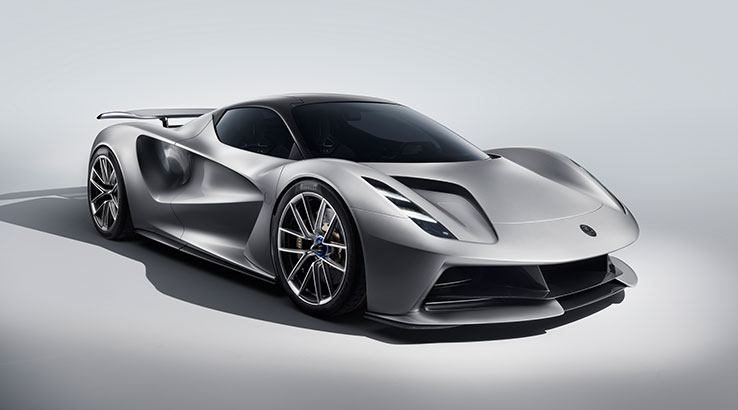 Lotus has lifted the covers on its surprise new car, with production pegged to commence in 2020. The new model is an ultra-modern, battery-powered electric car, built using lightweight carbon fibre.

1,470kW is a ridiculous figure. To put this into perspective, other vehicles that have this amount of power include a 14-wheeler oil well drilling rig, marine diesel engines and a diesel locomotive train.

The electric powertrain was co-developed with Williams Advanced Engineering, which operates a Formula 1 team and designed the batteries for the first generation electric Formula E racing cars.

Lotus followed the theory that, with a mid-mounted internal combustion engine delivering optimal weight balance, positioning the battery pack centrally would provide the same handling characteristics. The location of the battery also means that engineers should have easy access during maintenance tasks. Power is generated by four motors, each producing 367kW.

A Lotus spokesperson said that the Evija, which means "the first in existence", had the least heavy and the most energy-rich powertrain ever fitted to a car intended for use on public roads.

Torque measures in at a bonkers 1,700Nm – almost three times the output of the most powerful LandCruiser and more than the largest RAM ute.

On a fast charger, it'll take 12 minutes to charge the Evija back to 80% capacity, and 18 minutes to restore it to full power. However, Lotus designed the onboard charging system with the capacity to accept double the current fastest commercial charger, meaning that in the future, a full recharge in 9 minutes will be possible. On a combined run, the Evija has a 400km range.

Lotus is aiming for a final kerb weight of 1,680kg, making the Evija the least weighty electric car ever made. This is achieved by using a single-piece monocoque chassis, built from carbon fibre, which is a tough and lightweight composite material. The tub is built using the same methods as an F1 car and it weighs a scant 129kg. 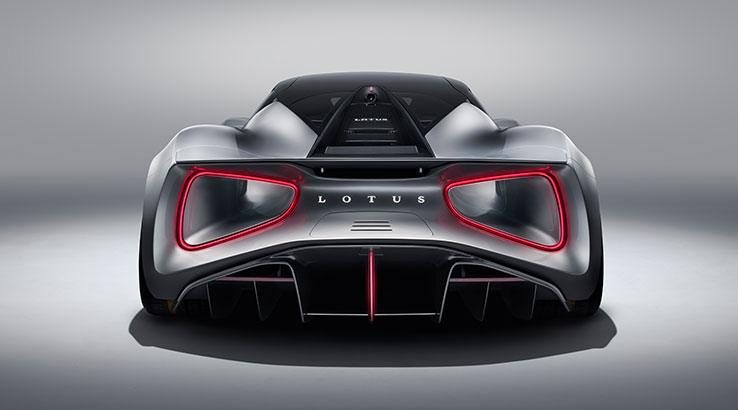 This car could be straight from a sci-fi film – it's clearly well ahead of its time. Aerodynamics were the primary concern, and Lotus describes the styling by saying it's as though the essential components of the car have been "shrink-wrapped" in carbon fibre bodywork.

Lotus aerodynamicists studied Le Mans race cars and how they direct air under the car to lower drag. The result is that the car has two Venturi-effect tunnels that move airflow through the car's body and out of the rear twin voids, which are encircled by the LED taillights. The design should offset low-pressure build-ups behind the car, making it more streamlined.

On the subject of the rear lights, because there's not an abundance of body surface real estate, the "T" in the Lotus badge serves as the reverse light and the indicators are built into the corners of the car's profile. 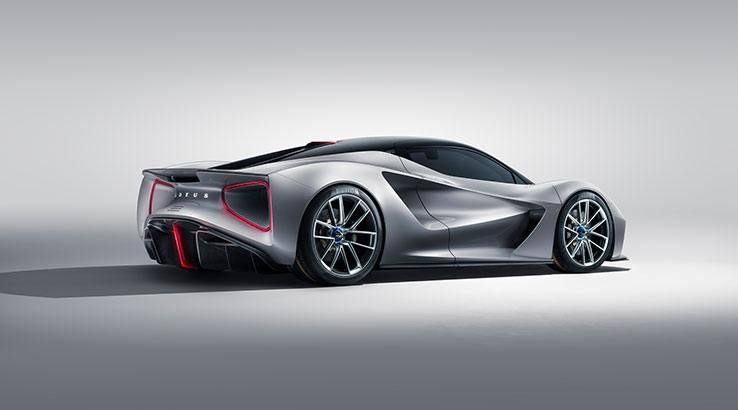 Despite the drive for aerodynamic perfection, Lotus's design director stated that the crisp lines and sheer drop-offs came from an unlikely source of inspiration.

"During the initial design stage, we spent many hours studying images of geological forms – rocks that had been carved by nature over the centuries," he says. "We believe we've captured these beautiful, intriguing and elemental lines within the Evija."

Ingeniously, Lotus also governs airflow from the front splitter. It apportions cooling air to run over the battery pack, as well as around the front electric axle. The Evija also boasts F1-style active aerodynamics, such as an automatic rear spoiler. 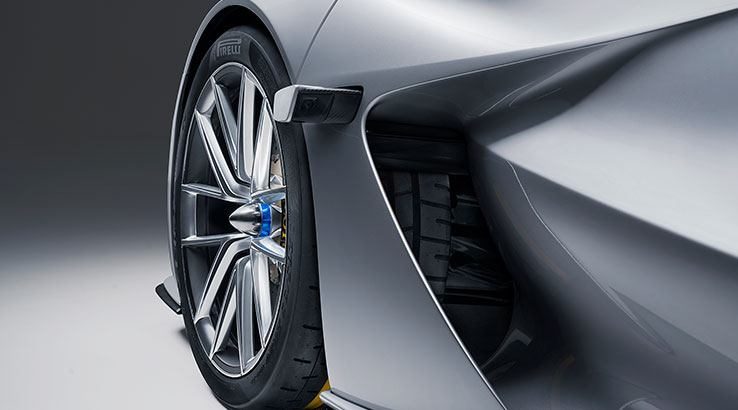 Lotus even removed the side mirrors to further cut down on drag, replacing them with cameras that project onto three interior displays. 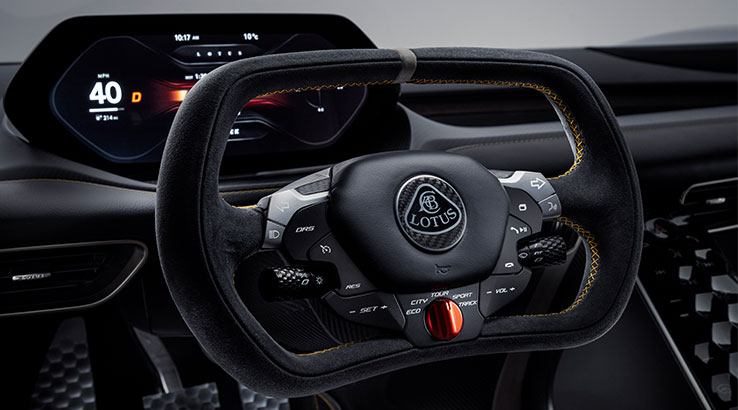 An interior lifted from a racing car

The interior of the Evija is very purposeful. There's heaps of carbon fibre used, an F1-style steering wheel and heavily contoured motorsport seats. There's a digital display replacing traditional dials and the centre console has haptic feedback buttons. Lotus hooked the centre console up to the cloud, which means that owners can monitor their car via an app, remotely operating the air-con or viewing the battery status. The Evija isn't just a track-going hypercar, it also has Apple CarPlay and Android Auto, something that many car makers still overlook.