2021 Kia Carnival is an SUV wannabe 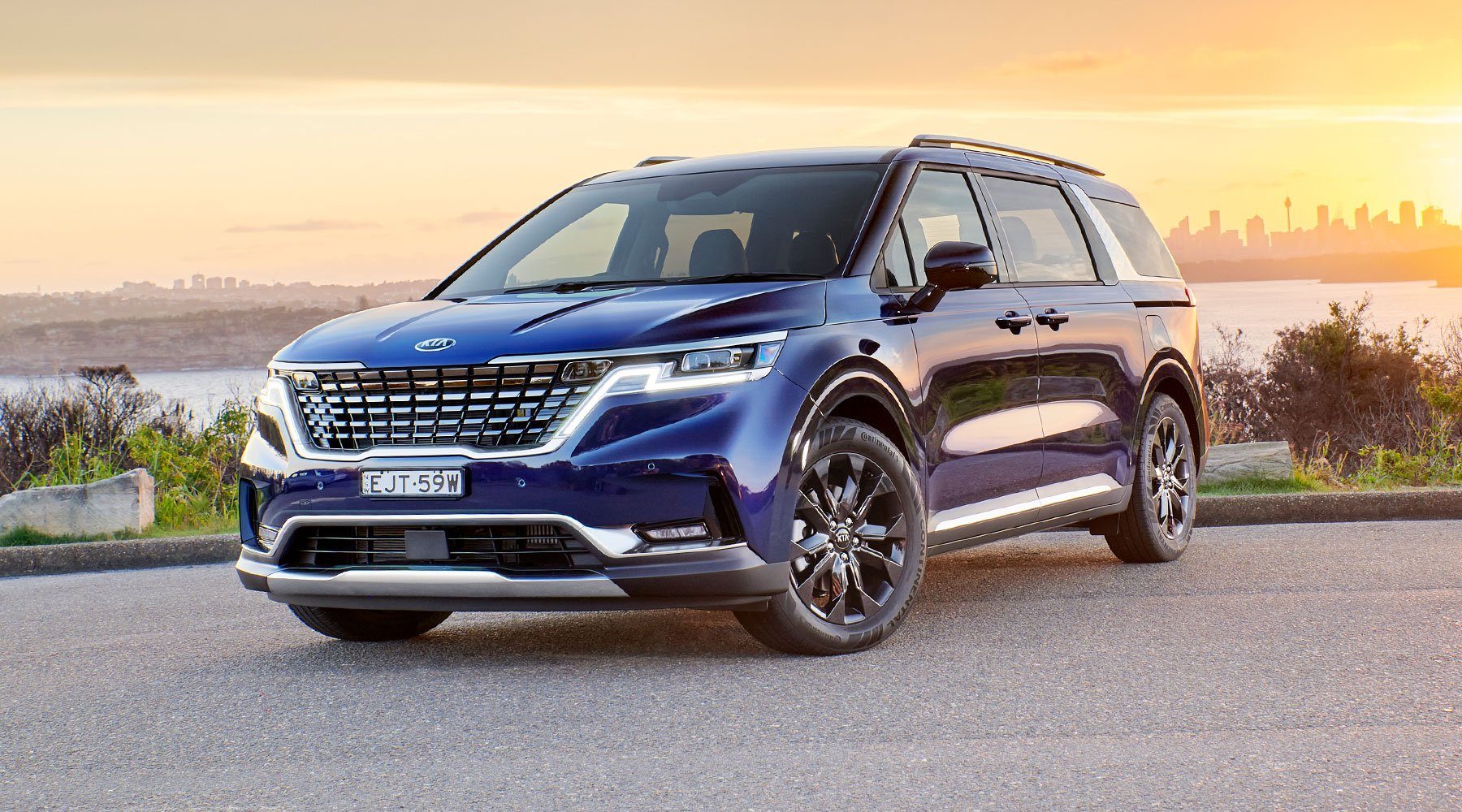 The Kia Carnival has put on an SUV suit to become a kind of crossover.

For decades, if you wanted an 8-seater vehicle, with an SUV-style body, you'd have to look towards the LandCruiser or the Nissan Patrol. But now, the 2021 Kia Carnival is a people mover in the shell of an SUV. 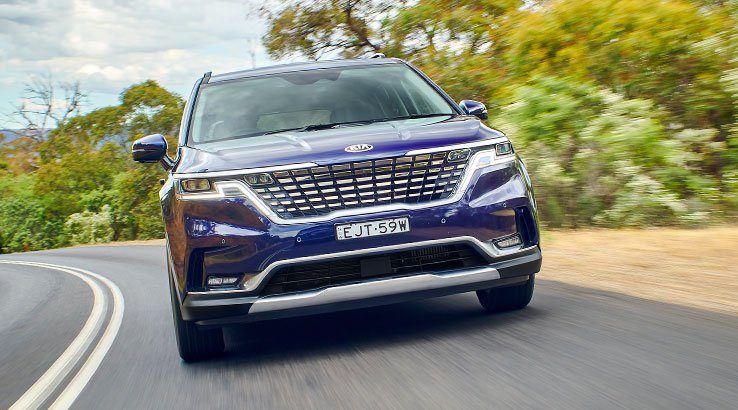 Kia pitches the Carnival as Australia's number one people mover, thanks to a reported marketed share of 51%. Traditionally, it has always taken that form – a van body with a passenger-friendly interior and windows. For nearly two decades, it has served as the go-to choice for large families or businesses who need to move up to eight in comfort.

Now, though, it seems the brand has responded to the meteoric rise in popularity of the SUV with Aussie drivers.

As a result, the next-generation Carnival takes the form of a crossover. Kia says that this means the Carnival offers a best of both worlds mix of practicality and space, blended with a driving position and styling reminiscent of an SUV.

Kia states that designers wanted to give the Carnival a more solid, stronger stance. And they've certainly achieved that. Everything about the dimensions has been rethought to make it more SUV-like. Most strikingly are the elongated bonnet, longer wheelbase and blocky rear roofline. It really does mimic an SUV.

Stylists also incorporated the latest interpretation of the "tiger-nose" Kia styling language. LED daytime running lights and headlights border a large grille. Thanks to a metallic trim inlay on the perimeter of the grille, the Carnival's front-end looks clean, wide and extremely modern. Low down, Kia installs a metallic skid plate, though it is unclear if this is functional or more for aesthetic reasons. 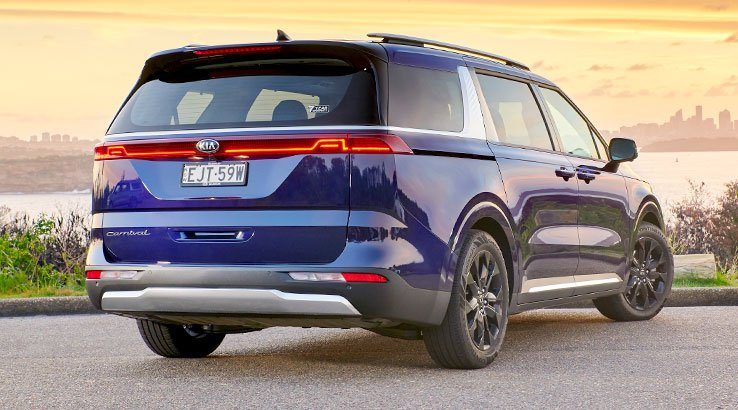 At the back, Kia creatives gave the people mover a full-width light bar, a popular trend in car design right now. The Carnival also has a rear wiper that is not visible when inactive. It's something you don't notice till it's pointed out and then you realise why the rear of the Carnival is so futuristic-looking. A subtle, but worthwhile touch.

Internally, the Carnival is radically different. Kia explains the interior stylist's work was directed by a rather fancy-sounding mindset called "Spatial Talents". The goal was to make the Carnival comforting and sophisticated with cutting-edge tech as a bonus. 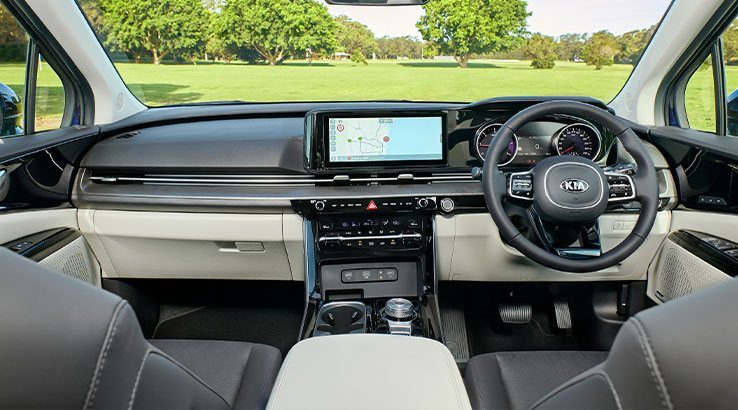 For the driver, things have changed versus the previous generation Carnival. Gone is the ordinary gear shifter and in its place, you'll find a rotary dial which the automotive industry is rapidly adopting as a convention. On all but the entry-level model, the Carnival has a 4.2-inch digital instrument display, paired with a 12.3-inch touchscreen for the infotainment system. These are placed behind a single piece of glass for a minimal appearance.

Handily, for a car that can carry eight, the infotainment system will connect via Bluetooth to two different phones. 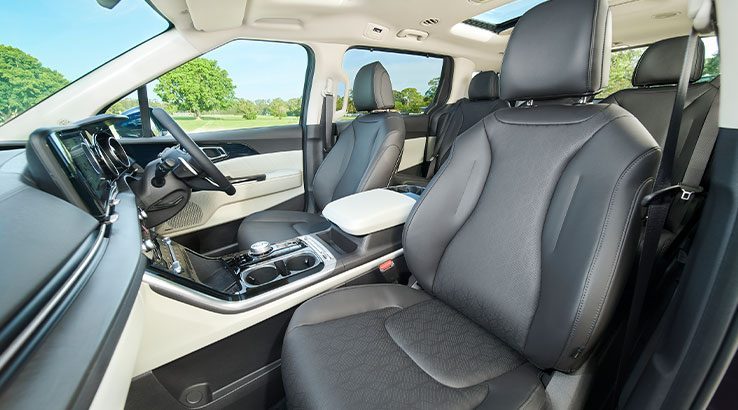 With the seats in place, there are 627 litres of cargo space left to use. When the Carnival is configured more like a van, with just the front pews in place, it opens up to a truly cavernous 2,785 litres! Kia points out that this is the most cargo capacity on offer in the segment.

It's all well and good having more room, but if it's not easier to access, then that would mean the Carnival missed an opportunity to improve. Consequently, Kia engineers adjusted the body to lower the height required to lift objects over the boot lip. It's down by just over an inch, or 26mm. Kia explains this will make loading up the Carnival less demanding. Further taking the hassle out of cargo-carrying, there's a power-opening tailgate and sliding side doors on the top two trim tiers – SLi and Platinum.

According to Kia, noticeable improvements have been made to the noise insulation, helping to quieten the cabin and isolate passengers from external sounds. 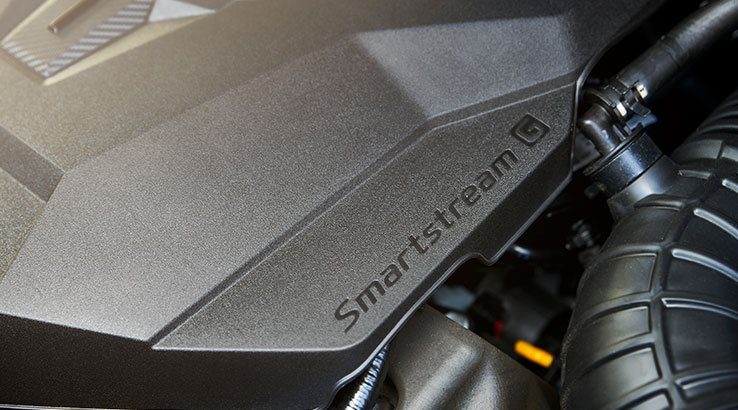 Carnival buyers can choose between a gutsy 3.5-litre petrol V6 or a new 2.2-litre diesel engine.

The 3.5-litre V6 produces 216kW and 355Nm while using a combined 9.6L/100km. Kia notes this as a 10% improvement over the last powerplant, thanks to redesigned heat management.

The 2.2-litre "Smartstream" diesel is reportedly one of the least-polluting the brand has ever conceived. It makes less power than the petrol, at 148kW, but it outputs way more torque at 440Nm. Again, thanks to the extensive use of new components and design, the diesel uses a combined 6.5L/100km. The previous model's diesel drank 7.6L/100km combined. Kia highlighted the diesel's CO2 emissions, which, at 170g/km, are best-in-class. 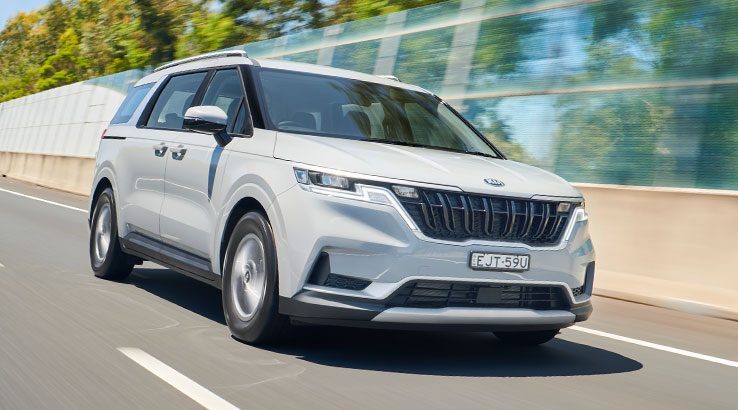 Drivers expect a lot from modern cars, so Kia technicians sit the Carnival on a fully-independent suspension set-up. The front suspension geometry is optimised to settle the handling, while at the rear, liquid-filled bushes work to better eliminate vibrations transferring to the body. Changing the length of the rear lower suspension arms and tweaking the angle of the shock absorbers, further improves handling.

You'll find a long list of passive and active safety equipment on the Carnival.

Most interestingly, standard to the Carnival is speed-sign recognition, which works together with speed assistance to alert drivers when the cruise control needs tweaking.

One of the most pertinent inclusions has to be Safe Exit Assist (SEA), which comes on either the SLi or Platinum models. This system stops rear passengers from opening the side-doors if another vehicle is travelling towards the people mover from both directions.

The SUV-inspired Carnival people mover is "arriving soon" according to Kia Australia's website. It went on sale in Korean markets during the mid to latter part of 2020, so it could well arrive here in the next quarter or two.

Looking for a new or used car? Make sure to read our car reviews. Don't forget to spend some time comparing car loan and car insurance. Doing so could save you heaps of dollars.