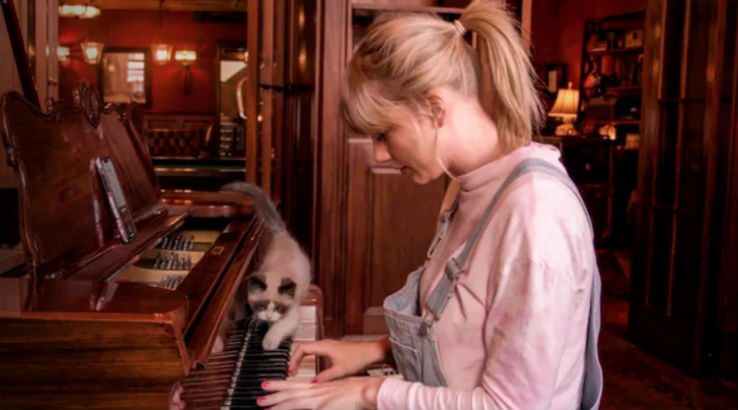 Over a decade into her successful career, Taylor Swift is finally gifting fans with an official documentary about her time in the spotlight. Miss Americana, which tracks the course of the singer's life over the past few years, will be released on Netflix and it's hyped to be the most revealing footage featuring the star yet.

Needless to say, Swifties are incredibly excited, and for good reason. The documentary should at least cover the recording/release of her latest album, Lover, giving us a behind-the-scenes look at Swift's transition to a new record label. If you're keen to tune in, here's everything you need to know.

When is Miss Americana coming out?

Miss Americana will premiere at the Sundance Film Festival on 23 January. However, fans from all over the world don't have to wait long to stream the doco for themselves. Miss Americana will be available on Netflix globally on 31 January, only one week later.

What is Miss Americana about?

The official tagline is vague, promising to offer an inside look at Taylor Swift's "transformational period in her life as she learns to embrace her role not only as a songwriter and performer, but as a woman harnessing the full power of her voice".

However, Swift herself confirmed that the documentary has been in the works for a while and will chronicle the past several years of her life, though we're not sure how many.

Considering this, it's safe to say that fans will at least get glimpses of her successful Reputation tour and the recording of Lover, maybe with everything building up to her memorable performance at the American Music Awards in November 2019, when she was named Artist of the Decade. We're just speculating though – don't quote us on this.

Who stars in Miss Americana?

Given that it's a documentary, all eyes will be on Taylor Swift. We wouldn't be surprised to see some members of her squad as well – perhaps Selena Gomez, Camila Cabello or Ed Sheeran? Plus, we would love to be treated to special appearances from Swift's cats: Meredith, Olivia and Benjamin.

Miss Americana on Netflix: Will it be any good?

Most likely, yes. The documentary is directed by Emmy winner Lana Wilson, while Academy Award winners Morgan Neville and Caitrin Rogers, as well as Christine O'Malley, serve as producers. So the behind-the-scenes talent is obvious, which can only work in the pop star's favour.

Furthermore, the documentary is marketed as being "raw and emotional". "The last year of my life has had some of the most amazing times and also some of the hardest things I've gone through in my life and not... umm a lot of them are things that haven't been public," Swift said during one of her acceptance speeches at the AMAs. Consequently, we're guessing the documentary will offer some details about what's been going on in both Swift's private and professional lives.

It's likely that Miss Americana will at least touch on Swift's move from Big Machine Label Group to Republic Records. This marked the beginning of a new era for the pop icon.

Back in November, the singer spoke against Big Machine Label Group founder Scott Borchetta and Scooter Braun, alleging that they declined the use of her older music and footage for the documentary, "even though there is no mention of either of them or Big Machine Records anywhere in the film". Eventually, her older material had been cleared for use.

Can't wait until the documentary comes out? You can always stream the Taylor Swift: Reputation Stadium Tour Netflix Special, currently available on the platform. Or browse our list of the best Netflix shows and best Netflix movies to find new titles worthy of your watchlist.