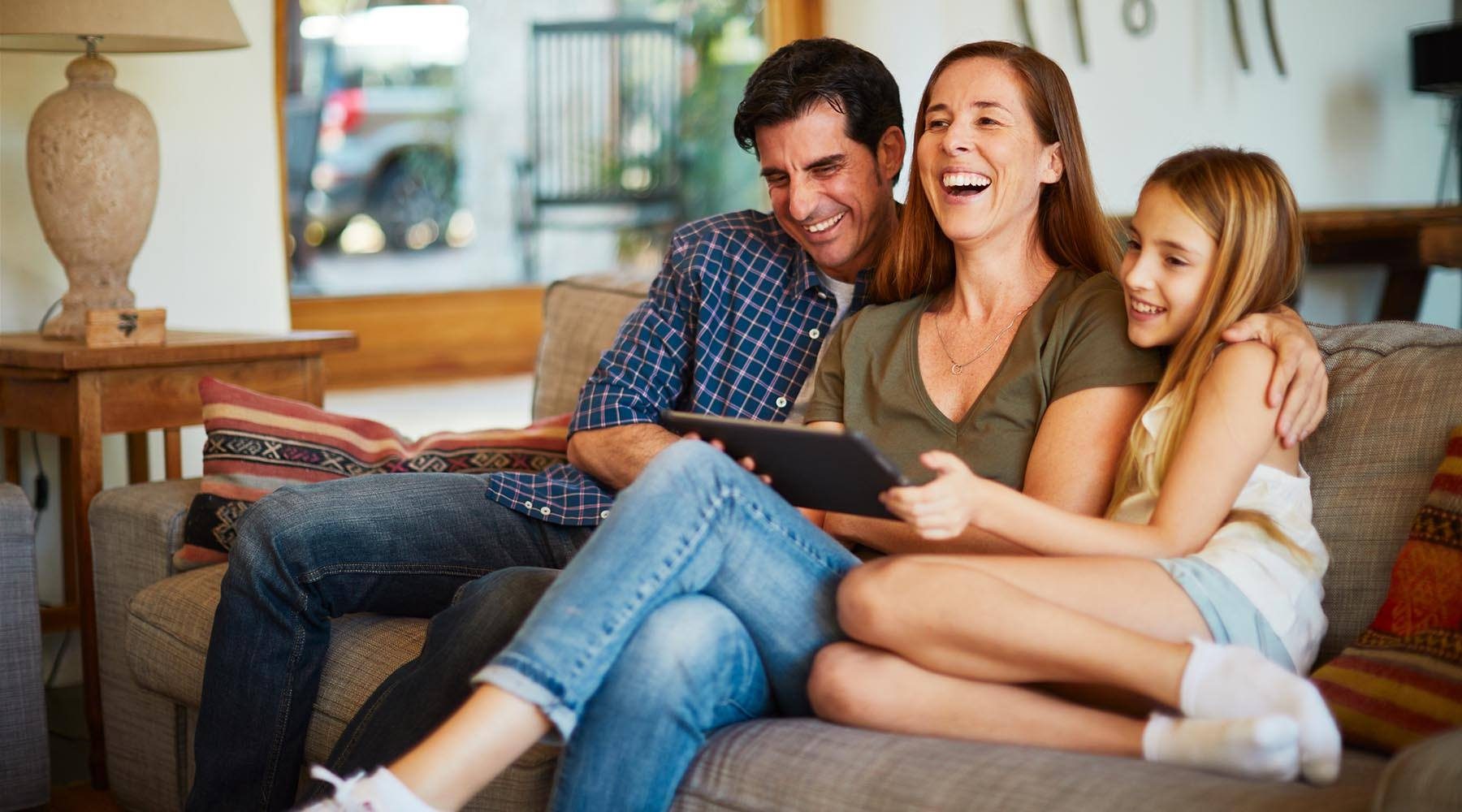 Broadband plans are faster than ever before, meaning you could switch to a cheaper plan without causing endless buffering.

Update 21/4/21: The ACCC has released a correction to its original report. Some of the figures stated were inaccurate due to an issue in measuring download speeds. We've updated this news article with the corrected numbers from the ACCC.

Australia's broadband network has improved so much that it's now possible for families to watch multiple streaming services such as Netflix and YouTube even on the lowest-cost plans.

New research from the Australian Competition and Consumer Commission, which tracks the performance of the National Broadband Network (NBN), shows that even the slowest options can handle multiple streams.

As of December 2020, every single NBN 12 plan – the slowest and cheapest NBN speed available – could handle four simultaneous HD video streams from Netflix, the ACCC found.

Just two months earlier, only half of the available NBN 12 plans assessed by the ACCC could cope with more than a single stream. (All NBN plans run on the same network infrastructure, but providers vary in how much throughput they offer.)

While the ACCC's assessment only covered Netflix, performance improvements would typically flow through to all streaming services.

In 2020, the NBN changed its pricing models to encourage providers to include more data, anticipating a surge in demand during pandemic-induced lockdowns.

The improved performance means that people strapped for cash might be able to switch to a cheaper plan without risking frequent dropouts when watching streaming services.

Streaming is massively popular, with 88% of Australians regularly watching streaming services according to Finder's own research.

How well do NBN 12 services perform with streaming?

Even if you're on the slowest NBN connection, your household should still be able to support four or more Netflix streams at the same time. The graph below shows the average number of streams supported by various speed tiers in December vs October of 2020, during the busiest period of the day (7-11pm).

Note: the values above are weighted averages based on data in the ACCC's report. Connections were only tested for a maximum of five streams and may be capable of supporting more.

There was a huge jump in the number of streams supported between October and December, especially on cheaper connections.

During the busiest hours of the day, providers delivered between 85% and 98.7% of maximum plan speeds across all tiers on fixed-line NBN. That's the best result since the ACCC began tracking performance.

No matter what plan you purchase, you're likely to get speeds fairly close to the maximum, regardless of provider (though you can see the fastest providers here). However, some Australians are missing out on these record-breaking speeds – especially those on fibre to the node or fixed wireless technologies.

It's also possible that some services might see performance change again in early 2021, reflecting further changes in the pricing models used by NBN.

Fibre to the node NBN keeps underperforming, but upgrades are planned

While fewer connections than ever were underperforming in December (7.7% vs. 13.9% back in 2018), some customers are stuck with bad connections.

If you're one of those stuck with a crummy FTTN connection, there's a potential light at the end of the tunnel. NBN Co is working to extend high-speed fibre to customers on FTTN, with upgrades announced for 200,000 properties across Australia already.

You can also find out more about how to speed up your streaming here.

How much could you save while still being able to stream?

Switching providers could deliver major savings. Dropping from NBN 50 to NBN 25, for example, could save you about $10 per month while still supporting 5 simultaneous HD Netflix streams.

Here's an idea of the average price for unlimited NBN plans of different speed tiers in Finder's database:

If you want to start comparing plans to see how much you can save, you can search by speed, price and more using our Broadband Plan Finder™.