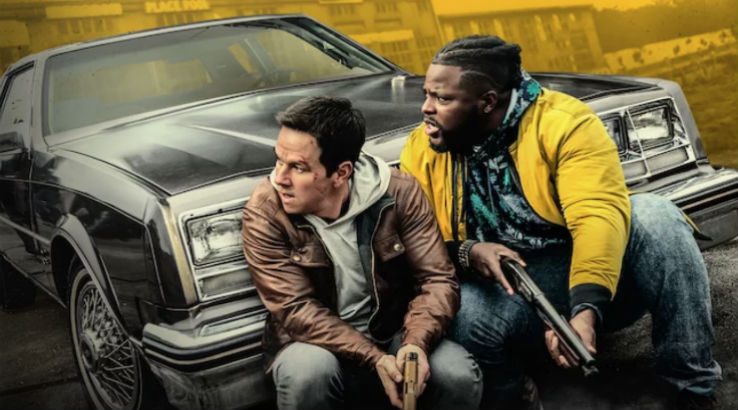 Netflix original movies are a mixed bag. Some are masterful cinematic pieces you are meant to marvel at but instead procrastinate streaming because paying attention to what's on your screen for more than 20 minutes is challenging (The Irishman). Others are dumb rom-coms you devour as soon as they drop because you need to give your brain a break and they go great with alcohol (The Christmas Prince trilogy). As far as Spenser Confidential is concerned, it looks like it's aiming for somewhere in the middle.

The original production stars Mark Wahlberg, is directed by Peter Berg and promises to deliver both thrills and laughs. More notably, though, it marks the acting debut of superstar Post Malone, who you can watch in the trailer delivering chilling lines like "You're about to walk barefoot through the gates of hell". All in all, this movie looks fun. Here's what you need to know to tune in.

When is Spenser Confidential coming out?

The movie is scheduled to arrive on Netflix in the US on 6 March. Given that it's an original production, that's likely the date when it will be available in Australia as well.

What is Spenser Confidential about?

Spenser Confidential is inspired by the novel Wonderland by Ace Atkins, based on the Spenser character imagined by mystery writer Robert B. Parker.

The movie will revolve around Spenser, a former detective and boxer who gets out of prison and plans to leave Boston behind for good. Too bad Boston has other plans and Spenser gets tangled into an investigation.

Who stars in Spenser Confidential?

The titular character is played by Mark Wahlberg, who is a frequent collaborator of director Peter Berg. They worked together on movies like Patriots Day, Lone Survivor and Deepwater Horizon. Wahlberg is from Boston himself and is now a veteran of playing Boston inhabitants, so the role should fit him like a glove.

Is Spenser Confidential any good?

Honestly, it can go either way. That being said, the cast is solid, the trailer looks promising and the Spenser character has plenty of potential.

In fact, when the movie was first announced, Deadline reported that the deal was made for a potential series of feature films centred on Spenser. Consequently, if Spenser Confidential does well by Netflix standards, we may get to see the character again in future instalments.

Worst case, the movie should offer a good time for lovers of action-packed flicks that boast plenty of humour on the side. Besides the main cast, seeing Shlesinger and Post Malone showcase their acting chops should be a delight as well.

Netflix Australia offers a wide library of content, with a focus on original productions. Subscribers can enjoy a variety of movies, TV series, reality programming, documentaries and kids' shows, with new content added on a regular basis.

Subscriptions for Netflix start at $9.99/month. There's no longer a free trial available for new subscribers. If you need to decide on committing to Netflix, check out our lists of best shows on Netflix and Netflix original movies to get started.