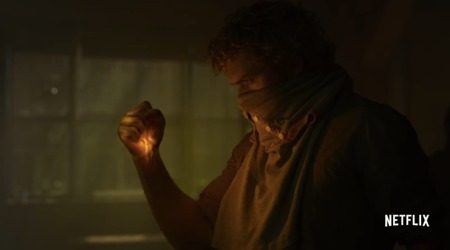 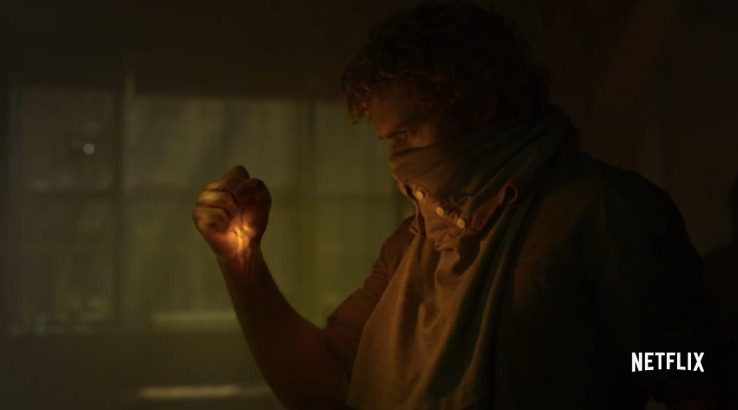 Which of Netflix's many Marvel series are actually worth watching and which ones fall short of superhero greatness?

I have to preface this article by pointing out that there was nobody on the planet more excited than me when Netflix announced that it had secured the rights to a slew of Marvel heroes for its own originals TV series. While a lot of the viewing public would only have known Daredevil from the dodgy Ben Affleck flick, characters such as Luke Cage, Iron Fist and Jessica Jones were largely unknown, but not to me.

For decades I’ve been a fan of some of Marvel’s decidedly lesser heroes. While that’s an affection that started because, as a young comic book fan, I could more readily afford back issues of titles that got a lot less attention than the heavy hitters, it’s a love that has stayed with me to this day.

Yes, it’s geeky, but I can proudly say I’ve got an entire collection of Power Man & Iron Fist and I still like them. Except maybe the issue featuring Mr Fish. The less said there the better.

Still, my expectations were tempered by the very existence of the Affleck-led Daredevil film. I knew full well the pain of watching Marvel properties poorly executed. Yes, I’ve seen the Dolph Lundgren-led Punisher flick in all its "obviously shot in Sydney at Luna Park" glory, not to mention the even worse Captain America film of the same era.

Marvel has hit recent gold in cinemas with the Marvel Cinematic Universe, but Netflix’s rather lower-budget approach has had mixed results.

Don’t say I didn’t warn you. Actually, I’ll keep things spoiler-light, but it’s rather difficult to discuss certain plot points for each show without giving something away. Your tolerance for such matters may vary.

From a continuity standpoint, you should probably watch each Netflix series in the sequence that they were released, which means you'd have to watch Daredevil, Jessica Jones, Daredevil Season 2, Luke Cage and then Iron Fist in that order for every hint about the upcoming Defenders to make sense.

However, that’s not the way the quality flows. In terms of the best Netflix Marvel series to the worst, here’s how they pan out:

Jessica Jones is a story that’s essentially about violation, mental and physical, and that’s dangerous territory for a show that’s also about a woman who can stop a moving car just by punching it. It could either tilt into being melodramatic or preachy, but it avoids both traps with aplomb.

Krysten Ritter’s performance as Jessica and David Tennant’s excellent turn as Kilgrave absolutely redeem the premise. Jessica Jones is dark as hell and frequently features challenging stuff that most definitely isn’t for the younger set, but it’s far and away above the rest of the Netflix Marvel catalogue in most respects.

Like most Netflix Marvel series, the 13-episode structure means there is a little meandering around the middle episodes that could have been cut to make an even better 8-10 episode show. Still, Jessica Jones is a dark triumph to be savoured and an excellent show to watch on its own even if you don't care for Marvel generally.

Netflix needed a solid hit to launch its corner of the Marvel Cinematic Universe and with the Charlie Cox-helmed Daredevil, it got just that. It’s only just edged out by Jessica Jones. In some ways, it may actually be its superior, simply because very little of the 13-episode run feels superfluous, whether it’s the emergence of Matt Murdock’s back story, the slow reveal of Vincent D'Onofrio’s excellent Wilson Fisk or the build to the final crescendo.

Daredevil even manages to bring the costume into play in a way that feels organic and sensible rather than forced, where much of the rest of the Netflix Marvel pack dodges around the whole costume issue altogether.

Luke Cage starts out strong, and that’s not an intentional pun on the primary power of its protagonist. The setting, film style and narrative around life in Harlem play out well as a tragedy that Mike Colter’s Luke Cage is reluctantly drawn into after the events in Jessica Jones, with an expert foil in Mahershala Ali’s Cottonmouth.

All is good in the first half of Luke Cage and then things begin to fall apart rapidly in the muddled second half. Part of the issue is the need to cram in some comic book continuity to give Cage a background, but little of it, or indeed Erik LaRay Harvey’s turn as Diamondback, works that well. Again, cutting the story down might have helped, or perhaps even just letting Cottonmouth's story be the entire first season instead.

In some ways, Daredevil Season 2 suffers from the same structural issues as Luke Cage, because it starts very strong with Jon Bernthal’s Punisher taking on Daredevil.

However, it devolves from there once Elektra enters the picture and especially once the Hand gets involved, seemingly never quite sure of where it wants to go narratively. The general choreography is still excellent, as is Charlie Cox’s essential charisma, but Daredevil had further to fall after a strong start, which is why I’ve placed it where I have.

It hurts me that Iron Fist isn’t better than it is, although it does subvert both Luke Cage and Daredevil Season Two’s collapse-in-the-second-half problem, because it starts out poor and improves markedly in the second half. Still, the best way I can describe Iron Fist’s issues is that it’s sloppy, both in a directorial and narrative sense. There’s little impact in many of the fight sequences, save for one notable fight in China.

Character choices are a little random, or just not well explored, and the idiot ball is passed around frequently. The early reviewer criticism around the racist implications of the characters were, I think, a little overblown, but there were ways that these kinds of issues could have been worked around in any case.

Iron Fist is the only one of the Netflix shows that I’ve in any way "binge-watched" and that’s essentially because the impact of the individual episodes, especially in the first half of the series, was so much less than the other much better Marvel series. I struggled to watch more than an episode of Jessica Jones at a time, but with Iron Fist it was all too easy because so little of it had any emotional impact.

Marvel’s Defenders is the next series set to debut on Netflix later this year, with one trailer released so far that hints at Scott Glenn's Stick trying to unite the disparate group of heroes to deal with an as-yet-undefined threat, to be played by Sigourney Weaver.