Here’s how to watch Killer Inside: The Mind of Aaron Hernandez 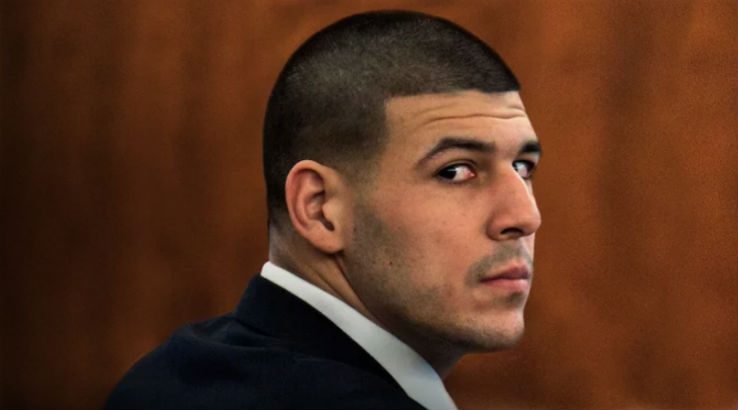 This compelling docuseries will give you a lot to think about.

There's no secret that true crime is enjoying quite a momentum, with fans of the genre able to devour a plethora of podcasts, documentaries and books on the subject. Consequently, it's even more impressive when a fresh new title manages to stand out from the crowd.

That seems to be the case with Killer Inside: The Mind of Aaron Hernandez, a new documentary series that revolves around the convicted murderer and former NFL player.

Whether you're already familiar with the case or plan to go in blind, one thing's for sure – the show is a wild and dark ride, according to critics and fans alike. Here's everything you need to know to tune in.

When is Killer Inside: The Mind of Aaron Hernandez coming out?

Killer Inside: The Mind of Aaron Hernandez is available to stream on Netflix Australia now. The series consists of three episodes. The show is engrossing, so you might be tempted to watch them all in one sitting.

What is Killer Inside: The Mind of Aaron Hernandez about?

As the title suggests, the three-part documentary aims to take viewers into the mind of Aaron Hernandez. He was an American football tight end for the New England Patriots of the NFL, but his career came to an abrupt end after he was arrested for the murder of Odin Lloyd. At the time of his death, Lloyd was a friend of Hernandez and he was dating Hernandez's fiancée's sister.

The case was a very big deal – one of the most notorious cases to emerge from the world of sports in the US. Hernandez's celebrity status and notoriety as an NFL player led to a highly publicised trial. He was convicted to life in prison for the murder of Lloyd in 2015.

Two years later, Hernandez was acquitted on a double homicide. Shortly after that, he was found dead in his cell, with police ruling his death a suicide.

Is Killer Inside: The Mind of Aaron Hernandez any good?

According to both fans and critics, yes. The series currently has a 100% score on Rotten Tomatoes, with one critic praising it for being "a fully immersive look into not only the murder of Odin Lloyd but the world of sports, toxic male behavior, and the life-altering dangers of a sport that so many people idolize".

The best thing about Killer Inside: The Mind of Aaron Hernandez is that it provides plenty of insights into Hernandez's life. Directed by Geno McDermott, the documentary series aims to highlight how a number of factors most likely contributed to Hernandez's behaviour. These include his upbringing, a diagnosis of chronic traumatic encephalopathy (CTE) and, according to some, the pressure to conceal his sexuality.

Over the course of three episodes, viewers can watch interviews with journalists, football players and people close to Hernandez and Odin. At the same time, the docuseries offers audio of Hernandez's phone calls with his loved ones from prison. These can go a long way towards showcasing his mental state at that time.

There are no concrete answers available, as those don't come by easily in real life. However, the docuseries will give you a lot to think about. Could Hernandez's life have gone differently if the circumstances were tweaked?

If you're curious to learn more about the notorious case, Killer Inside: The Mind of Aaron Hernandez is now streaming on Netflix Australia. New subscribers use to be able to get a free 30-day trial, but Netflix has recently cancelled this. While you're at it, you might want to check out some of the other best shows on Netflix.