Netflix goes global: What does that mean for Australian Netflix users? 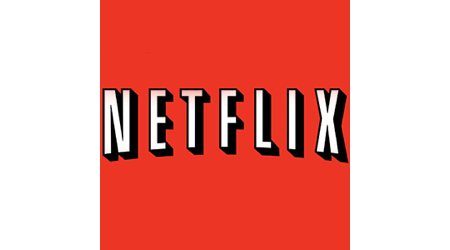 Netflix has announced it is now available in 130 new countries immediately. Here’s what you need to know about its aggressive expansion.

At CES in Las Vegas, Netflix Chief Executive Reed Hastings announced that Netflix has gone live in 130 new countries around the world, effectively making it a global broadcaster.

That’s all well and good if you’re interested in Netflix’s share price, which has apparently spiked on the news, but what does that mean if you’re an Australian Netflix subscriber already?

Where can’t I get Netflix?

The major omission from Netflix’s global rollout is China, where government restrictions mean that Netflix will have to negotiate to officially launch its service, although it hopes to launch there "soon".

Netflix also won’t operate in Syria, Crimea or North Korea, citing US government restrictions on operating in those nations.

Does this mean one global catalog of programs?

Sadly, no. While Netflix didn’t get into the specifics of which programs would be available in which territories, it did note that it would aggressively pursue content deals for worldwide syndication.

That may even extend to series that you might think Netflix already had the rights to, such as House of Cards or Orange Is The New Black, both of which are produced for Netflix by external production companies, some of whom have already sold on the rights in countries where Netflix wasn’t operating at the time. Up until today, that was a large number of countries.

That’s why, for example, Foxtel was able to show House Of Cards, because it had purchased the rights to that series prior to Netflix’s Australian launch last year. New Netflix Originals series were negotiated with global rights in mind, so any new content -- Netflix claims it has 31 new and returning "originals" due to launch in 2016 -- should be available in every Netflix market where the company chooses to offer it. That could always fall foul of local cultural sensibilities depending on the nature of the material, of course.

The practical upshot for Australian Netflix customers is that there’s still likely to be significant benefit to using a VPN to sneak into Netflix’s overseas catalogs for some time to come, although this is, strictly speaking, breaking Netflix’s terms of service. That’s going to be especially true if Netflix is able to score the rights to specific programs in regions where it doesn’t have competitor streaming services -- or at least, for as long as it effectively turns a mostly-blind eye to VPN and DNS dodging users.

Is there any benefit for me if I’m an existing Netflix Australia subscriber?

Outside of VPN hopping, the largest single benefit to Netflix’s sudden global expansion will be if you’re travelling at any time in the near future, because outside of China, Syria and North Korea, it means that you’ll have access to Netflix content as long as you’ve got an Internet connection.

It bears repeating that video content uses up a lot of data, so using your mobile to watch Netflix while roaming internationally could quickly send you broke. Any hotel or otherwise "free" Wi-Fi, however should give you plenty of viewing access on the go.

As part of the expansion deal, Netflix also announced it was increasing its language diversity to help cover new markets. While it remains a primarily English-language service, it has also added Korean, Chinese and Arabic to its list of supported languages, bringing it to a total of 21 languages offered.

It also indicated that it will launch High Dynamic Range (HDR) capable programming this year, although you'll need a quite recent high-end TV and a solid broadband connection to get the full benefit of HDR programming. As with Netflix's existing 4K content, it's not likely to be available for every program, so your dreams of HDR episodes of The A-Team will have to remain dreams for now.