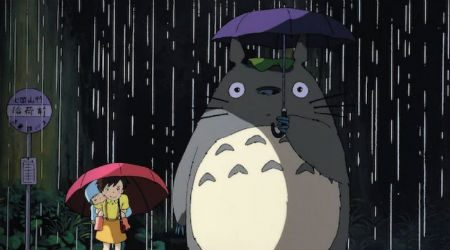 Some of the most acclaimed animated films of all time are coming to Netflix.

With the streaming wars getting fiercer, those worrying about Netflix's fate should rest assured: the giant still has quite a few aces up its sleeves. Netflix recently announced that 21 Studio Ghibli films are coming to the platform starting February 2020. The list includes acclaimed titles like Spirited Away, Howl's Moving Castle, Princess Mononoke and My Neighbour Totoro.

Why is this a big deal? Mostly because Studio Ghibli films are highly influential and beloved, but also because they can be hard to find. Previously, the most straightforward way to get them was by purchasing the DVDs. For Internet rebels, accessing them illegally maybe hasn't been out of the question – but even then, finding a subtitled version instead of a dubbed one was a hassle. From what we've heard, that is.

Now, fans will be able to stream the studio's catalogue for the cost of a Netflix subscription. The films will be subtitled in 28 languages and dubbed in up to 20, making them accessible to a wide range of entertainment consumers from all over the world. The 21 Studio Ghibli films will be available on Netflix globally except for the US, Canada and Japan.

What are Studio Ghibli films?

Best known for its anime feature films, Studio Ghibli was co-founded in 1985 by director Hayao Miyazaki and the late Isao Takahata. The studio is responsible for 6 of the 10 highest-grossing anime films made in Japan, with Spirited Away its most popular release yet.

The movie, which came out in 2001, won the Academy Award for Best Animated Feature, making it the first and only hand-drawn and non-English animated film to take home the prize. For general reference, it competed against Ice Age, Lilo & Stitch, Spirit: Stallion of the Cimarron and Treasure Planet. Spirited Away is also regularly ranked among the best movies of all time by critics from all over the world.

Besides Spirited Away, some of the studio's most beloved hits include My Neighbour Totoro, Princess Mononoke and Howl's Moving Castle, all directed by Hayao Miyazaki. Miyazaki is widely regarded as one of the most accomplished filmmakers in the animation business and is known for his excellent storytelling abilities.

Not all 21 films will drop on Netflix Australia at once. Instead, the streamer opted to split the catalogue into three lots, allowing subscribers to pace themselves if they plan to watch them all. Here's the release schedule:

Subscriptions start at $9.99 a month, with new users getting a free one-month upgrade, Netflix no longer offers a free trial.