Fun, but not worth hot pursuing.

2017 has already been a great year for racing games, but only if your idea of 'racing' is dour circuit sims and seventh-issue releases that somehow offer less content than their sixth iterations. In this regard, at least, the generous tuner silliness of Need For Speed Payback feels like a breath of fresh NO2. If you can stomach the dialogue of characters who say “word” to one another without a shred of irony, this full and focussed arcade racer may just make the competition look sparse and spurious.  That said, the main thrust of tinkering under the hood has changed, and, if you hate random chance, not for the better.

Say hello to a weird mix of being a mechanic and playing a game of solitaire with Speed Cards: a series of randomly drawn car buffs that can give your favourite whip stat-increasing performance parts or vanity item ornaments. Generally speaking, you'll be given a choice of three of these every time you complete a story mission, side event, speedlist, or – you already guessed it, you worldly cynic – you can spend Earth Dollars to buy a shipment.

It's an odd way to do things, but it's also an elegant, blanket means to allow players to improve cars that have radically different innards. Back in the days of Need For Speed Underground, most people had a fundamental understanding of what engines were about, and how changing parts would affect performance. Payback has a lot of those oldies, but also heavily deals in the new breed of electric super and hypercars that run on, hell, I don't know, dilithium crystals and magic.

Simplifying things from sliders and parts to a card slotted into a bunch of component slots (engine, exhaust, brakes and suspension, etc) isn't a bad compromise. It removes the confusion while keeping just enough of the grease monkey in.   There's still satisfaction to be milked from slowly inching up your main stats of BHP, top speed, 0-60, ¼ mile, NO2 Power, Air time, Landing, Brake Power and Brake response. Though, why you'd give a crap about those last two, in an arcade racer, is beyond me (the only time you'll ever touch the anchors is to quick-pump into a drift).

Speed Cards themselves aren't the devil I thought they'd be, I just dislike the random nature in which they have to be earned. Why you gotta hustle me, Payback? Can you not just lay them all out at the end of a race, and let me decide if I want to spend my hard-earned (virtual) money on them? What's the story? 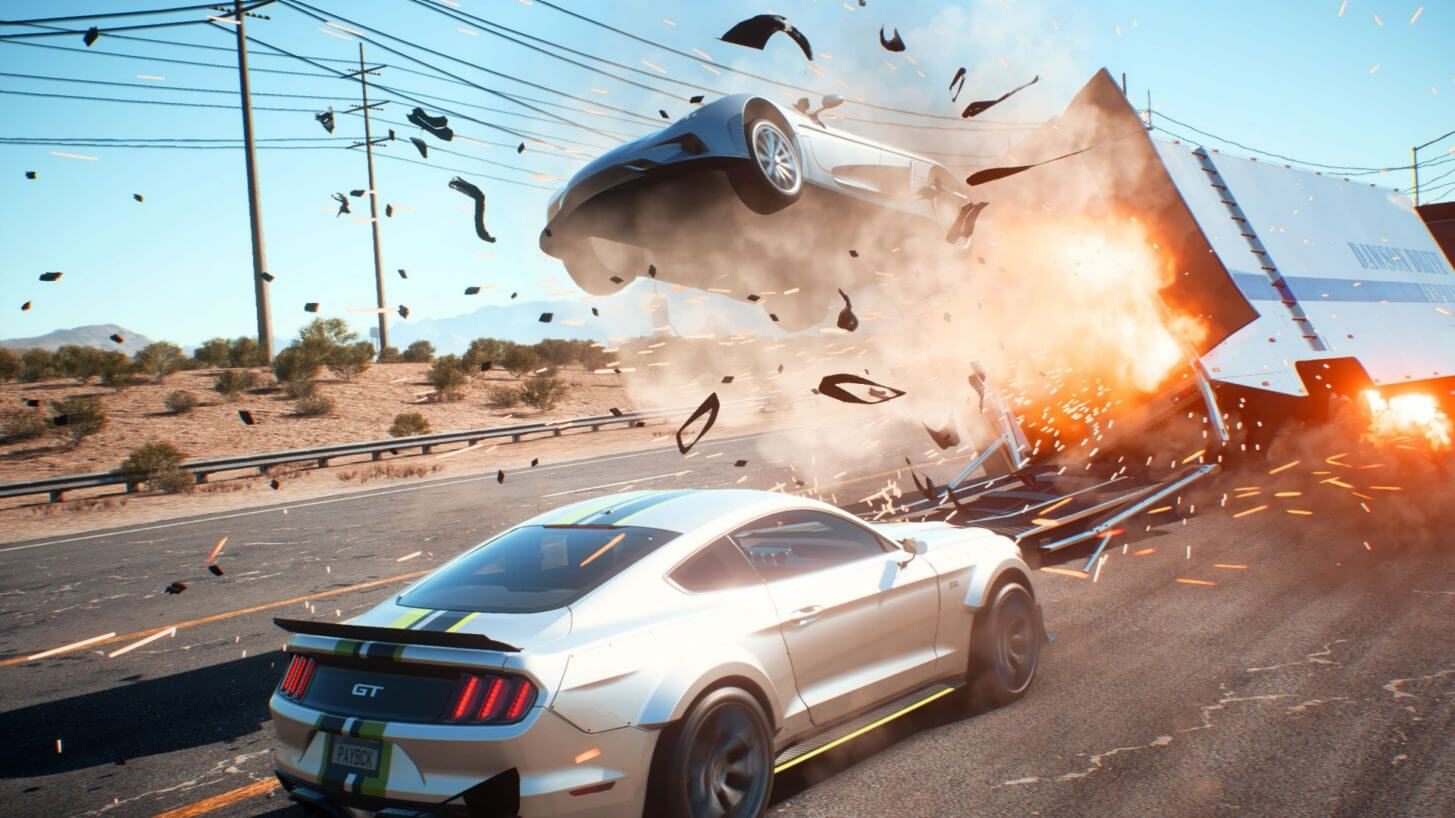 Speaking of story, Payback is exactly what fans of the franchise have come to expect: a goofy ride that'll make your eyeballs roll out of your head and down the street faster than any drag racer on screen. You're Tyler, a street racing crew leader to Jess (an ice queen getaway pro), and Mac (off-roader and British comedy relief who, I think, gets paid every time he uses the word “bruv”).

What starts as a simple hypercar heist becomes a betrayal that leaves you with no car and [Koenigs]egg on your face. With a burning need for revenge (and speed) you'll need to climb back up that street racer ladder and face the nefarious syndicate known as the House.   This won't be easy because the House always wins. Expect to hear a lot more cheesy card-shark metaphors, folks, because the residents of Silver Rock are obsessed with gambling. Whether you heart them or not, the puns will come at you in spades. Deal with it.

The 15-hour campaign that follows is point-to-point heavy stuff set across multi-lane highways and Nevada-inspired deserts which, I guess, technically makes Fortune Valley a literal sandbox. It's a pretty playground that's peppered with side challenges that boost your rep, but still wants for more life. If you intend to seriously move up in the 'rep' pecking order, you need to enter themed leagues (Race, Drift, Off-Road, Drag, or Runner), and your ultimate goal is to get even with your two-faced rival. 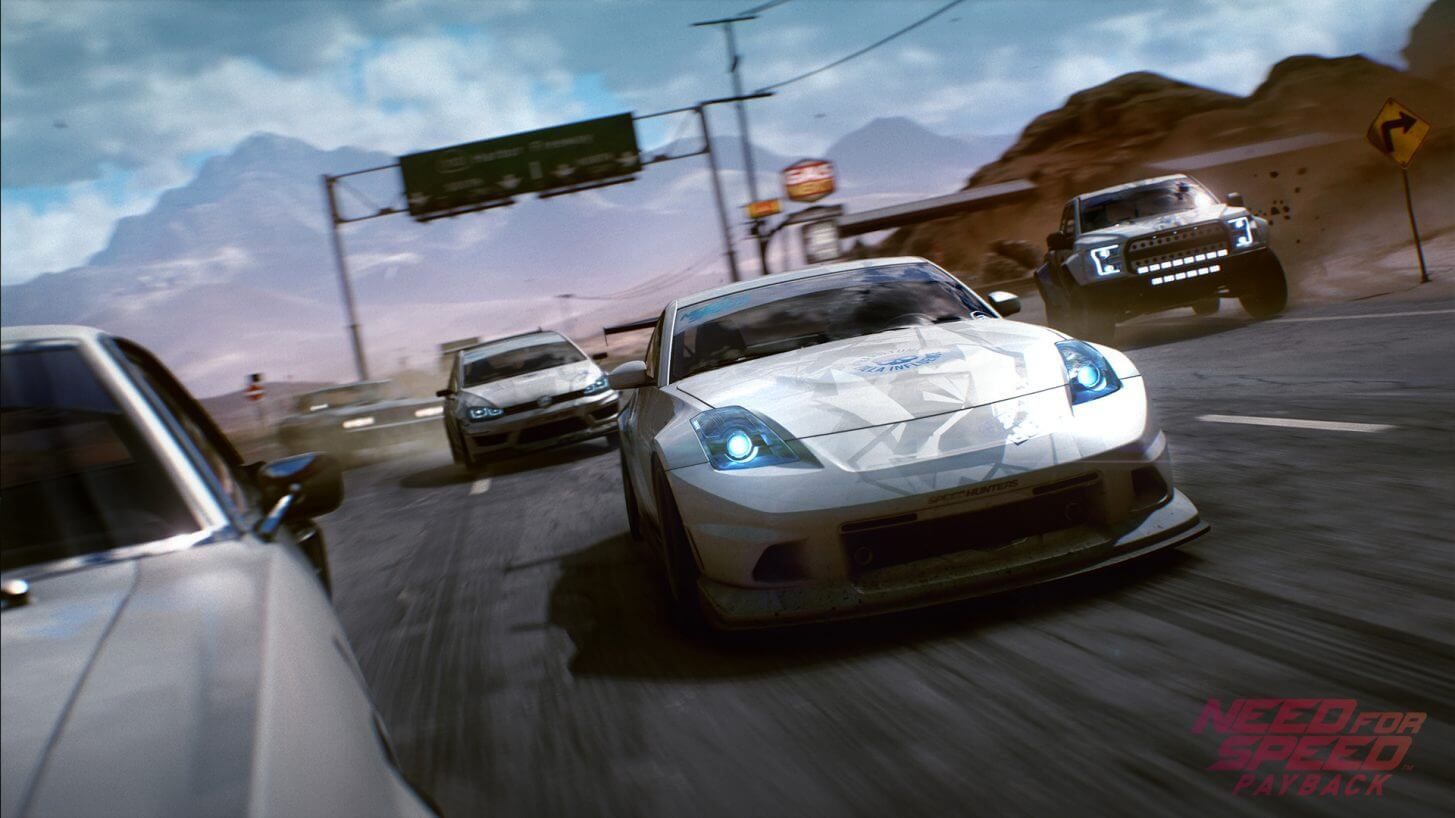 Obviously, the handling for each discipline feels quite different to one another: the street-based stuff eschews realistic handling for doughier, approachable drifting, and not much consequence if you “braille corner” by grinding against the odd barrier. In contrast, the extreme/dirt event stuff feels much looser and more fishtaily. This, of course, is bolstered with nitrous boosting, vehicular combat with semi-intelligent po-pos, and anorexic shortcut opportunities that can make or break you. I also liked the wrinkle of Side Bets, yet another gambling-themed hook that lets you risk a chunk of your winnings to earn more, providing you race in a creative, often counter-intuitive way (like smashing into objects).

Payback makes recommendations as to which of the 70+ vehicles you ought to use in any given event but is quite liberal with letting you use whatever car you feel will work. That said, while beating events in cars rated lower than the standard is do-able at the start, in the last quarter of the game your pimped out early-purchase cars suddenly become jalopies. A grind begins; all of a sudden you need to source a top-tier beast and the Speed Cards needed to ante it up well above the recommended entry baseline. It's a sharp difficulty ramp designed to get you microtransacting, and, though it's manageable if you backtrack and replay old events, I didn't appreciate the catastrophic stall.

We reviewed Need For Speed Payback on PlayStation 4 with a copy provided by the publisher.

In the end, greedy systems thwart a game that should, at its core, always be about constantly moving you forward, preferably at bunghole-tightening speeds. Too often are you told to go backwards (replay events for scratch) or, worse, sit and wait (shop inventories refresh every 30 minutes). Payback could have been a lovely throwback. Instead, it's hampered by more gear grinding than an L-plater learning to drive stick.