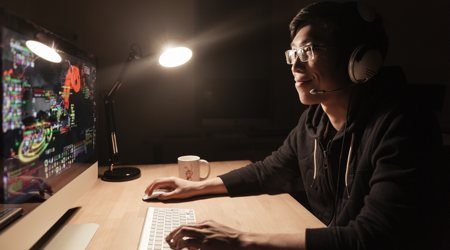 Aimed at gamers, MyRepublic is only offering broadband connections with unlimited data on the highest NBN speed tier.

The NBN rollout continues with its multi-technology approach to connections, but for all its growth, customers who have signed up haven't really been taking advantage of the speed opportunities the NBN delivers. Singapore-based ISP MyRepublic is hoping to change that later this month when it launches in Australia with a single plan offering up to 100/40Mbps speeds with unlimited data.

Where the bulk of leading Australian ISPs charge well over the $100 mark for a similar offering, MyRepublic is entering the market at a price point of $59.99 a month on a 12 month contract (for a total minimum cost of $720.88).

That makes it one of the cheapest unlimited data plans at the top NBN speed tier, full stop, but particularly when compared to the premium telcos.

If you can't get the top 100/40Mbps speed tier at your address, whether that's because you get fibre to the node or you are still stuck on ADSL, MyRepublic will offer the same plan, but can only deliver the speed your address is capable of achieving.

MyRepublic is marketing its entry into the Australian broadband landscape to gamers, with a pre-order Gamer bundle that offers customers a $200 discount off the price of a Playstation Pro console, and a high-speed modem for $1. The plan's Critical Information Summary dictates that you need a MyRepublic modem to get the plan, which normally sells for $99 (including delivery).

The Gamer plan will cost $69.90 a month after the pre-order offer, and MyRepublic promises that customers on the Gamer plan will get prioritised traffic for reduced latency not just for their general internet connection, but also access to leading games servers around the globe.

The $59.90 Gamer plan offer ends on November 14, the day before the ISP officially launches in Australia, though the company's standard plan will stay at that price point. Access to MyRepublic's NBN plans will also depend on the availability of high-speed NBN technology at your address.

To compare how MyRepublic's offer holds up, you can see other unlimited data NBN plans in the table below.