NBN denies that rollout is “faltering” 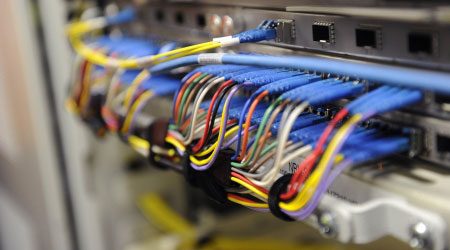 The multi-technology mix version of the National Broadband Network (NBN) was supposed to be much faster and cheaper than rolling out fibre to every house in Australia, but it isn't necessarily working out that way.

A leaked internal document shows that the design process for connecting homes for fibre-to-the-node (FTTN) is running far behind schedule, according to reports from Fairfax media.

FTTN relies on using existing copper telephone wiring to connect individual houses to higher-speed nodes deployed across the country. That should be less troublesome than the original fibre-to-the-premises (FTTP) plan, which required new connections into every household. (You can learn more about the different technology options in our detailed guide.)

However, according to the report, the process of designing how those connections work, which has to happen before any actual deployment happens, is falling far behind. As of February 19, just 662,665 premises had approved designs completed, which was less than half the target of 1,402,909 for that date.

Completed FTTN constructions were also behind, the report said. Just 29,005 had been completed, rather than the projected 94,273.

A hastily-issued statement from nbn (the government-backed company which is building the network) said that the reporting was not accurate.

"nbn rejects claims that the company is at risk of not meeting its targets, nbn has met or exceeded every key target for six quarters in a row," the statement said.

"The company is on track to meet or exceed its full year targets of 2.6 million homes Ready For Service, approximately one million homes using the network, and more than $300 million in revenue. The company's management has proven repeatedly that it can effectively monitor risks and manage those risks."

However, the statement stopped short of denying the existence of the document. "We will not be drawn on alleged internal documents, we report quarterly and our results are audited," the statement said. "This is an incredibly complex project unlike any infrastructure build anywhere in the world."

The build figures in the leaked report are not normally emphasised in nbn half-yearly reports. Last year, reports suggested that the pay TV HFC cable network which nbn had acquired from Optus and Telstra was also in much worse condition than expected and would require expensive repair work.

As of February, 1.7 million households were able to access some form of NBN service, with 736,052 actually signed up in those locations. 2016 will see the official launch of NBN's enhanced satellite service and of its pay TV cable option, which will mean customers who can currently only buy from Optus and Telstra will have a choice of other providers. Every household is supposed to have some form of NBN connection available, but relatively few will get to choose between them: if the rollout map suggests the best option for you is an FTTN connection, that's what you'll get, regardless of the state of the copper wiring in your neighbourhood.

Can you get the NBN in your area?