NBN Co extends network capacity due to coronavirus: What does that mean for consumers? 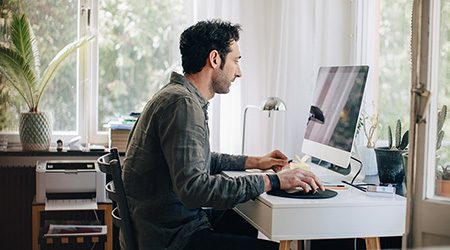 NBN Co reveals how heavily we're hitting the broadband network as it announces a continuation of its extra capacity offerings.

The COVID-19 pandemic has seen increasing numbers of Australians in lockdown situations, either working from home via videoconferencing apps, or simply keeping themselves entertained trawling the catalogues of the likes of Netflix, Amazon Prime Video and Disney+.

Which is all fine and well if you're an ISP, but let's face it, you're not an ISP.

Here's what the NBN Co's announcement actually means for consumers.

40% extra CVC means clearer lanes, but maybe not faster ones

Back in March as the nation shifted into lockdown, NBN Co announced a deal for ISPs that would see them gain 40% more CVC (Connectivity Virtual Circuit) access, based on the levels they were using back in February 2020 at no additional charge.

CVC is best expressed as the capacity for the network to take traffic on it. If you think of it like a tollway, what NBN Co announced was that it was allowing ISPs to access a roadway that was effectively 40% "wider" to take more cars (in this metaphor, that's you and me as Internet-using consumers and businesses) on it during peak periods. NBN Co charges the CVC to ISPs based on their expected use, and they then pass that on to us. But typically, in order to manage their profits, ISPs only buy as little CVC as possible. NBN Co was in effect giving them a 40% "boost" for no extra cost.

Within the driving world, an extra lane like that doesn't always lead to actual higher speeds, though, and it's also true in a broadband context.

What that 40% extra CVC is meant to combat isn't so much a question of your NBN connection being faster, but of it being more reliable within existing speed frameworks.

It's a problem of congestion, and just like everyone hates being stuck in traffic, nobody likes waiting longer than they need to for their next trashy Netflix binge to start, or seeing their Zoom meeting collapse into digital noise.

How bad is the current Internet congestion problem?

This is a very individual question, because the nature of your NBN connection can depend on a lot of variables, including (but not limited to) the type of connection you have, the quality of the infrastructure around you, your choice of ISP, their own CVC arrangements and the prevailing network conditions at the time you're trying to access online resources – which is all enough to make your head spin.

But NBN Co has released figures that show how much demand has peaked across the network, most notably in early April for downloads, although the rises in uploads have been rather more consistent. That's almost certainly down to the expansive growth in use of videoconferencing services for people who are able to work from home. 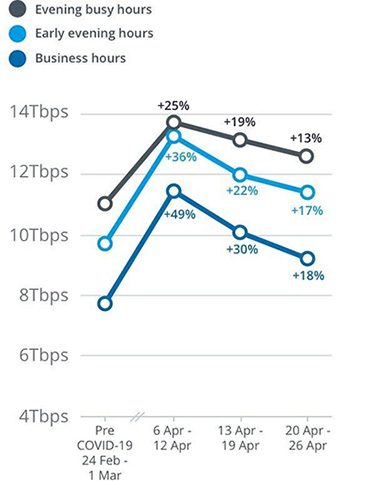 And here's how upload usage has increased over time: 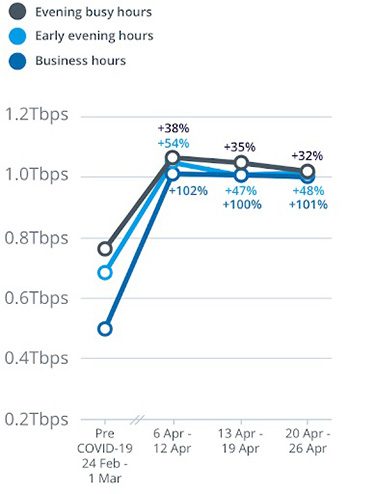 Why do Satellite NBN customers get a quota boost?

The arrangement for satellite NBN customers is different, with NBN Co offering up 45GB extra per user on a standard plan, rather than a CVC boost for individual ISPs to use. That's largely down to the different way that satellite NBN plans are sold. While in the fixed line space, unlimited plans are the norm, the need to balance the limited bandwidth on NBN Co's satellites means that it instead offers plans with data usage quotas in play.

After all, if you're on a fixed line NBN plan with unlimited usage, what difference would 45GB on top of that unlimited quota actually make?

Both these announcements made by NBN Co are in conjunction to the extra measures they've already announced to help support their customers during the coronavirus period.