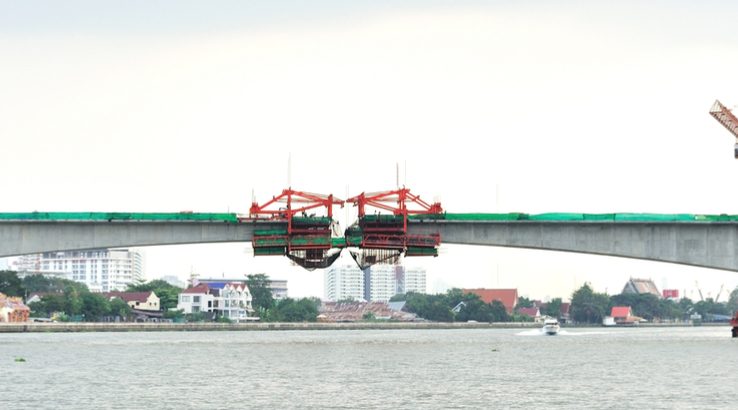 Willing but not yet able. The gap between cryptocurrency and traditional finance still needs bridging.

A Thomson Reuters survey of 400 financial institutions, including large asset managers, hedge funds and trading desks at big banks, has found that 1 in 5 were willing to trade cryptocurrency. Of those, 70% said they were planning to start trading crypto in the next three to six months.

At the same time, Nasdaq CEO Adena Friedman told CNBC that the exchange was open to the idea of cryptocurrency trading after the market had matured a bit.

"Certainly Nasdaq would consider becoming a crypto exchange over time," Friedman said. "If we do look at it and say 'it's time, people are ready for a more regulated market,' for something that provides a fair experience for investors.

"I believe that digital currencies will continue to persist. It's just a matter of how long it will take for that space to mature," Friedman said. "Once you look at it and say, 'do we want to provide a regulated market for this?' Certainly Nasdaq would consider it."

2018 has seen the gap between institutional and crypto money close rapidly, with a range of institutional traders turning to the potential offered by digital currencies and distributed ledger technology. It's only been a month since the TMX Group became the first major global exchange group to get into cryptocurrency, and according to the Reuters survey, there will likely be hundreds of financial institutions of different kinds getting involved in cryptocurrency through 2018.

Despite the increasingly close ties between crypto and traditional financial spaces, there's still an enormous regulation-filled chasm between them, filled mostly with discussions about how to accurately classify and accommodate a range of token types, especially securities.

According to Joseph Weinberg, OECD Think Tank special advisor and Shyft chairman, the main challenge is bridging that gap with a system able to accommodate a range of cryptocurrency classifications, including securities tokens (such as ICO coins), currency-style cryptocurrencies like bitcoin, utility tokens and the myriad grey areas between them.

It "could be a great thing" if Nasdaq were to become a crypto exchange, he said, but regulation is "a massive roadblock to something like this happening... how do you operate a bitcoin 'marketplace' while at the same time enable a security token exchange?

"There's a division right now between crypto marketplaces and security token exchanges. However, because it's all within the same asset class, a proper exchange should be both... Not to mention that crypto tokens present a tonne of edge cases in how they function, which makes the models quite different from the traditional way of thinking about exchanges."

The need to bridge that gap has seen cryptocurrency exchanges on one side and institutions like Nasdaq on the other building a bridge towards the centre.

For example, the Poloniex cryptocurrency exchange was reportedly the first to make overtures to the SEC about how to legally list securities tokens, and Coinbase and others are also looking in a similar direction.

It was also reported last Wednesday that Nasdaq has been collaborating with the Gemini exchange, allowing it to access market surveillance equipment to better understand how it could be applied to a regulated cryptocurrency market. At the same time, it's likely getting a better understanding of the brand new cybersecurity measures it, and other traditional institutions, will need to implement before they can effectively trade cryptocurrencies, says Yo Sub Kwon, CEO and co-founder of blockchain cybersecurity firm Hosho.

"It's smart for traditional exchanges like Nasdaq to leverage knowledge from existing cryptocurrency exchanges such as Gemini," Kwon said. "There are unique challenges from a cybersecurity perspective that need to be accounted for, such as wallet management. Someone who has already had to deal with those challenges will put Nasdaq on a better footing before they seek professional cybersecurity consultation.

"Wallet management is highly complex when covering different coins and tokens that have a variety of capabilities and best practices available. Most tokens released are managed by a smart contract that may or may not be secure. Exchanges need to be wary of not only their own security practices, but the innate security of the coins and tokens themselves and their respective wallets. Many of the other aspects relating to cybersecurity of a prominent regulated exchange should already be taken care of."

Willing but not yet able

Only a handful of large exchanges, including Nasdaq, have expressed interest in trading cryptocurrencies. But the problem is probably a lack of ability, rather than willingness. The main hurdles might be regulatory issues and cybersecurity concerns, both of which may be better tackled from the cryptocurrency side of the gap.

Dedicated cryptocurrency exchanges have a strong grasp on the latter by necessity – at least the ones that don't usually see hundreds of millions of dollars disappear, sometimes followed by insolvency do. Without complete confidence, the security risks can make cryptocurrency unpalatable for traditional exchanges.

Meanwhile, the regulatory obstacles are slowly being chipped away.

"SROs (self-regulatory organisations) take years to build from scratch," Weinberg says. "It's not an easy process, but the entity that cracks it unlocks the holy grail in completing the bridge between traditional and the crypto ecosystem."