Where could Nano's price be heading this year?

Nano, formerly known as RaiBlocks (XRB), is sometimes described as “what bitcoin should have been”. Unlike other coins, each Nano account has its own blockchain, and each transaction has a block of its own.

The end result is near-instant transactions with zero fees and all the usual benefits of security, transparency and decentralisation that the blockchain can offer. The benefits are undeniably useful, and Nano has seen impressive price growth despite staying off the major exchanges.

But is it enough? There’s a downside to each piece of good news.

If you want to form a clear picture of where the price of Nano, could be headed, you first need to examine the factors that could cause price growth and decline. Cryptocurrencies are complicated beasts, so there are several variables you’ll need to consider. Some of the most important ones are outlined in the table below.

What could drive Nano’s growth?

What could hold Nano back?

Where to buy Nano

What’s coming up in Nano’s roadmap

The latest version of Nano’s roadmap, released in October 2017, reveals the following key goals for 2018:

However, at the time of writing (20/03/2018) an updated roadmap was expected to be released soon.

Nano is far from the only cryptocurrency aiming to offer fast and affordable payments. There are plenty of other projects that could have a bearing (either positive or negative) on the price of NANO, so you’ll need to keep an eye on them to see how they stack up against Nano.

Beyond 2022: What does the future hold for Nano?

The good news is that Nano aims to simply be a store of value that can be quickly and reliably transferred. This is an essential function, so by excelling at it, Nano might naturally grow.

The bad news is that these won’t qualify as standout features for much longer. All cryptocurrencies are transferable, and low- or no-fee transfers will increasingly become the norm among a much wider range of coins.

Nano has relatively poor availability on exchanges and doesn’t offer anything except those core features. As such, its success largely comes down to its acceptance as a legitimate payment method in stores and elsewhere.

The hammer might fall around the time IOTA or Cardano become fully functional. When they do, there’s little reason why anyone would accept payment in a “useless” currency like Nano rather than one like IOTA, which has inherent functionality.

If it’s going to survive, Nano needs to get big fast.

Nano does exactly what it’s designed to do, and it does it well. However, quick, zero-fee transfers are increasingly becoming the norm, and without anything else to offer, NANO might not reach the highs some may be hoping for.

That said, if it can hold its own against myriad competitors and achieve a wider level of acceptance, Nano could still be worth a look. Do your own research to decide whether you should buy any NANO or steer clear.

Learn how to buy and sell Nano 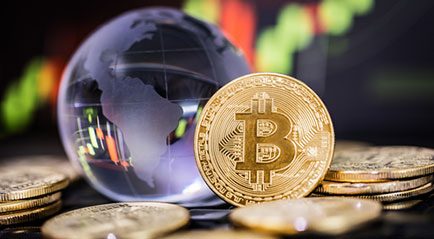