Quick verdict: The RIG MG-X Pro makes it effortless to flip to a quick Android gaming session on the go for just about any phone. 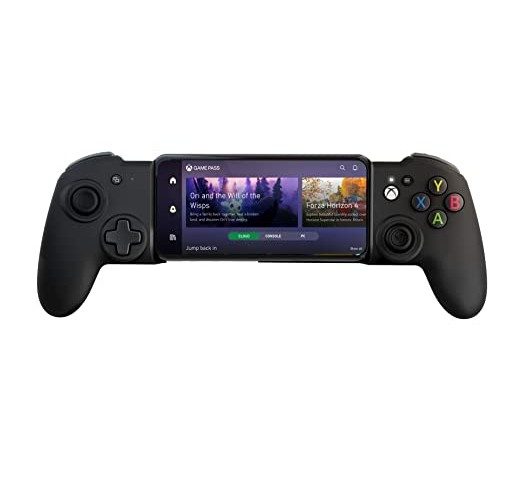 Bluetooth game controllers that prop the phone above the gamepad have been a category for many years now, but there's been less movement in devices that split, allowing for Switch-style mounting of your phone between game controls. 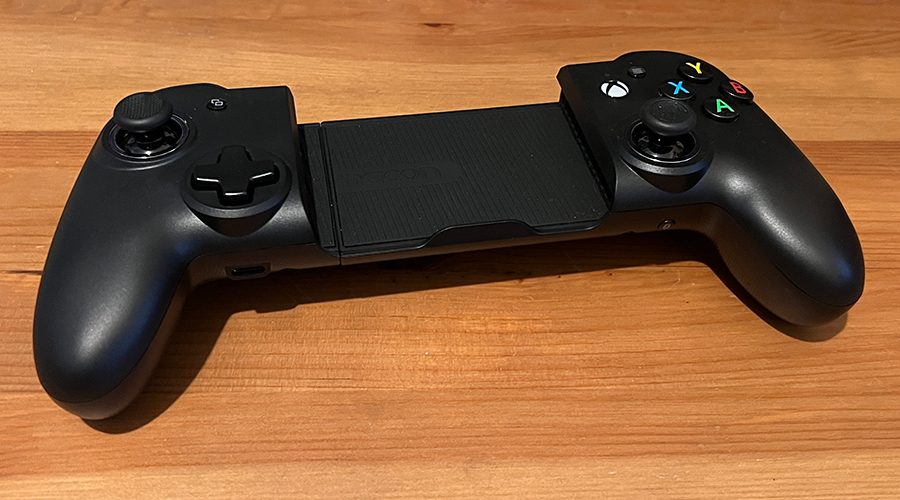 The Nacon RIG MG-X Pro is Xbox licensed, which means that Nacon can include a proper Xbox button – albeit a little smaller than you'd be used to on a regular Xbox controller – and a design style that mimics that of the official model fairly closely, with one big difference.

Your standard Xbox controller doesn't have a little support beam in the middle. That support beam stretches out to accommodate phones of up to 6.7 inches. That won't suit absolutely every phone ever built, but it nicely accommodated (for example) a Google Pixel 6 Pro in a case and a Samsung Galaxy S21 Ultra 5G in a case without a problem.

Because I'm me, I had to stretch the definition a little further and see if it could accommodate a Samsung Galaxy Z Fold 3.

To my great surprise, the answer was yes, and not just in cover display mode only. It will fit with the screen unfolded, too. 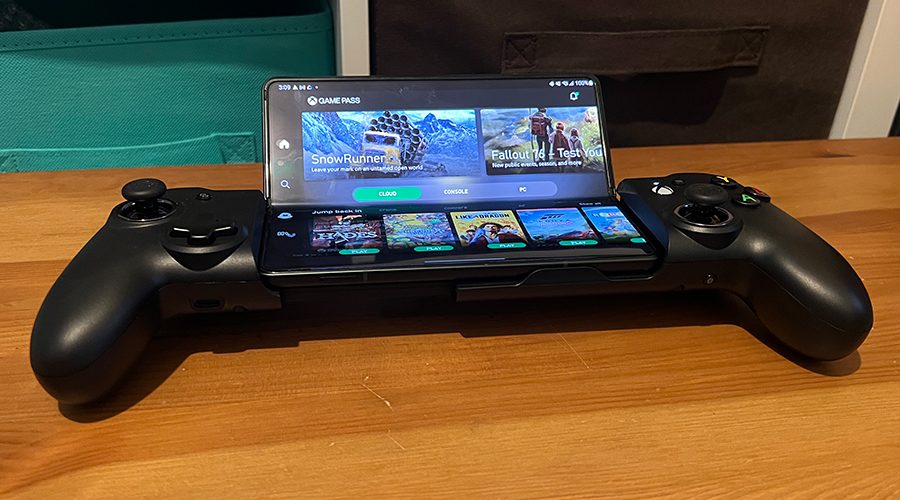 It's a ridiculously deluxe way to play games, actually, and highly recommended if your budget can handle both devices. Frankly, if you can afford the Galaxy Z Fold 3, the cost of the Nacon RIG MG-X Pro is probably marginal to you.

Outside the standard Xbox controls, extra buttons are minimal, with a small Bluetooth pairing button on the right-hand side and a USB-C port on the left-hand side. It's a charging-only port, which annoyingly means that you can't as easily use the Nacon RIG MG-X Pro as a wired PC controller as I might hope. 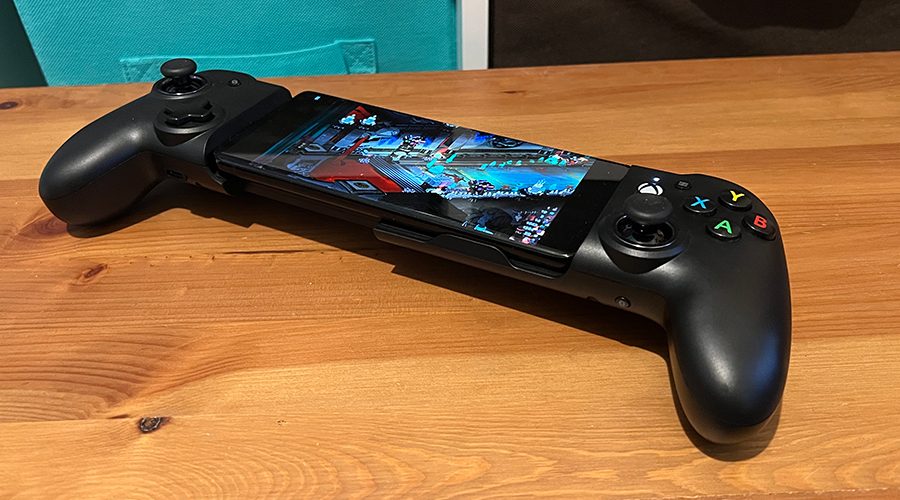 Pairing with any device was quick and painless, with the Xbox button also acting as an on/off switch with a long press. The nice detail here is that once you're paired with your Android phone of choice, all you need to do is slide the Nacon RIG MG-X Pro open and pop your phone in and then hit that Xbox button to be near instantly paired and ready to play.

The Nacon RIG MG-X Pro uses Bluetooth, but it's not MFi certified, which means that it'll happily pair with an iPhone and then proceed to do sweet bugger all in terms of game control.

If you're after this sort of experience on an iOS platform, look to Razer's second-generation Kishi controller instead.

I tested the Nacon RIG MG-X Pro across a range of native Android titles, as well as game streaming through Xbox GamePass and Antstream, and rarely hit any issues at all that I could attribute to the controller.

I'm not the biggest fan of Nacon's take on a directional pad, and that doesn't change with the Nacon RIG MG-X Pro. The wider spacing of the controller does make it very comfortable for extended gameplay sessions.

Nacon rates the Nacon RIG MG-X Pro as being good for up to 20 hours of gameplay time between recharges, and in my tests, it mostly hit those marks.

The annoyance here relative to controllers like the Kishi is that there's no passthrough power, and the odds are very good that your phone's power port will be obscured by the controller body. As such, you're not going to see 20 hours of gaming life out of your phone before it goes flat anyway.

Should you buy the Nacon RIG MG-X Pro?

There are choices in the Switch-style game controller clip category, even if they're not as wide as those that mount your phone above the controller itself.

The Nacon RIG MG-X Pro stands out nicely at a decent price – not cheap, but then these devices never are – and with real ease of use as a definite boon. You've obviously got to be quite serious about your mobile gaming for it to make sense at all, but if you're looking for this kind of controller, the Nacon RIG MG-X Pro comes highly recommended.

The Nacon RIG MG-X Pro used in this review was provided by Nacon for the purposes of review. It was tested with a variety of Android phones and game applications, including directly installed apps and cloud gaming apps to assess its build quality, gaming performance and battery endurance over a 2-week period.