Motorola launches Moto X4, G5S and G5S Plus in Australia 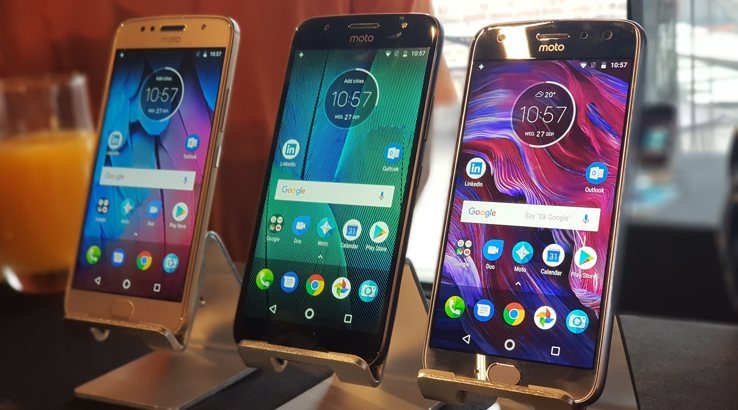 Plus new gaming and 360 camera mods for your Z series handset.

Motorola Australia has announced the availability of three new handsets in the Australian market, with new entries in the affordable G series of phones as well as the return of the more mid-range Moto X series.

The Moto X4 is the hero handset of the trio, featuring a 5.2 inch 1080p display, dual 12/16MP cameras and 4GB of RAM. It runs on the Qualcomm Snapdragon 630 SoC and there's 64GB of onboard memory plus a MicroSD expansion slot. The Motorola X4 will be available from Motorola's online store and via JB Hi-Fi from tomorrow for $699 outright.

Motorola's G series phones have long been a smart pick for those wanting a good budget option, and while pricing is slightly up for the new GS5 and GS5 Plus, there's a slew of new features to justify their $349 and $429 asking prices.

For the 5.5-inch 1080p Moto G5S Plus, the big new addition is the dual camera array, with one colour and one monochrome lens for more vibrant photographic possibilities. We've seen dual cameras start to emerge from the mid-range phones, but this is the first budget handset to offer the functionality in Australia.

The $429 Motorola Moto G5S Plus runs on the Qualcomm Snapdragon 625 SoC with either 3GB or 4GB of RAM. Only the 3GB version will be available at retail through JB Hi-Fi, while Motorola will sell the 4GB variant through its online store at a $30 price premium. Storage is 32GB plus microSD card expansion, although the G5S Plus is a Dual SIM phone, with the secondary SIM card slot also pulling the familiar trick of acting as the microSD card storage. As such, you can choose one or the other, but not both at once.

The lower cost $349 Motorola Moto G5S has a 5.2-inch 1080p display with a single 16MP f/2.0 rear camera lens. On the processor front, it's running on a Qualcomm Snapdragon 430 with 3GB of RAM and 32GB of onboard storage. Like the Moto G5S Plus, it's a Dual SIM phone with the secondary slot also available for microSD expansion. Both the Moto G5S and Moto G5S Plus run on Android 7.1.1, and both will be available from tomorrow. 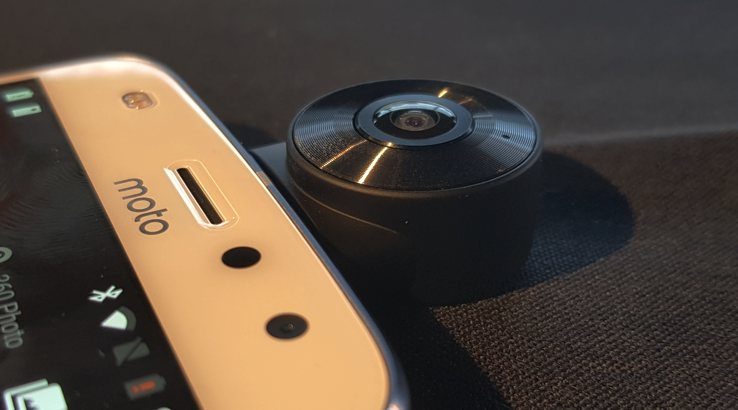 Motorola has also launched new Moto Mods accessories for its Z series phones, such as the recently reviewed Motorola Moto Z2 Play. The new Moto 360 Camera brings 360 degree camera compatibility to any Moto Mod capable handset, with 4K recording capability for both recording and live streaming across social media. The Moto 360 Camera will be available from today on Motorola's local web site for $369 outright. 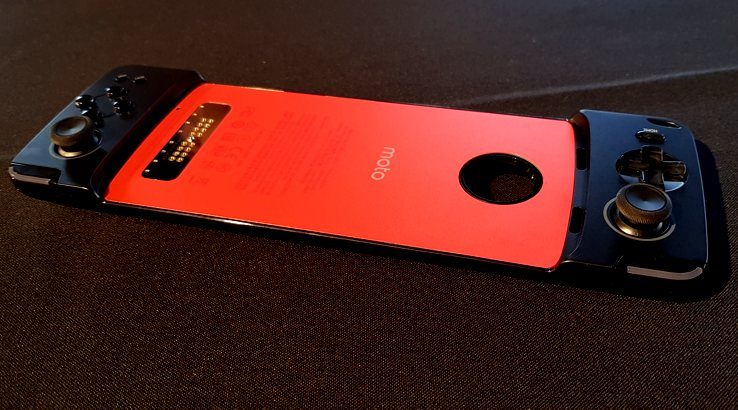 The Motorola GamePad Mod does rather describe what it does, or at least part of its function. It's a gamepad mod for Moto Z series devices that transforms the phone into something that looks rather like a smaller Nintendo Switch, albeit quite a bit less expensive than Nintendo's popular home console.

Motorola uses the direct pin connection on the GamePad for faster response times than on Bluetooth-connected Android gamepads, but the claim is that because they're using the same software profiles, any game that currently supports Android gamepads should work with it.

The other interesting factor here is that the gamepad itself incorporates a 1,305mAh battery, so you can keep gaming even longer. Given it's not that much more than the existing battery mods, it could be a worthwhile buy just for that purpose. The Motorola GamePad Mod will be available from today at Motorola's local web site for $139 outright.