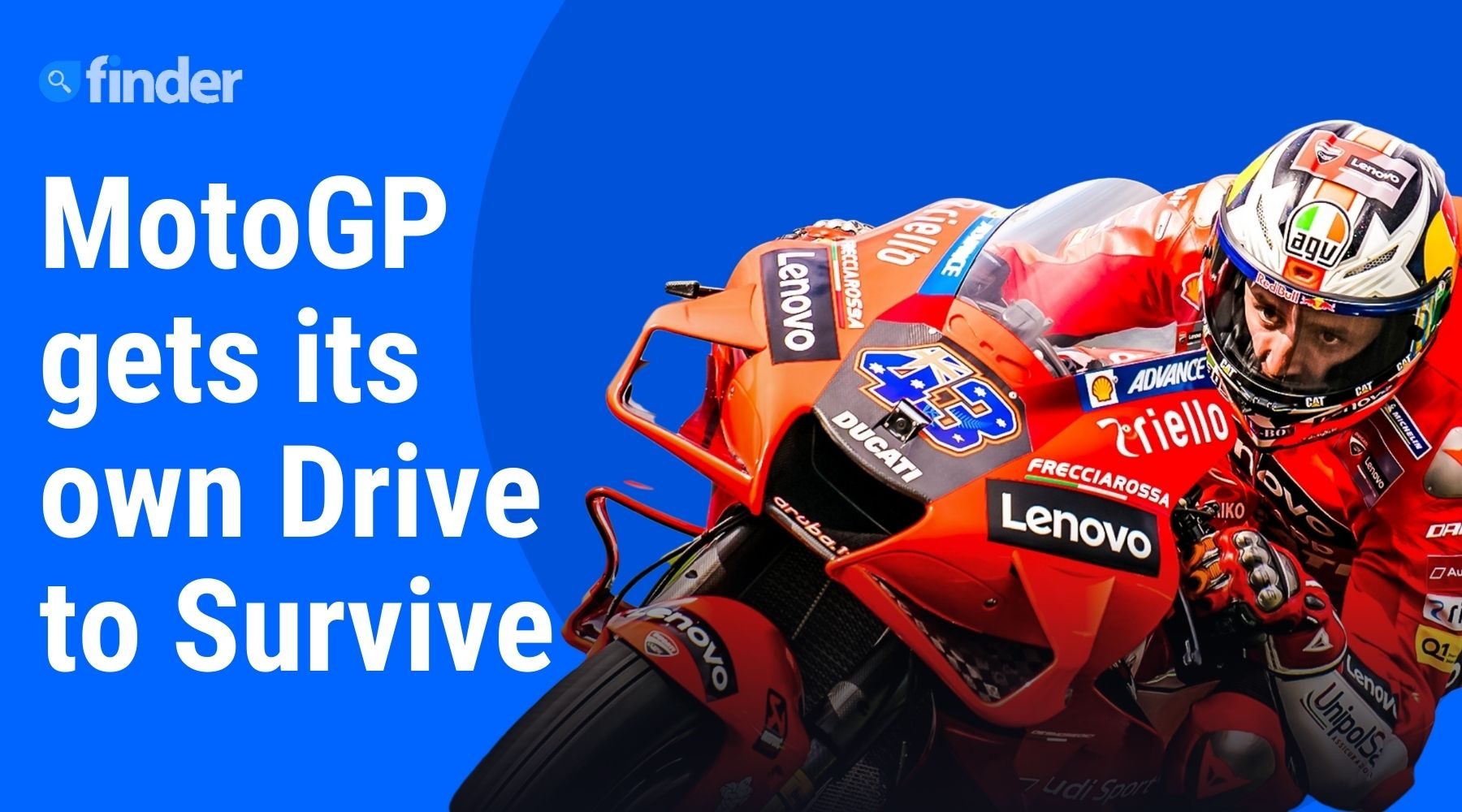 MotoGP Unlimited will follow the 18-race 2021 season of MotoGP. It will feature 8, 50-minute episodes, full of the same thrills, triumphs and heartbreaks MotoGP fans are accustomed to seeing in live races.

There will also be plenty of behind-the-scenes drama, as teammates and rivals alike jockey to prove themselves the best.

When will MotoGP Unlimited be released?

Who will stream MotoGP Unlimited in Australia?

It will be streamed exclusively on Amazon Prime Video. If this series is tempting you to try the service out for the first time, here's everything you need to know about Prime Video.

Prime Video costs $6.99 a month, while giving you 4 simultaneous streams and 4K Ultra High Definition comes standard. It also gives you access to Amazon Prime shopping benefits and Amazon Music. You can see how to secure your Prime Video 30-day free trial here.

What to expect from the new MotoGP docuseries

The series will feature interviews and day-to-day footage with some of the sport's biggest stars including Fabio Quartararo, Marc Marquez, Frencesco Bagnia and Aussie Jack Miller. But it's not just the athletes the series will follow. Team personnel, such as directors and engineers, will also be featured, and are sure to have plenty to say about the behind-the-scenes work and drama that goes into a season.

One of the biggest storylines to watch this season will be the swan song of MotoGP legend Valentino Rossi. The Italian, considered by many to be the greatest MotoGP rider ever, rode his final season in 2021. His iconic career spanned 26 seasons and 9 world championships.

There were plenty of other jaw-dropping events in MotoGP's 2021 season, likely to make a splash in the series. Spain's Maverick Vinales ended his contract with his team, Yamaha, after he was suspended for a race due to "unexplained operation of the motorcycle."

Frenchman Fabio Quartaro mysteriously fell from 1st to 13th during the Spanish GP, eventually revealed to be due to a right arm injury. He underwent surgery midseason, and ultimately couldn't be stopped from winning the championship.

Will it be the same as F1 Drive to Survive?

MotoGP Unlimited certainly seems to have taken a significant influence from Netflix's popular Formula 1 series, and it's easy to see why. Drive to Survive has been a boon to the popularity of F1, introducing a whole new generation of fans to the sport. If you've watched Drive to Survive, the trailer below will suggest a similar format and style to what you've seen.

But MotoGP Unlimited will have plenty of its own to offer, including a whole different cast of characters, and a more visceral and debatably more exciting sport to follow. There's plenty of room in the world of motorsport for another warts-and-all look at adrenaline-fuelled racing.

Most interestingly is that Netflix is ensuring the new season of Drive to Survive releases 3 days earlier on 11 March so it can beat Prime Video to the punch.

Other sports docuseries on Prime Video

Can't wait for this series to drop? Prime Video has a number of similar insider documentaries that should help tide you over.

Making Their Mark is a series released last year, which followed the AFL's 2020 season. This season was best remembered for massive complications caused by the COVID-19 pandemic, and the series gave an unprecedented look into the lives of stars like Eddie Betts, Nic Naitanui and Rory Sloane.

The Test: A New Era for Australia's Team, was released in 2020, and covered the lead-up to Australia's Ashes campaign in the wake of the infamous ball-tampering incident in South Africa. It's an amazing historical documentary on one of the most tumultuous periods in Australian cricket history. A doco on Shane Warne's career has also been released.

Then of course there's the All or Nothing series that follows the likes of the Toronto Maple Leafs, All Blacks, Man City, Juventus, Dallas Cowboys and more.

Want to find out where you can live stream MotoGP in Australia? Find out your MotoGP broadcast options here. Curious what other content you can find on Amazon Prime Video? See 40 of the best shows on Amazon Prime.