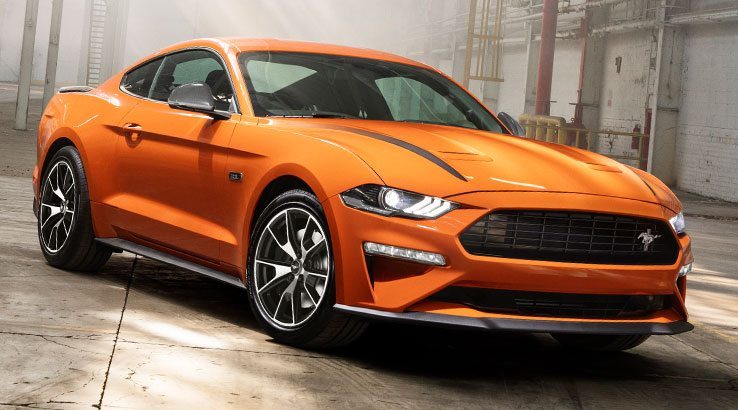 As part of the upcoming 2020 Mustang line-up, Ford has added a more powerful turbocharged four-cylinder petrol engine into the line-up.

Most powerful turbocharged Mustang to date

Ford's newly turbocharged engine is a product of the company's Performance Division, who've managed to squeeze 236kW from the lightweight aluminium-alloy block at 6,200rpm and a mean 448Nm of torque at 3,800 revs. However, the Mustang's Chief Program Engineer, Carl Wildmann, wants it known that the carmaker isn't chasing headlines by inflating the engine's outputs.

"It's not just the power gains over the previous 2.3-litre engine, it's the broader torque curve that delivers 90 percent of peak torque between 2,500 and 5,300 rpm. Plus, horsepower holds stronger up to the 6,500-rpm redline – enabling more usable power and torque," Wildmann explained.

This new 2.3-litre engine presents prospective Mustang buyers with a bit more choice, as prior to this announcement, the only other performance engine available was a thirsty 5.0-litre V8 petrol. In a move that'll please petrolhead purists, Ford says they will build the original muscle car with the option of a six-speed manual or a ten-speed automatic cog-swapper. 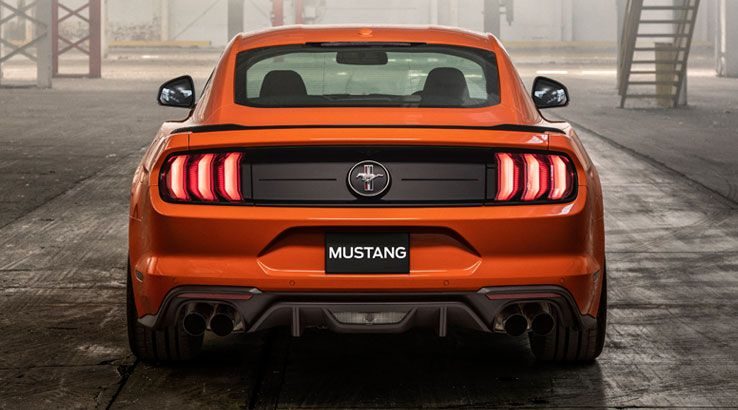 Apart from the notchback body style, all classic Mustang shapes are represented. Australian Ford enthusiasts can purchase the 2020 model as either a convertible or the sleek and flowing fastback. To differentiate the GT models, there are unique badges as well as an emphasised front splitter and Magnetic grey lip spoiler on the fastbacks. At the time of ordering, you'll have the option of some traditional metallic paint options as well as the vibrant, heritage-inspired 2020 colours of Grabber Lime and Orange Twist.

Boffins have tweaked the chassis design for more balanced weight distribution and tightened the handling through thicker anti-roll bars. Stopping shouldn't be too much of an issue thanks to performance brake components supplied by the world-renowned Brembo. The Mustang rolls on 19-inch, machined alloy wheels and for traction, Ford opted to clothe the wheels in super sticky Pirelli P Zero Corsa rubber. P Zero Corsas are supposed to be one of the most sporting road-legal tyres on sale.

If the Mustang is a horse, then the interior is the saddle. Ford has lavished the saddle of the Mustang with more premium-feeling materials and the High Performance model gets additional luxuriant touches like aluminium instrument surrounds. Standard features include leather-upholstered steering wheels and seats, Ford's excellent SYNC3 infotainment system with an 8.0-inch display and built-in satellite navigation.

For convertibles, the soft-top material is designed to cut down on external noises and open or close in seven seconds flat.

"With distinctive looks, increased equipment level and bold colour choices, the turbocharged model is a welcome addition to the line-up, bringing a freshness to the range while still being pure Mustang," Hart enthused.

The High Performance 2.3L Mustang will go on sale in February 2020. Ford expects to affirm pricing closer to the launch date.