Most popular destinations for Australians, revealed 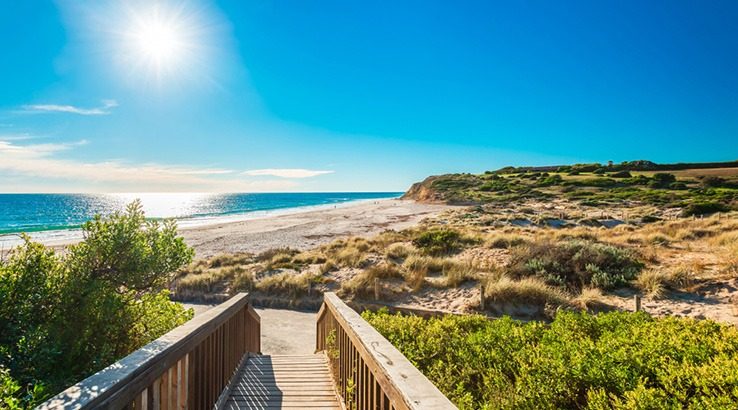 It might surprise you (just a tad) to know that Bali isn't top of our international flight lists.

As we settle into the new year, Finder looks back on the year that was and the places we have been. Personally our team has spent the year travelling in Melbourne, Sunshine Coast, South Africa, Japan and the UK - but where did Australians in general spend their annual leave and hard-earned cash going city by city?

Bookings made through Skyscanner throughout 2018 reveal some predictable routes as well as some more surprising contenders.

These routes and fares are based on one adult travelling in economy on a return fare booked and taken in 2018.

We love Bali, but not as much as you might think

Looking at our overseas breaks, Bali featured predominantly across the Top 5 destinations for most of Australia's big cities, making it the most popular overseas destination overall. Despite this, it wasn't the #1 destination for any of the major cities we looked at, often coming second or third behind Auckland and Bangkok.

London was a hot favourite out of Sydney, Brisbane, Adelaide, Melbourne, Perth, Canberra, Hobart and Darwin and was the only city to make the cut on the European continent. North America made a small wave, but only with Brisbanites with Los Angeles coming up as its #4 destination booked.

While Sydney-Melbourne was up there as a top domestic route, it wasn't the most popular one taken by Sydneysiders. That was the Sydney-Adelaide route.

There must be something in the water because Adelaide topped the list for the place to travel to from a number of major Aussie cities, including Brisbane, Darwin, Gold Coast and Perth.

The next most popular domestic city for us to hightail it to was sunny Brisbane. It was the most booked destination from Adelaide, Melbourne, Cairns and Hobart through Skyscanner for travel last year.

How much are we paying?

Perhaps we've already been there and done that or perhaps we're just not interested in our cheapest routes. Whatever the case, domestically we're travelling on more expensive routes that are on offer.

For example, Brisbanites would prefer to fly to Adelaide, and pay an average of $317 per adult to get there and back, than visit Cairns, Melbourne or Sydney where the average flight purchased sits between $212 and $274 return.

Internationally, it's a mixed bag but we do prefer to fly to cheaper destinations such as Bali and Auckland over pricier cities like London and Los Angeles.

Searching for an up and coming destination? The popular domestic locations are pretty same-same across all cities but there are a few interesting outliers that came out of the woodwork in 2018.

If you're flying out of Sydney why not try South Korea? It was the 4th most popular destination booked by Sydneysiders last year and is hot on our bucket lists, too.

If you're in Canberra, why not try Colombo? The capital of Sri Lanka was a hot favourite with those living in the capital last year, being the 2nd most booked international destination of 2018.

And if you're in Adelaide trying to get away from the swarm of tourists, you might like to put your money to a trip to Ho Chi Minh City. It was the 4th most popular destination for Adelaideans last year.

Keen to fly? Search for your next trip through Skyscanner: