Most common car crimes by state 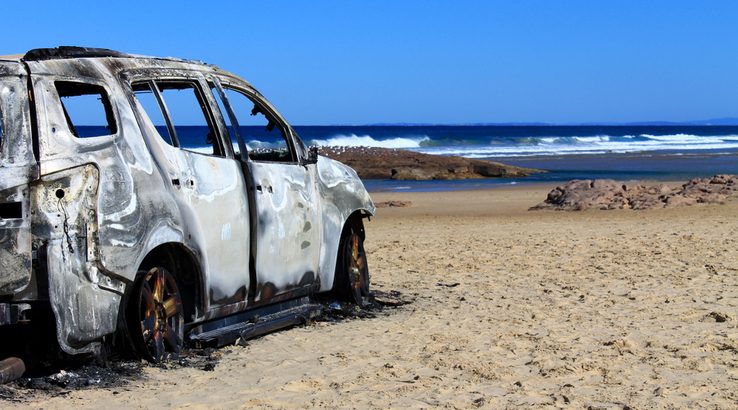 Motor vehicle theft down 2% from the previous year.

There were 54,294 vehicles stolen nationwide between October 2016 to September 2017, down overall by 2% from the previous year. However, the ACT, Queensland and Tasmania all saw sharp, double-figure increases in car theft. While Victoria had the most vehicle thefts of any state, with 16,599, amounting to over 30% of the national totals!

For some states, vehicle arson and burglary (theft from a vehicle) figures were not published. Numbers are from the National Motor Vehicle Theft Reduction Council (NMVTRC) unless otherwise stated. So, how did each state fare?

The premier state, New South Wales, experienced a whopping 22.5% of all national car thefts. The total number of thefts was 13,288 according to the state’s crime records tool BOSCAR.

Sydney suburb, Blacktown saw 835 vehicles stolen. The Central Coast region was next with 742 thefts, followed by Canterbury-Bankstown with 703, Lake Macquarie at 561 and Penrith Police recorded 519 thefts.

New South Wales figures showed there were 39,034 vehicle burglary crimes committed. Blacktown again ranked first for vehicle burglaries, with 2,566, an increase of 7.1% over the previous year. According to the NMVTRC, the top five car theft areas are:

Proving that it’s not always sunny in the sunshine state, Queensland placed third nationally for vehicle thefts. The total for the year was 10,879, 20% of the overall thefts. Brisbane has the most thefts of any Australian city, with 2,433.

The RACQ revealed the most likely places your vehicle would receive attention from vandals based on two years worth of data. Southport finished at the top once again, according to RACQ spokesperson Kirsty Clinton.

Insurers dealt with 828 vandalism claims during 2017.

According to the RAA, in South Australia, more than 30 vehicles are stolen or broken into per day. Statewide, 3,162 vehicles were taken and a further 8,435 broken into.

According to Tasmania Police, there were 1,415 cases of burglary from a motor vehicle. Criminals stole 1,321 vehicles. The most stolen cars were older models, like the 1995 Nissan Pulsar. The majority of crimes occurred between 20:00 and 23:59.

Victoria experienced the highest overall thefts, with a 30.6% share of the total. That equates to 16,599 incidents. Motorists were most likely to be victims of crime between 16:00 - 19:59 on a Friday. Passenger or light commercial vehicles accounted for 83.5% of thefts. Again, the 1995 Nissan Pulsar N15 was the most stolen vehicle, with 575 going missing.

Western Australia saw 7,956 car thefts. The number dropped 7.9% over the previous report. Motorcycles made up almost a quarter of thefts. The 2006-2013 Holden Commodore VE was the most stolen passenger vehicle.