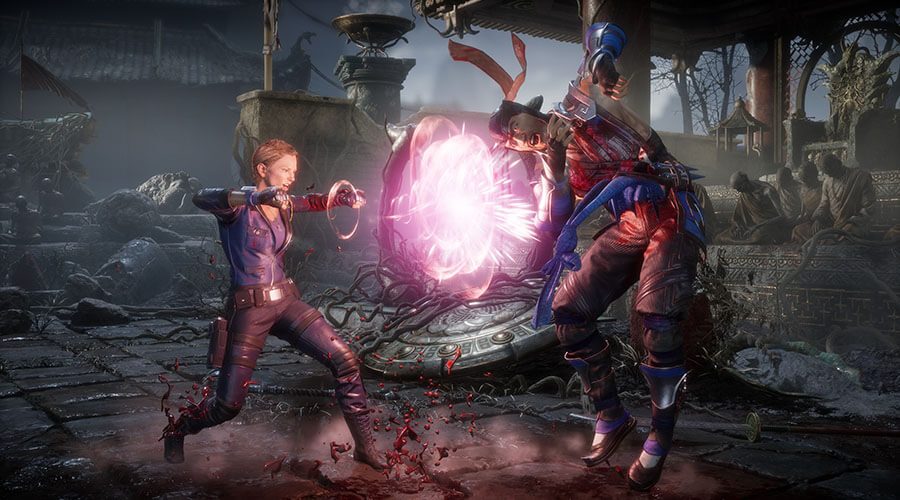 While fighting games are not known for their compelling narratives, Mortal Kombat punches above its weight. Ridiculously so. Like a 63kg Sonya Blade uppercutting an 8' 2" four-armed dragon prince into some ceiling spikes. Since 1997 I've been lured back to the franchise by the ultra-violence, but I stay for the drama of this cross-dimensional soap-opera. Yet again, the singularly-focused NetherRealm Studios has the genre in a chokehold when it comes to storytelling.

Skilfully threaded through some of the bloodiest fisticuffs ever put to a screen are the continuing trials and tribulations of EarthRealm. Kotal Kahn has ascended the throne while Thunder God Raiden has almost made a full transition to tyrant in his quest to destroy his undead proteges (Lui Kang, Kung Lao and Kitana). When a final battle is joined by these old favourites who are stuck in their "Thriller" phase and a younger generation of Special Forces fighters, a new threat emerges. The debuting antagonists are coarse, rough, irritating and they get everywhere all the time.

You guessed that right, folks. In a game that already has personified versions of rain and smoke for fighters, sand is the new big-bad. Or, more specifically: Kronika, keeper of the sands of time and her equally gritty minions Geras and Cetrion. Their basic evil monologue is that Kronika is out to rewrite history to remove Raiden's influence. In order to protect herself while weaving this feat, she resurrects a bunch of perma-dead characters (sorry, kharacters) by plucking them from the late Nineties. 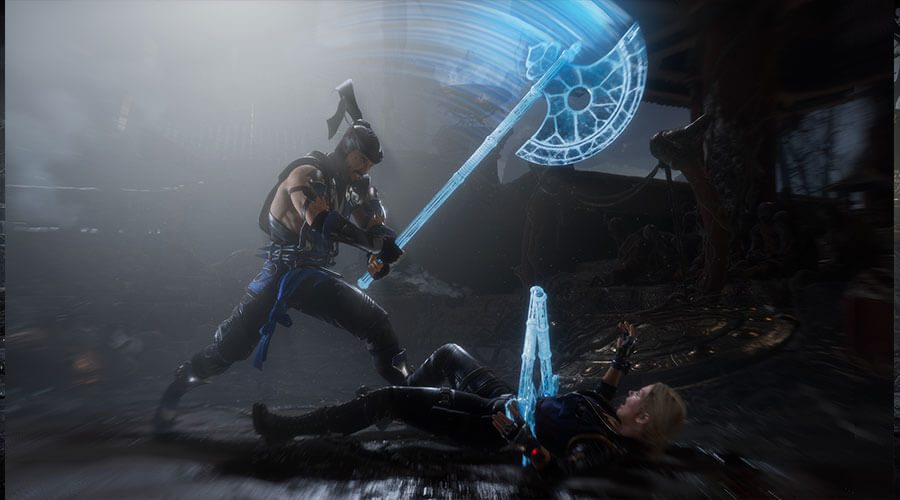 Longterm fans are effectively looking at do-over storylines of beloved scumbags like Shao Kahn, Skarlet, Baraka, Scorpion, Erron Black and Kano. The powers of good have their roster refilled with Jade, Raiden, Kitana, Liu Kang and Kung Lao. Also, we get some comedic relief in the form of some double ups. For example, a younger Sonya and a more douchier Johnny Cage have to co-exist with their older selves and their daughter, Cassie Cage.

I'll not spoil much more than that, but suffice to say there are some cool plot-twists borne of fighters having "20-20 hindsight vision today". You also get moments where you're offered binary choices on which fighter to use in certain battles, and your performance in the final battle will determine one of three possible endings. All told, it's a compelling six hour story package that kept me frozen to my armchair like a double ice backfire.

The fighting itself has evolved pleasingly, though not massively. The fan-service brutalities and fatalities return to put your nana off her knitting, and the X-ray moves of yore and gore have been repackaged as Krushing Blows and Fatal Blows.

The former are showier and nastier versions of your kombatant's bog-standard special moves. Each fighter has roughly half a dozen of them, and the interesting wrinkle is that they're condition-based attacks. For example, one might trigger if you counter hit or punish a certain enemy behaviour. All told, being able to read your opponent like a book and lure them into these specific beatdowns is incredibly gratifying stuff. Meanwhile, Fatal Blows can dispense ludicrous amounts of damage, but they can only be used once per match and become available when your health drops below 30%. Having a one-shot table-turner in every bout adds a wonderful new tension to everything. And whiffing one of these turns what would have been an honourable loss into a humiliating one.

Great players are further sorted from average ones via the new flawless block mechanic. Once again, being able to expertly predict your foe's moves is rewarded with endorphins, and also a small window to transition from defensive turtle to aggressor.

Even better news: when the 12-chapter story mode wraps, it's just the entree of MK11. You can expect to spend hours (and hours and hours) grinding in a bunch of side-event modes (excessively so, I'm afraid). Along with a solid online mode and the usual loot chest fest of unlockables that is the Krypt, most of a soloist's time will be spent bashing their head against Klassic Towers and the Towers of Time. The former is straightforward and fun – five towers that can be endlessly replayed offline to earn fight monies – the latter mode, however, is a bit of a problem (at the time of writing).

Towers of Time is a revolving door mode that constantly rotates challenging tasks in and out of your life. Essentially, it should be seen as a sadistic take on the Multiverse mode found in NetherRealm's DC fight-fest, Injustice 2, or a much more punishing take on MK10's Living Towers. You take on a whole bunch of fights with pain in the butt "modifiers" and "konsumables" that have paltry rewards married to AI difficulty that ramps up insanely fast. 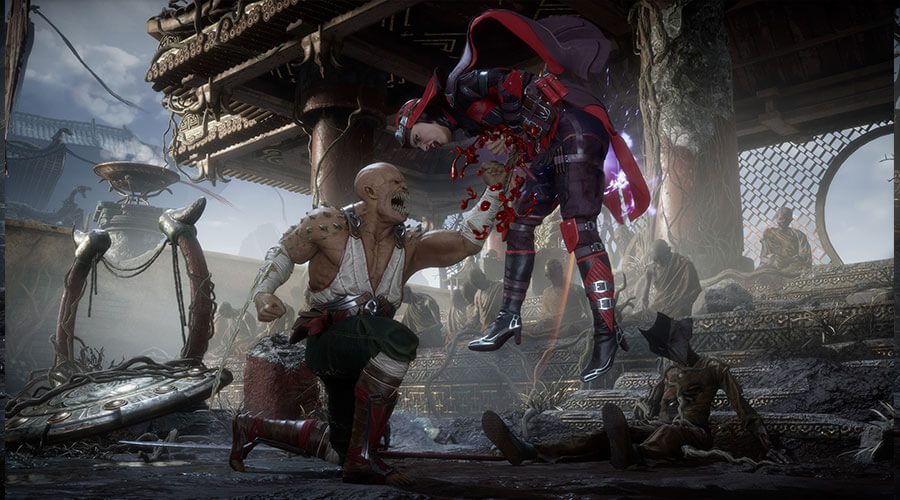 Sounds like brutal fun on paper, but there's a kick to the face coming, even for you highly-skilled MK veterans. It quickly becomes apparent that in order to acquire the things you need to succeed, you'll be forced to take the microtransactions route (and to the tune of far too many dollars). NetherRealm has already received a lot of flak for being tight-fisted and has pulled back a bit on the nickel-and-diming with a patch. However, I think more needs to be done. Player time isn't being respected.

It's a shame that this black stain (still) exists, because otherwise Mortal Kombat 11 continues the franchise's stellar run of sequels. The visuals have never been this gore-geous, the pre-fight trashtalk scripting is incredibly slick and NetherRealm has cleverly cross-pollinated some ideas across from Injustice 2. One stand out is the Custom Variation feature which lets you tailor the cosmetics of your outfits and weapons and (unlike Injustice 2) this won't affect the personalised movesets you set up. What we have here is the best of both worlds. Uh... dimensions. Realms? Whatever.

Another K.O. for NetherRealm but by no means a flawless victory. Ongoing issues with an overly grindy end-game keep this sequel from greatness.