The field of institutional-oriented bitcoin derivatives is growing quickly and sensibly.

The pieces are in place, and now it's just a matter of completing an internal review process and proving client demand, Bloomberg reports.

At a time when Wall Street giants are looking more closely at bitcoin and cryptocurrency than ever before, Morgan Stanley might be one of the later entrants to the field, reportedly set to come in with bitcoin price swap derivatives. These will functionally give speculators the option of going long or short on bitcoin, with Morgan Stanley charging a spread for each transaction.

It won't involve actually buying and holding bitcoin, so much as just being a way of betting on its future price movements from a distance.

This makes a lot of sense in line with Wall Street's general take on cryptocurrency, and Morgan Stanley's in particular.

Firstly, holding and storing "physical" cryptocurrency is still a major logistical and regulatory pain for established financial institutions. It's one of the main obstacles for closer institutional involvement in the space. This is why Goldman Sachs and others have similarly started out with bitcoin price-linked products to sate trader demand for exposure to the asset class while working towards actual custody solutions elsewhere.

Morgan Stanley's arms-length take is par for course. Going forward, it's also worth noting that more large financial institutions whetting client appetite for bitcoin price exposure now might mean more potential market impacts from the launch of Bakkt later. One might think of all these non-physical bitcoin derivatives as building pressure, which Bakkt might release by adding "real" bitcoin warehousing to the mix, and exploring demand for bitcoin as an actual asset class rather than mere demand for exposure to its volatility. It might go either way though – or neither way. 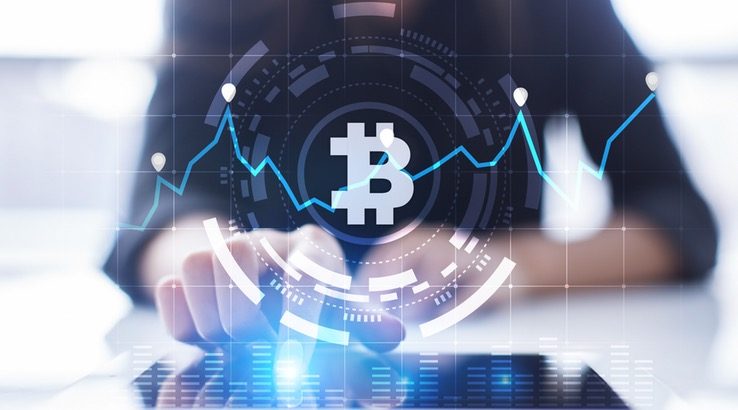 Morgan Stanley's approach, in the form of price return swaps, also makes a lot of sense in line with its previous takes on the bitcoin and crypto space.

"The idea is that as institutional investors seek out increasingly higher levels of risk/return, that Bitcoin may represent the most risky/potentially highest return available, and hence could be evolving quickly into a primary barometer/leading indicator for broader financial markets and risk appetite," it said in a letter to clients in February 2018.

By adding a futures-like derivative that allows clients to bet on future market movements, Morgan Stanley might be aiming to further explore the ties between bitcoin sentiment and other market indicators. For example, more shorts might indicate expectations of lower bitcoin demand in the future which might then suggest a lower appetite for risk in the wider market.

Of course, as the last year has shown, the altcoin markets are the real high risk high return space. Next to them, bitcoin is the safe and reliable option.

If the trend continues, an institution that really wants to satisfy risk-happy clients will need to look beyond bitcoin.