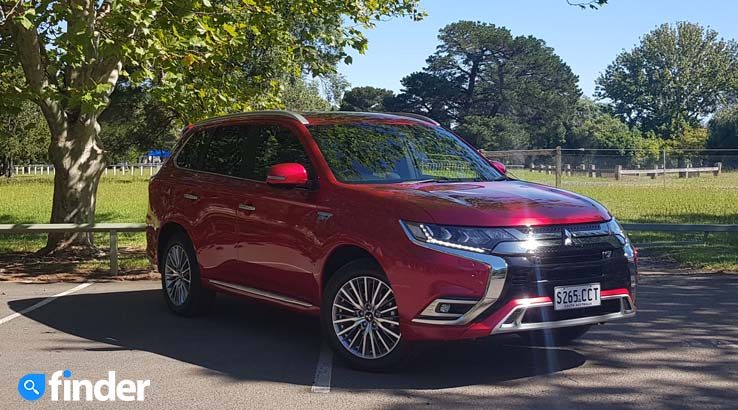 In the market for an SUV to carry the family but equally concerned about the impact a larger vehicle may have on the environment? The Mitsubishi Outlander offers up the only plug-in hybrid powertrain in the SUV segment. It could well be the lightly treading vehicle you seek.

Here's why the Outlander PHEV may be the environmentally conscious SUV you have been searching for.

Inside the Mitsubishi Outlander Exceed there are elements that give you the impression that it is more of a premium offering and then there are some others that make you question that perception.

Up front, the driver and passenger get electronically adjusted seating with adjustable lumbar support. In front of the driver is a four-spoke, leather-wrapped steering wheel, which feels good in hand.

An eight-inch infotainment screen loaded with Apple CarPlay and Android Auto links up with a sharp-sounding eight-speaker "Mitsubishi Power Sound System". Mitsubishi has taken the smartphone integration further, with a free app that allows you to do various things like check charge times, turn off the parking lights and headlights and even switch the heater on – a nice touch as the days get shorter and colder.

If you can't settle on the temperature with your passenger before taking off, you will both be able to take advantage of dual-zone climate control. The air conditioning system is supplemented by an electric heater when the vehicle is in EV mode too.

Throughout the cabin there are small fillets of carbon-fibre-looking trim, which complement the "sport" button in the middle of the console. More on that later.

In terms of storage, the Mitsubishi Outlander PHEV has 463 litres of space available in the rear for cargo, which isn't the most impressive number in the segment. Fold the rear seats down and this expands significantly to 1,602 litres.

This space can be accessed through an electronic tailgate on the Exceed model and should you need a little bit extra room, you'll find an extra 35 litres of storage space under the floor.

The Mitsubishi Outlander PHEV is powered by no less than three power sources. You get the traditional petrol unit under the bonnet, which has increased in capacity to 2.4L for MY20 as well as two electric motors.

Electric motor number one is capable of producing 60kW and 137Nm and works in conjunction with the front wheels. Meanwhile, the second produces 70kW and 195Nm and sends power to the rear wheels where it resides.

The petrol engine produces 94kW of power and 199Nm of torque and is able to not only propel the vehicle but recharge the batteries for the electric motors while doing so.

Given the numbers above, you can probably figure that it doesn't exactly get the heart racing, even with the "sports" button engaged. The official time from 0 to 100 is 11 seconds, but if you're environmentally conscious, that probably isn't going to be an issue. Perhaps the "sports" should have been left for another not-so-green vehicle in Mitsubishi's arsenal. 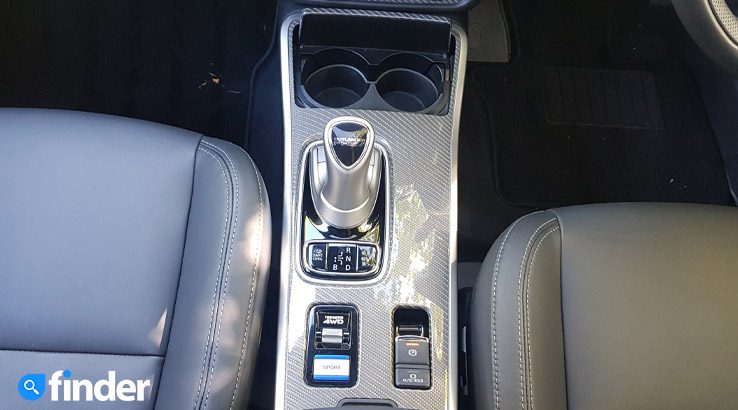 While running on the batteries, the Outlander PHEV has a range of 54km, which isn't all that far but it's enough for the average daily commute, and with the ability to just plug it in when you get home, there's a good chance that the typical Aussie won't have to spend all that much on fuel during the week. Keep in mind that this range is dependent on how aggressive you are with the accelerator among other factors like traffic conditions and weather.

In fact, Mitsubishi claims that the 2020 Outlander PHEV, with its updated 2.4-litre engine, will consume just 1.9 litres per 100kms. This figure includes zapping the entire EV charge though, so if you're out of juice and running on petrol, expect this number to climb quickly.

Cruising around town doesn't even make the Outlander sweat, with a comfortable set-up that is going to suit families, but you will notice some slight body roll. Again, just as with the sports button, I don't see this as being too much of an issue. 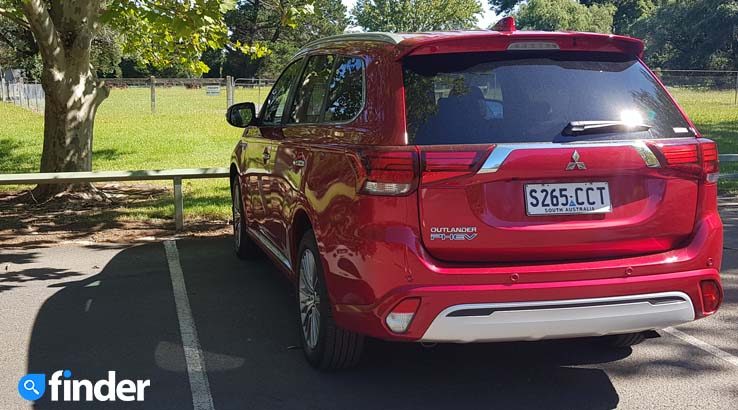 How safe is the Mitsubishi Outlander PHEV?

Along with seven airbags, the Mitsubishi Outlander Exceed PHEV we have on test has the following fitted as standard:

So, it's fair to say it comes with a good safety suite.

The Outlander isn't a bad vehicle at all, but if your sole criteria for purchasing a vehicle is that it needs to be an SUV, there are some better options on the market. You can check out our medium-sized SUV reviews for comparison.

If, however, you are keen on SUV practicality, mainly travel short runs Monday to Friday and want to do your part for the environment, the Outlander PHEV ticks a lot of boxes.