Millennials are 30% more likely to save than older generations 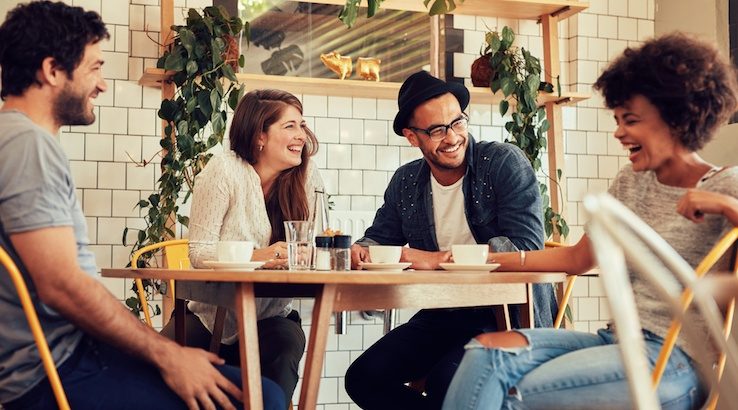 Young Australians are more strategic with their spending and less reliant on credit, according to a new study from Afterpay.

Contrary to popular belief, millennials aren't blowing their money on brunch according to a new study from Afterpay. While many of us know that the smashed avocado trope is well and truly chewed up, the new research helps dispel some of these millennial money myths and shows that young Australians are better with their cash than you may think.

From savvy saving strategies to turning away from credit, here are some of the major money trends revealed about Australians aged 20-35 in 2018.

According to the research, millennials are 37% less likely to own a credit card than older Australians because they view them as costly and risky. Instead, they turn to interest-free alternatives such as buy now, pay later services. This isn't too surprising considering that 35% of millennials distrust established institutions like banks.

However, as you need to build up a healthy credit score and financial history to receive approval for home loans, this could potentially be a worrying statistic for young people hoping to purchase property in the future. Of course, there are other ways for Australians to build their credit history (such as postpaid mobile phone plans and utility accounts) beyond credit cards.

Young people are 30% more likely to save regularly than their parents. In fact, more than 80% of millennials budget, compared to two-thirds of older Aussies. When they are in need of money, only a quarter of young people will turn to banks, with most preferring to use their savings.

However, millennials have different spending priorities than their parents. They are delaying their house purchases and spending their money on education, health and lifestyle. Considering that house prices are now eight times the average household income (compared to six times the income faced by Generation X), it's also not shocking that young people have shifted their monetary goals.

However, millennials are burdened with higher education debt than older generations. University-educated members of Generation X entered the workforce with more than $10,000 of HECS debt, whereas millennials carry $19,000 in HECS debt on average.

Young people are also savvy when monitoring their expenses and planning their spending. The research showed that 30% of millennials use online tools to track their spending and 7% use budgeting apps. They are also more likely to compare their options and scavenge for deals than older generations. 72% of millennials use technology to compare prices before they shop, which is much higher than 28% of older people using similar strategies.

Millennials also spend 16% less on alcohol and 71% less on cigarettes than older generations. Interestingly, the biggest areas of growth for young people are public transport (up 24%) and private health insurance (23%).

Millennials now represent 44% of all workers and one out of every three dollars spent. And as the generation grows older, it's comforting to know that it's defined by savvy spenders and conscious savers who use technology to their advantage to score the best bargains for them.