Microsoft buys Bethesda: What does it mean for Xbox Series X and PS5? 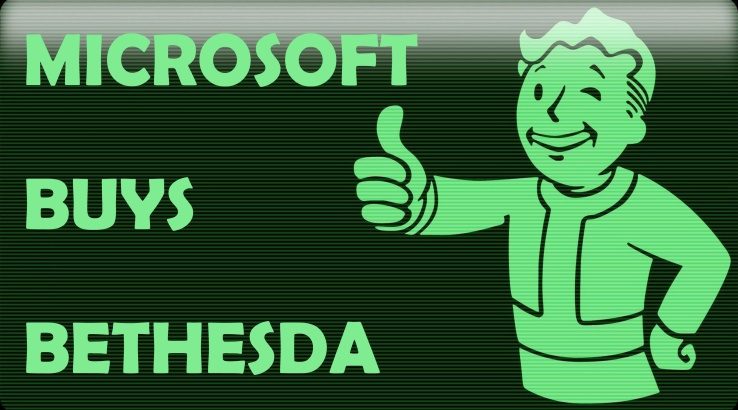 A big day just got a heck of a lot bigger. We always knew 22 September 2020 was going to be a pivotal one in the history of video gaming as pre-orders opened for Microsoft's next-generation Xbox Series X and Series S consoles. However, few predicted how Microsoft would celebrate.

In a massive move, Microsoft has doubled down on its commitment to Xbox through the next decade by announcing plans to acquire ZeniMax Media. The deal will cost a whopping US$7.5 billion (AUD$10.4 billion) and is a statement of intent ahead of the launch of its next-generation console.

The following studios are owned by Zenimax Media and now, in turn, by Microsoft.

What does Microsoft get by buying Zenimax Media?

Zenimax Media spent the last decade building itself into one of the biggest third-party developers on the planet. During these years the company made many savvy acquisitions (see list), resulting in a suite of talent the envy of the industry.

It's not just about buying great console games for the Xbox Series X and Series S, either. With the purchase, Microsoft also acquires one of the most revered game engines in the industry with id Tech and a respected conduit to hardcore PC fans thanks to the likes of QuakeCon and both id Software and Bethesda's mod communities. Alpha Dog Games and Bethesda Game Studios also bring success in mobile phone game development to the table.

The number of in-house, first-party Microsoft studios now grows from 15 to 23 with the purchase, too. This puts the company's in-house development capacity way ahead of Sony.

What will be most interesting is how Microsoft chooses to handle the relationship between the Bethesda studios. I've personally spoken numerous times with the top brass at all these studios, who've all spoken warmly of the collaboration between the studios. Even if it's just in testing games and swapping ideas. Will that continue?

At this stage, it looks like it will. Head of Xbox, Phil Spencer, said of Microsoft's plans on how it will run ZeniMax, "Our plan is to leave it alone."

"Zenimax has an amazing track record of building great games. Our goal is to make Zenimax the best Zenimax they can be. Working individually with their studios on the great platform technology that we have, getting their creators' feedback into the things that we need to go build. That's just a critical flywheel for us when innovating, getting the feedback of the world's best creators on our platforms." - Phil Spencer, Xbox head

How does Microsoft buying Zenimax impact the Xbox Series X?

Needless to say, this purchase is a massive win for the Xbox Series X and the Series S consoles. Microsoft has a policy of rolling its first-party titles into its Game Pass subscription service. This "Netflix for games" service is arguably the strongest selling point of Microsoft's new consoles, giving gamers access to hundreds of games for one flat rate.

That service will now get all existing and future games from the aforementioned ZeniMax and Bethesda studios. This includes some of the biggest games of all time, and some of the most anticipated of coming years, such as The Elder Scrolls VI, Ghostwire: Tokyo, Wolfenstein III and Starfield.

The purchase also counters a similar move from Sony. Sony didn't acquire but did purchase a significant stake in Epic Games leading up to the release of the PlayStation 5. Epic Games is even bigger than ZeniMax, thanks to the popularity of its Unreal Engine middleware and the runaway success of Fortnite. Not to mention other key titles such as Unreal Tournament, Rocket League and Infinity Blade.

Will Bethesda and Zenimax games still release on PS5?

Yes they will; at least in the short-term.

It was the million-dollar question for Sony fans. Did the Microsoft ZeniMax deal spell the end of games from Bethesda and its siblings on PlayStation 5? Would Bethesda's games all become Xbox exclusives?

But Phil Spencer has confirmed in the short-term that "the commitments we've already made with the gamers out there on the games that people know about, we will continue with those commitments."

As such, timed PS5 exclusives such as Deathloop by Arkane Studios and Ghostwire: Tokyo by Tango Gameworks will remain as such when they land in 2021. However, perhaps that exclusivity window will be reduced.

Long-term, the picture isn't as clear. Spencer said they would look at future games differently, declaring, "we'll take other consoles on a case-by-case basis."

It would seem highly unlikely though that titles like Elder Scrolls VI and Wolfenstein III won't end up on PS5. Microsoft has not shown this intent with previous purchases in recent years. Look at the acquisition of Mojang, creators of Minecraft. Or inXile Entertainment, the developer of Wasteland 3. These games still come to PlayStation consoles. Elsewhere we've seen Microsoft start to port many of its titles to Nintendo Switch, such as Cuphead and Ori and the Will of the Wisps.

Microsoft's play would seem to be to get people to play Xbox Series X and Series S consoles first and foremost, picking up a Game Pass Ultimate subscription in the process. But if that fails, well, it can still make money from owning the most popular games on rival consoles.