Microsoft's Surface line has expanded quite a lot in recent years, from the original tablet 2-in-1 style of the Surface Pro lines to the Surface Book and Surface Laptop options as well as the highly compact (if a little underpowered) Surface Go 2.

The Surface Laptop Go takes a little bit from every Surface product and wraps it up in an affordably priced, decently powerful laptop for those who need portability but can't quite match up to the prices of most ultrabooks. 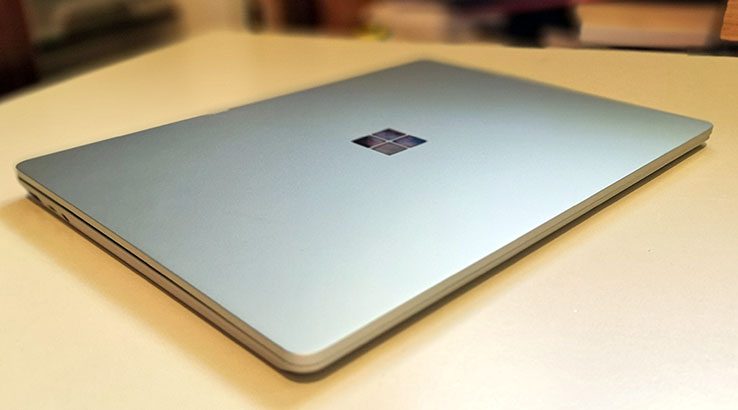 When it's shut, the Surface Laptop Go definitely looks the part of a Surface product. You've got that rather iconic Windows square logo on the top, and the same rounded metallic style of the pricier Surface Laptop 3 or Surface Book lines, albeit a little smaller.

Go is clearly Microsoft's go-to suffix for laptops that are smaller and more portable, and at 278.18x205.6x15.69mm, the Surface Laptop Go is on the smaller side. That does constrain the size of its display screen to just 12.4 inches on the diagonal, with a 3:2 aspect ratio 1536x1024 pixel display with distinct bezels once you flip it open.

Microsoft sells the Surface Laptop Go in three colours, with your choice of Ice Blue, Sandstone and Platinum finishes. It's the latter that I've tested out, with Platinum essentially looking much like any metallic ultrabook of recent years.

You don't get the option of one of Microsoft's "Alcantara" fabric finish keyboards when you open it up, however. The keyboard on the Surface Laptop Go has reasonable response and key travel, although like any other smaller keyboard, there's a definite learning curve to typing quickly on it.

To keep the keyboard compact, Microsoft shoves the combination power and fingerprint reader button in the top function key row, next to the delete key. The fingerprint sensor is fine – nice and quick in fact – but I did sometimes tap the power button when I meant to reach for delete instead, which is mildly annoying.

Microsoft hasn't been the quickest to change up its recipe for port inclusions on Surface products, and in the case of the Surface Laptop Go, that's still true. You get a single USB-A, USB-C and headphone jack on the left-hand side and a Surface Connect charging port on the right.

It's an adequate offering for basic peripheral connection, but it does leave a fair amount of side space that could potentially accommodate some kind of extra external video output or even just another USB port on the other side. 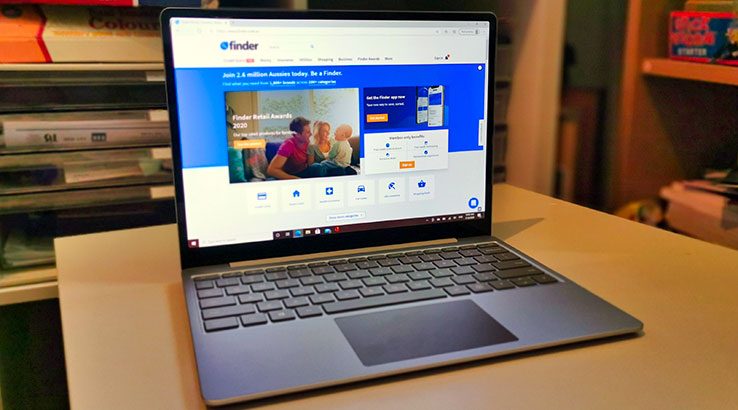 In the mid-range laptop space, there's something of a mania for customisation, but it seems Microsoft didn't get that particular memo. If you buy the Surface Laptop Go, you can get it with an Intel Core i5 processor or… well, actually, that's it as far as your processor choices go.

It's an Intel Core i5-1035G1 processor, rather specifically pitched at the mid-range ultrabook market that the Surface Laptop Go very much sits in. The cheapest model of the Surface Laptop Go – and curiously, the model that's only available in Platinum if finishes are important to you – has just 4GB of onboard RAM and 64GB of eMMC storage, which naturally is going to be a whole lot less when you consider it has to fit Windows 10 in there before you've even started to add your own files.

I tested with the top end fancy 256GB model, and was generally pleased with the Surface Laptop Go's overall performance for a laptop in its price and class. Naturally enough, it's outpaced by the pricier Surface alternatives, but it's a bit more responsive than the cheaper Microsoft Surface Go 2. Here's how the Surface Laptop Go compares across a range of standard Windows benchmarks:

The one catch with the Microsoft Surface Laptop Go is that it ships with Windows 10 S as the default operating environment. This limits you to only apps found within the Windows Store, which does afford you a level of security and malware protection – but also limits quite what you can actually do with the laptop.

Switching out of S Mode isn't too onerous, but it should be noted this is a one-time, non-reversible jump. You can't opt to jump out of S mode for just a few apps and then go back into it if it otherwise suits your needs. 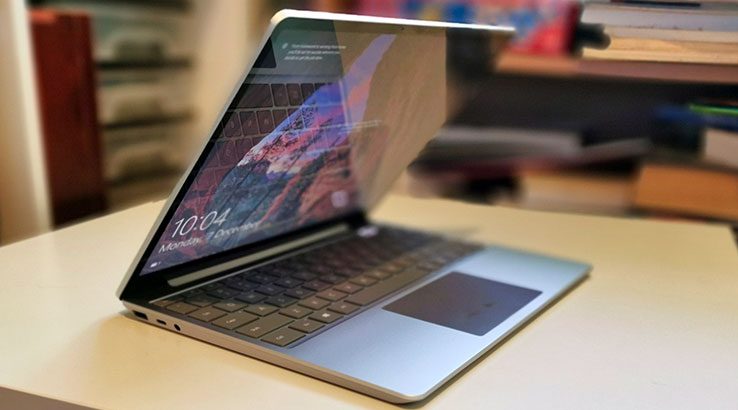 The moderate specifications and lower resolution display on the Microsoft Surface Laptop Go should give it a lot of scope for some truly excellent battery life. Microsoft's own estimate is for up to 13 hours of "typical" usage, but in my own tests, I really didn't see that. Indeed, out of the recently tested Surface devices, the Surface Laptop Go comes dead last.

Usage is always going to be the determinant for battery life, and to test that, I ran PC Mark 10's Gaming Battery test to give the Microsoft Surface Laptop Go a battering. That's a tougher test and the Surface Laptop Go isn't a gaming machine by any stretch, but it gives a good indication of potential "worst" battery life.

To balance that, I also ran it through our standard laptop battery test, looping a 1080p video file at full brightness and maximum performance with moderate volume until the battery fully exhausted itself. That's a test I've run over many laptops. Here's how the Microsoft Surface Laptop Go compared:

That's not a terrible battery life figure, but when you consider that the cheaper Surface Go ran for nearly six hours more than the Surface Laptop Go, it's also not a terribly good one.

As with every Surface device, the primary charging method is via Microsoft's own magnetic "Surface Connect" port, which remains a nice and easy way to click a charging cable into place without having to worry about someone dragging your laptop to the floor if they trip over it.

The Surface Laptop Go is one of only a few Surfaces that also talks nicely to USB-C chargers for topping the battery up. That's a slower charging method, and not every charger I used actually registered with the Surface Laptop Go, but it's still nice to have that flexibility to hand.

Should you buy the Microsoft Surface Laptop Go?

The Microsoft Surface Laptop Go competes rather more directly with the low to mid-range offerings of the wider PC laptop market, and for the most part, it does so rather well. The keyboard is good, general app performance on the Core i5 processor is decent and the style is rather nice. The one downside is the battery life, which while not awful could do with some improvement.