The Surface Book with Performance Base is the second generation of its MacBook Pro competitor. The big change over the 2015 version of the Surface Book is a dramatic step up in the graphical capabilities of the new base unit. Where the old unit featured a custom Nvidia card based on the GeForce 540, the Performance Base adds a Nvidia GeForce GTX 965M graphics card.

Despite the significant increase in power needs, Microsoft still manages to maintain the battery life offered. The end result somehow melds laptop and tablet into a single device, adding the versatility of an iPad Pro to the power of a MacBook Pro in a single package, which gives Microsoft the edge over Apple’s approach to premium portable computing.

Looking at the Surface Book as a complete unit, you could easily be taken with the idea that you are in fact looking at a standard, old-fashioned laptop, though with a slightly strange hinge design. The only real indication that Microsoft has built a hybrid style device is the fact that the power button is located at the top of the 13.5-inch screen, just like a tablet.

The full-size keyboard and trackpad are far from unique, with the exception of one button at the top of the keyboard. A long press of this button will release the locks holding the screen attached to the keyboard and switch the Surface Book into tablet mode, so you can take the screen with you and work without the bulk of the qwerty keyboard.

Because of this hybrid nature, the Surface Book with Performance Base is a little bit bulkier than most laptops, as it needs to squeeze batteries into both the screen component and the base unit. But it otherwise doesn’t skimp on the connection ports, with two old-school USB 3.0 ports and an SD card reader on the left of the base. On the right sits a Thunderbolt as well as the proprietary charging port on the right. There’s also a headphone jack on the tablet for those who like the authenticity of cabled sound.

The other major component of the Surface Book with Performance base is the stylus, which magnetically attaches to the screen. Like the Apple Pen, it looks the part and works well, but the reality is that unless you’re a professional designer the need for such a peripheral is minimal. 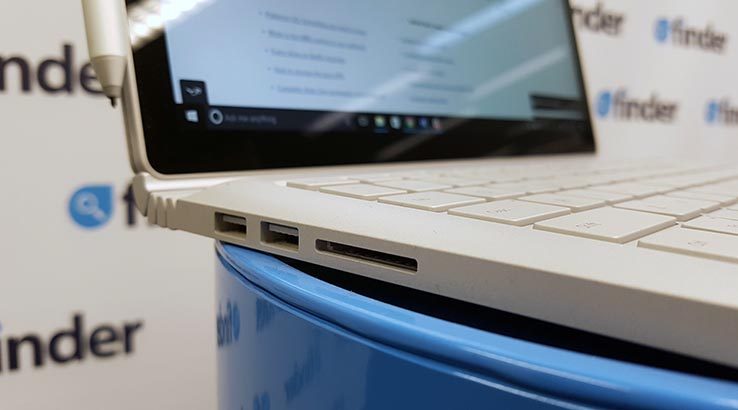 Why you’d want the Surface Book with Performance Base 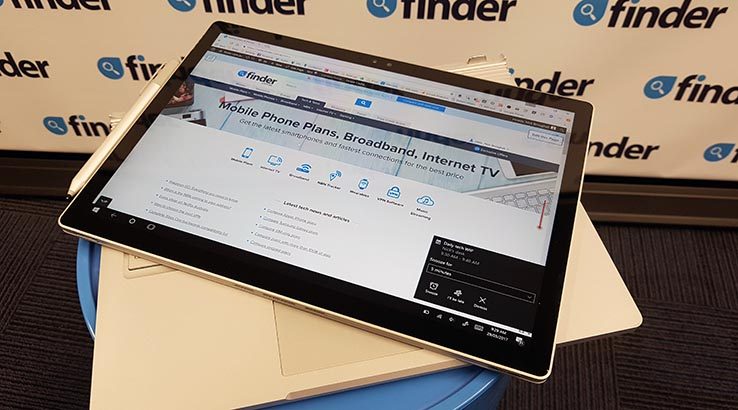 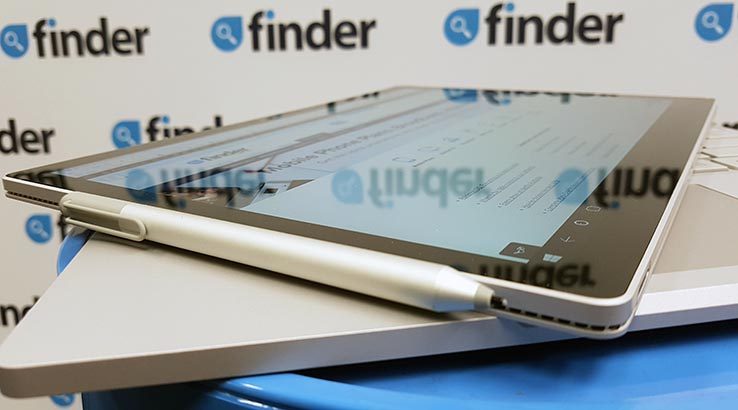 If the recent upgrade to the MacBook Pro left you feeling a little underwhelmed, and you like a little more versatility from your laptop, the Surface Book is an exceptionally good offering. But it's definitely only for those looking at a premium computing solution, and one that isn't too worried about the latest components powering their workload.

The fact the Surface Book with Performance Base has a starting price of $3,799 tells you exactly the type of market the device is best suited to. If the price is a bit high, Dell's new XPS 13 2-in-1 offers a similar tablet/laptop experience at a cheaper price point.

The Surface Book with Performance Base in Australia is exclusively available through the Microsoft Store, either digitally or at its Sydney flagship location. Unlike the cheaper Surface Pro devices such as the Surface Pro 4, you can't pick it up elsewhere.