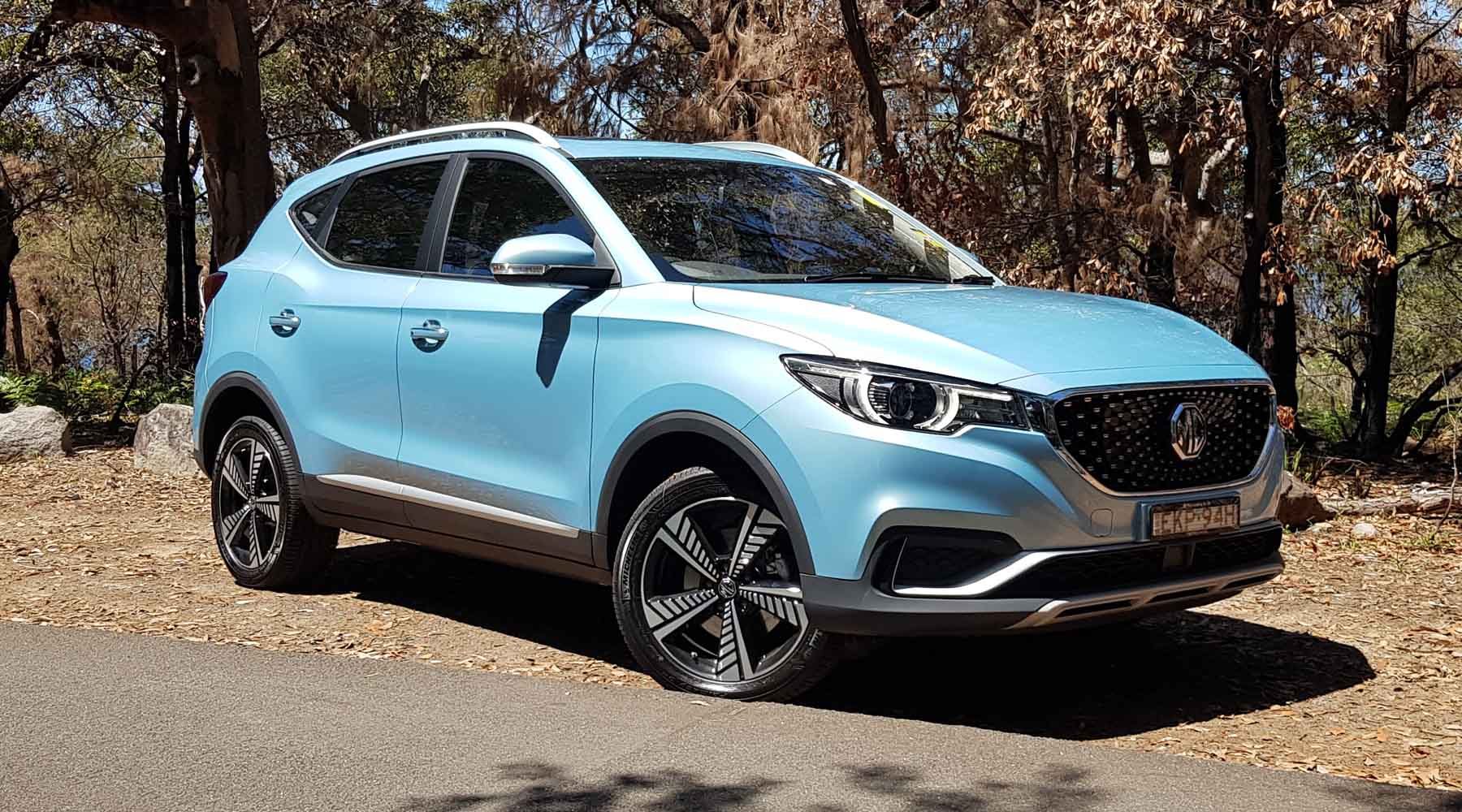 The MG ZS EV leads the charge on electric car affordability in Australia.

The all new MG ZS EV hits the ground running with some extremely sharp pricing. MG is hoping that the reduced cost of this fully-fledged electric vehicle will drive more day-to-day consumers into a battery-powered car.

Impressively, SAIC is committed to its vision of making electric vehicles a possibility for everyone in a big way, being one of only three companies globally to have invested in its own battery supply chain.

But does undercutting the traditional $60,000+ price tags of competitors, with a driveaway price of just $43,999, mean that there have been compromises made?

We spent the day with the new MG ZS EV to see if it is truly a bargain, or a bust.

Being a green, sustainable, earth-friendly SUV, the interior is wrapped in vegan-leather, which is fairly convincing and comfortable. The driver seat is easy to set up with a 6-way power-adjustment, while both front seats feature a heating function.

Other surfaces are covered in soft touch materials, making it nicer visually, but also less harsh on elbows, wherever they may rest.

There is a decent amount of storage space up front with your normal door cubby holes, centre console bin and glove box, in addition to storage in a second layer underneath the rotary gear selector on the centre console. Down there you will also find USB connectivity, but put something under there and you may struggle to retrieve it until you’re stationary.

An 8-inch touchscreen infotainment system houses DAB, satellite navigation, Android Auto and Apple CarPlay, among other features, and hooks up to a 6-speaker sound system.

Sunlight illuminates the cabin thanks to a panoramic sunroof, but you can block it out with an electronically-retractable sunshade. The sunroof is easy to operate using a well thought out rotary dial, which you simply twist to the setting you like. The sunshade is operated by two buttons within the dial.

Despite the battery pack having to be stored somewhere in an electric vehicle, the engineers behind the MG ZS EV have managed to maintain space inside the vehicle. MG boasts that the vehicle possesses enough headroom in the rear to be considered one of the best-in-class. That’s even more impressive considering there is a panoramic sunroof that fills up 90% of the roof. A sunroof usually impedes headroom.

Boot space is largely unaffected too, with 1,166 litres accessible with the 60/40 split-folding rear seats dropped. There are 359 litres available to fill with those seats up, but that number is only up to the height of the security cover. Still, that’s enough to edge out the Hyundai Kona electric.

The vehicle is fitted with a 44.5-kilowatt hour battery which is capable of carrying you and your passengers 263 kilometres when driven on a mixture of city and highway roads. If you are just driving around the city, the MG ZS EV will travel 371 kilometres before needing a charge.

Charging via a traditional DC socket can be done overnight and if you have access to a supercharger, the battery can be 80% recharged within 45 minutes.

So it falls a bit short of the Hyundai Kona Electric which does the dash in 7.6 seconds, with a much higher range of 484km (as of next year).

But with the average daily Australian commute calculated at a mere 32km and more people working from home during the pandemic, the SUV’s battery could last you potentially over a week if you live in a town or city.

How does it drive?

In the traffic of Sydney, MG Pilot really comes in handy. Autonomous Cruise Control with Stop & Go makes things much easier. Couple that with Lane-Keep Assist and the two technologies keep you firmly on the straight and narrow.

When you aren’t using MG Pilot, the MG ZS EV has enough power to get away from the lights quicker than the person next to you, and overtaking is an easy task. You aren’t really found wanting in the power department.

Flicking through the trip computer is also a doddle with the steering wheel controls attached to its flat-bottom. There are some little annoyances, such as not being able to see the digital speedometer when using autonomous cruise. You can flick it back to that screen, but for no longer than a few seconds.

It's a little irritation in the grand scheme of things considering you have a traditional speedo right next to the digital read-out and MG has mentioned that this will be sorted in the next software update.

You do get a stack of safety though with MG Pilot as standard. That means the technology keeping you safe includes:

There are three KERS (Kinetic Energy Recovery System) settings you can toggle between, which add different amounts of braking when you are off throttle. The higher the number, the more aggressive the energy recuperating brakes are.

In setting three, you don’t press the brake, especially in city driving. The ZS EV slows and comes to a stop in a predictable manner, all while recovering electrons by turning the motor into an electric generator, briefly.

Despite the modest 0 - 100km/h sprint time, the ZS EV feels surprisingly nimble. Our test route incorporated some fantastic, twisty stretches of road where we were able to dart in and out of corners and it felt quicker than perhaps 8.2 seconds would suggest. Use the KERS and the drive becomes more futuristic, going through corners with less brake use.

In terms of ride comfort, you won’t be uncomfortable in the ZS EV by any means. However, it perhaps isn’t the most refined ride, with the suspension being a bit stiffer than it probably needs to be. There is a fair bit of wind and road noise too when you’re on the go.

The warranty on the MG ZS EV is good for five years and unlimited kilometres. If you are looking at the MG range like the MG HS we recently reviewed, you might notice that this is two years shorter than that of other MGs.

That's because also included in your warranty package, along with roadside assistance for those 5 years, is an 8-year, 160,000km battery warranty.

Services are done every 12 months or 10,000kms, whichever comes first.

The ZS EV is a good first crack at the electric vehicle market by MG.

In terms of numbers, competitors like the Hyundai Kona may be on top, but when it comes to the sting in the wallet, a $16,000 price difference isn’t insignificant, making the ZS EV a relative bargain for someone looking to go green.

If you are in the market for a new electric SUV, go and test drive this and the Kona. Only you can determine if the extra investment is worth it for your needs.

SAIC’s investment in its battery supply chain means they should be able to improve over the next few years, which is only a good thing for electric vehicle affordability in Australia.