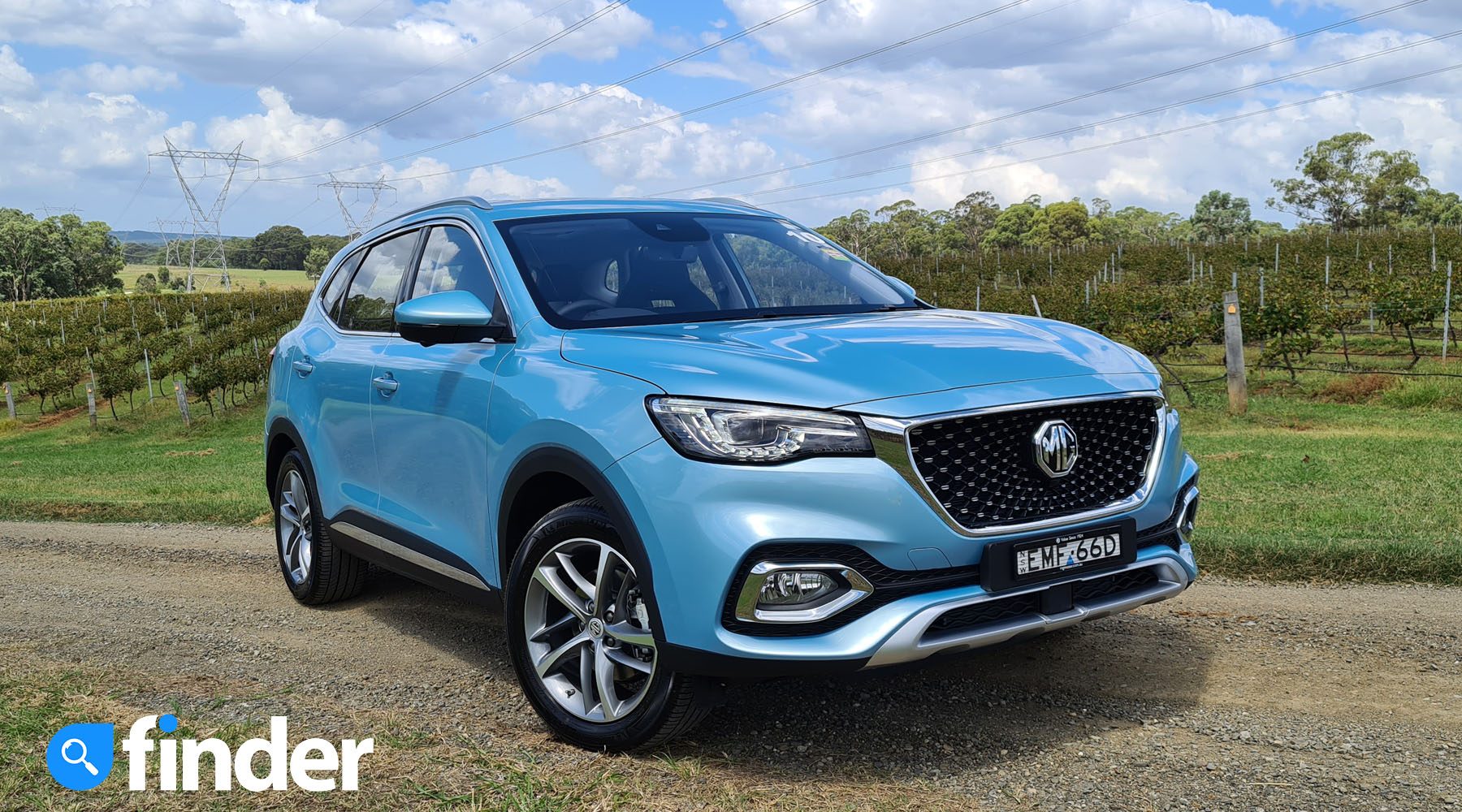 Proving its determination to deliver the promise of “electric for everyone”, MG unveiled its latest vehicle to hit Australian shores, the MG HS Plug-In Hybrid (PHEV), hot on the heels of the also-recently-released MG ZS EV.

SAIC Motor, MG's owner, along with being one of only three companies globally to have established its own battery supply chain, saw new energy vehicle sales total 320,000 globally in 2020 – a year-on-year increase of 73.4% for new energy vehicles. That's the second-fastest growth rate in the world. MG in its own right entered the top 10 manufacturers in Australia based on sales too.

The HS PHEV will be priced from $46,990 driveaway, meaning that it is slightly more expensive than the also-recently-launched MG ZS EV, which offers a completely electric driving experience for $43,999 driveaway.

We spent the day in the smartly-styled MG HS PHEV to see if it's a good move for those looking to dip their toes in the hybrid pool before taking the plunge.

The MG HS PHEV comes in only one trim level.

You get a large panoramic sunroof that makes the cabin feel quite spacious and open, and a combination of Bader leather and Alcantara gives the vehicle more of a premium feel.

Behind the steering wheel is a new 12.3-inch virtual cockpit that displays all sorts of trip computer information, from tyre pressures to electric powertrain telemetry. The addition of this screen is a smart move for MG and not just because it's something you would expect from a new energy vehicle. We’ll talk more about this later.

To the left of the virtual cockpit is the 10.1-inch touchscreen infotainment system that is also present on the non-hybrid HS (here's our MG HS review). It's home to the satellite navigation, ambient lighting and MG Pilot settings, among other things. It also comes loaded with Android Auto and Apple CarPlay, if you prefer these. We spent most of our day using Android Auto, not that there's anything terribly wrong with the native MG system, but I do find it to be slightly laggy at times and prefer the Android Auto interface. A personal preference.

Six speakers are dispersed around the cabin as are four USB ports, with two in the front and two in the back for rear passengers.

Space in the back is good too, with a good amount of leg and headroom, meaning rear passengers will be comfortable while having their devices charged.

If you look at its two main competitors in the segment, the MG HS PHEV is lacking storage space when the seats are folded flat. With the rear seats in place, there are 451 litres available for cargo, and with them down, 1,275 litres become available.

A more expensive Volvo XC40 Recharge Plug-In Hybrid has roughly the same space, with 460 litres available while the seats are up and only an extra 61 litres with the seats down.

There is no spare wheel, space-saver or otherwise. This isn't something unique to the HS, most carmakers are ditching spares in favour of tyre repair kits.

Regardless, the space is accessed via an electronically opening and closing tailgate, making it easy to get at.

The Hybrid powertrain consists of a 1.5-litre 4-cylinder turbo petrol engine and a 16.6kWh battery. The fossil fuel-burning internal combustion engine produces 119kW and 250Nm of torque, while the planet-friendly electric motor makes 90kW and 230Nm of torque.

When on the go, the transition from EV to petrol is fairly seamless, with the sound of the engine coming to life being the only real sign that the pistons are now moving. In my time in the vehicle, I didn’t experience any major jolting or transitional period of decreased power as it switched.

“Intelligent Hybrid Energy Management” technology has been implemented, which basically adjusts power outputs based on both the road conditions and the driving style of the driver. It actively learns as you drive, too.

Transmission wise, MG has fit out the HS PHEV with a six-speed auto. Coupled with a four-speed electric drive unit, it effectively has 10 gear.

All you need to know is that while we did experience the odd occasion where the car hesitated as it crunched numbers and determined what gear or ratio to use, overall it was pretty good at selecting a gear and getting it changed.

In traffic, the HS PHEV is an easy, smooth vehicle to drive. When coasting, the energy regeneration system slows the vehicle down and the result is that you end up pressing the brake less and free-rolling more, it borders on calming. I appreciated the smoothness of the MG in traffic.

On the open road, the ride was well-sorted and comfortable. As you have to expect from an SUV, there is a bit of body roll, even when you aren’t getting really stuck into a corner. Around town, though, it won’t be an issue.

Not only is the HS PHEV sharply priced, but the savings extend when you consider that it has a range of 52kms purely running off the batteries. That's longer than the average commute to work in Australia! When working in tandem, the combined fuel economy is a claimed 1.7 litres per 100kms, which will reduce trips to the bowser dramatically.

The virtual cockpit is a great addition too, not because it's what a vehicle with an electric motor should have, but because it has removed a couple of the bugbears that we had with the MG Pilot system. Previously, if you turned the cruise control off, you had to manually switch the screen back to the digital speedo.

It was a small issue, but annoying nonetheless. The new display removes this issue as your speed is constantly displayed on the left-hand side.

The MG HS PHEV comes with a standard three-pin home charger for overnight charging. It will take seven hours for the battery to reach capacity.

If you have a 7kW wall charger at home, this reduces to around five hours.

How safe is the MG HS PHEV?

With MG Pilot on board, you get a stack of safety technology packed into the HS PHEV too. That means that along with having six airbags fitted throughout, it comes equipped with:

As with the ZS EV, the HS PHEV gets a five-year unlimited kilometre warranty on the vehicle itself, two years less than a non-electric variant.

However, you do get a separate eight-year, 160,000km warranty specifically for the battery, which MG tells us is guaranteed for 70% of its charge over this time.

At $46,990, the MG HS PHEV is the cheapest plug-in hybrid vehicle on sale in Australia and is a compelling option for those looking to dabble in electric motoring on a budget.

It looks good, drives well and, even though it is a few grand more expensive than the MG ZS EV, it also removes the range anxiety that people may have with electric vehicles in Australia with our current level of charging infrastructure.

The HS PHEV is available right now for test drives at dealerships. With MG's sharp pricing a constant across the range (which has catapulted it into the top 10 manufacturers in Australia), I can imagine that you'll be seeing a few of these on the road soon.

Want to read more car reviews? Check out our car reviews section, or, if you already know what you're after, it might be worth comparing car loan options as well as car insurance to see how much you could save.