Metakey review: A guide to this gaming NFT and how to buy it

Metakey is not an NFT game, but a token that sits across the grander NFT gaming metaverse unlocking airdrops, items, perks and more. 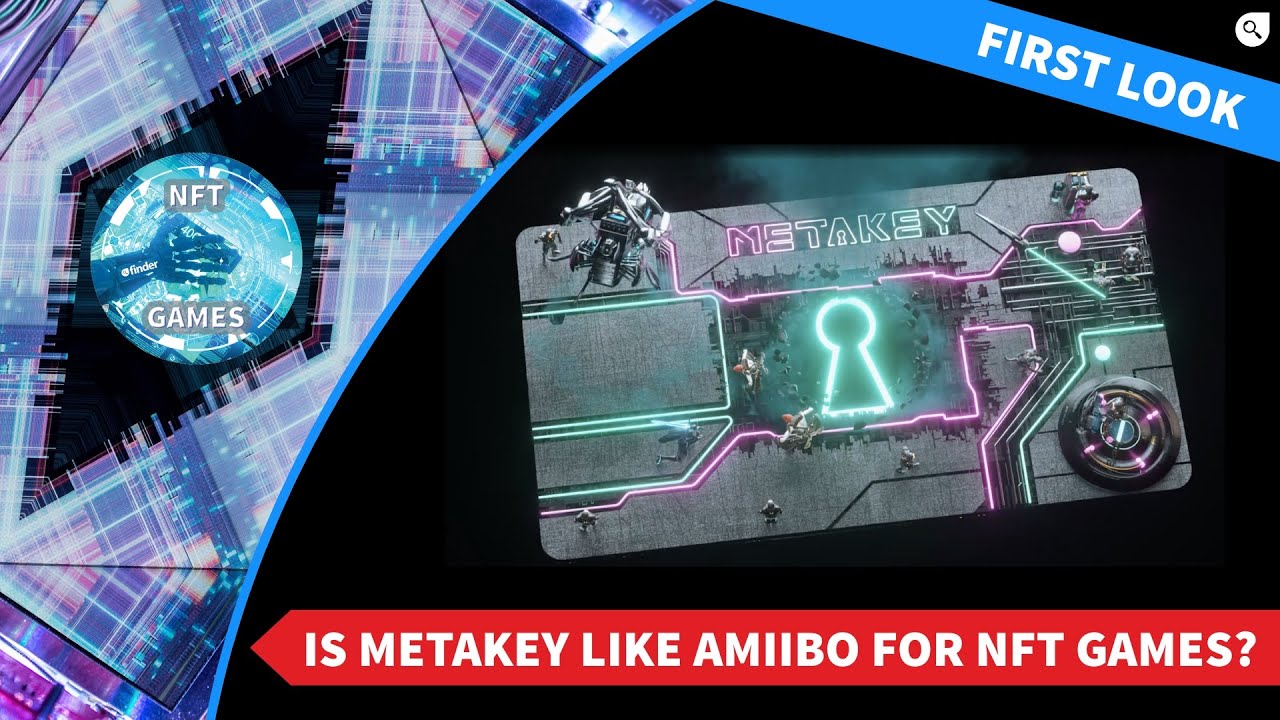 Remember Nintendo's amiibo figurines? They were born from the toys-to-life phenomenon that started with Skylanders and was joined by the likes of Disney Infinity and Lego Dimensions. The idea was that you would collect these toy figurines of legendary Nintendo characters, and then when you placed them on your Switch or 3DS while playing a certain game, bonuses would be unlocked.

Kids loved it; adults loved it. It should be no surprise then that we're seeing the concept reappear in the latest craze: NFT games.

Metakey is an NFT that, once owned, can grant a player all kinds of fun and functional bonuses for use across hundreds of applications and games. But it's also a promising NFT collectable in its own right.

Here's everything you need to know about Metakey. Is it one of the best NFTs of 2021?

As its name suggests, Metakey is an NFT that unlocks the metaverse – or at least that's the theory. It's not a game itself, but if you have one, then it can unlock bonuses in other NFT games that have partnered with Metakey.

According to its creator, known among the NFT Games community as Matty and famed for his DCL Blogger YouTube channel, codes for "hundreds of applications" can be stored on a single Metakey. As such, there is no need to own more than one to make the most of its functional use case. However, there are advantages to owning more than one from an NFT collectable and investment point of view.

Metakeys have been releasing in Editions, with 4 out as of the time of writing and a fifth on the way shortly. Each Edition has a limited run and has been designed by a well-known artist, giving it not only scarcity but also real value as a piece of art. Respected NFT artist Marc-0-matic created the third Edition run, for example.

As such, a Metakey isn't just a tool to unlock bonus content and other perks, but a collectable with a real value of its own. 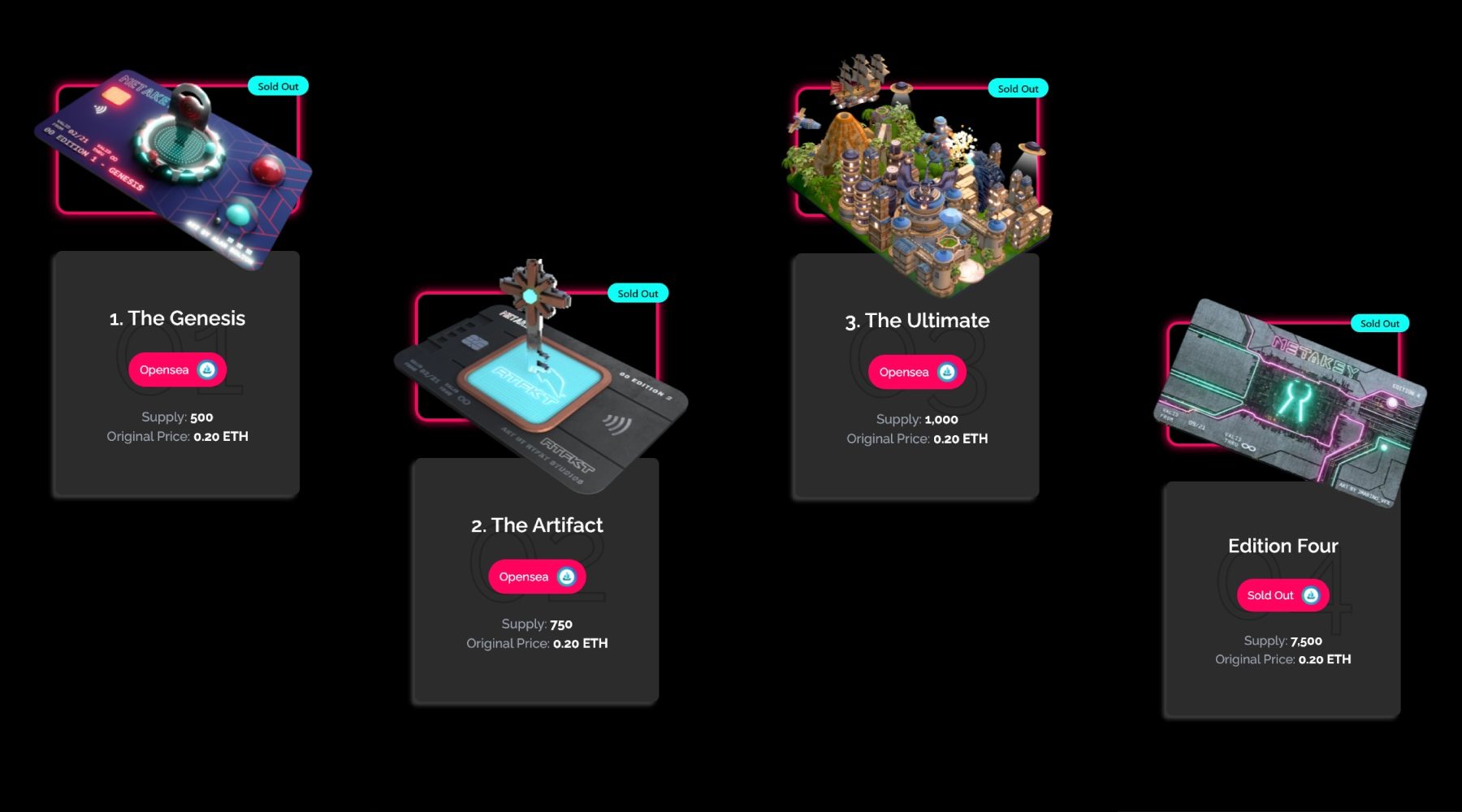 What can a Metakey do?

The Metakey will only be as good as its partnerships, but already there are some promising signs on that front. Four notable games have signed up: Decentraland, The Sandbox, Neon District and Ethermon. The creator has spoken about you getting certain guns, items or outfits and things of that nature if you play these games with a Metakey in your wallet.

For example, I've seen a secret area open in Decentraland if you happened to have a certain art NFT from a partner site attached to your Metakey.

It's not just about gaming. You can get airdrops, discount coupons, giveaways and even physical merchandise through owning a Metakey. One example saw a partner do an airdrop of a pair of 3D shoes to Metakey owners. Almost immediately, they could be found on the secondary market for up to US$200 – quite the dividend.

It's been suggested that the number of Metakeys you own and the earlier the edition number the greater your chances of being part of these events. This would be a shame in my opinion, as while it will drive up the value of early edition Metakeys, it also sows seeds of doubt into the minds of new adopters as it's not a level playing field.

Finally, Matty has spoken about an upcoming project that will allow you to associate an avatar with your Metakey. This customisable character will not only benefit cosmetically from such airdrops as the 3D shoes but can also be used within different games. This is a similar concept to what we've seen Enjin do in its multiverse.

How does Metakey work?

The best way to think of how a Metakey works is to think of the way Nintendo's amiibo figurines behave. If you own one, when you bring it into a compatible Nintendo game, it unlocks some sort of perk, item or cheat. That's effectively what happens with Metakey.

What's not 100% clear at this stage is what percentage of these bonuses will be value-add freebies gifted to owners versus how many will be purchased NFTs from Metakey partners that are then associated with the Metakey to enable wider and more expansive use.

As in, when you're playing a game like The Sandbox, does it simply recognise that you have a Metakey and begin delivering the goods? Or do you have to have already made some investment in The Sandbox or another partner that then codes its existence into the Metakey?

And what happens when you sell your Metakey? Does any associated partner NFTs you've attached to your Metakey go with it? That would be an intriguing way of impacting its value and creating even greater scarcity within the same Edition of Metakeys. 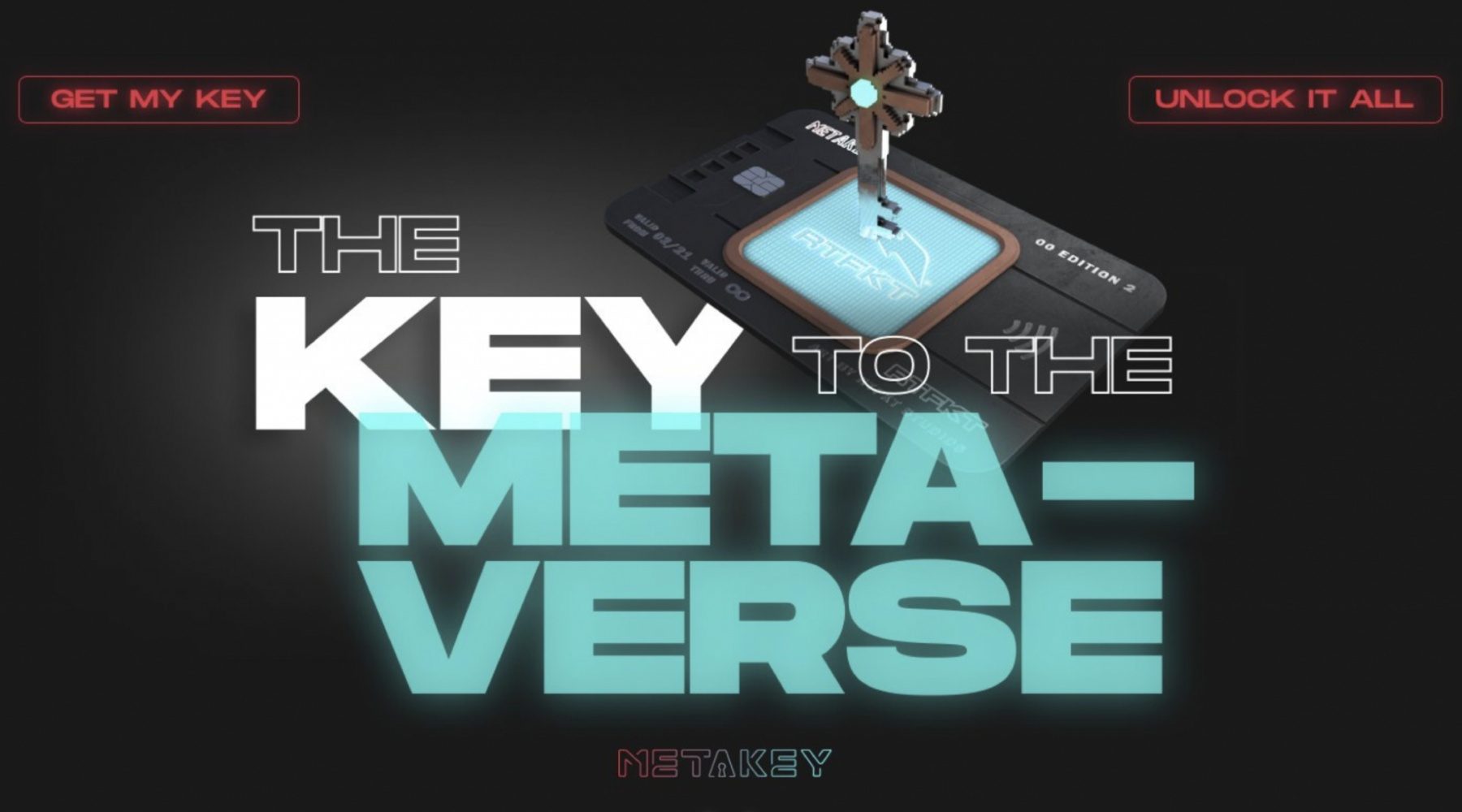 How to buy Metakey NFTs

You can currently buy Metakey from the OpenSea and Rarible platforms. As of December 2021, 4 Editions of Metakey – totalling 10,000 tokens in all – have been released and all of them have sold out. So, it's likely worth keeping an eye on Finder's news pages for word of a fifth Edition sometime soon.

So far, each Edition has sold for the same amount: 0.2 Ethereum. That's not cheap. Obviously, the price can fluctuate depending on any given day, but you can expect to pay between US$800 and US$1,000 for a Metakey. 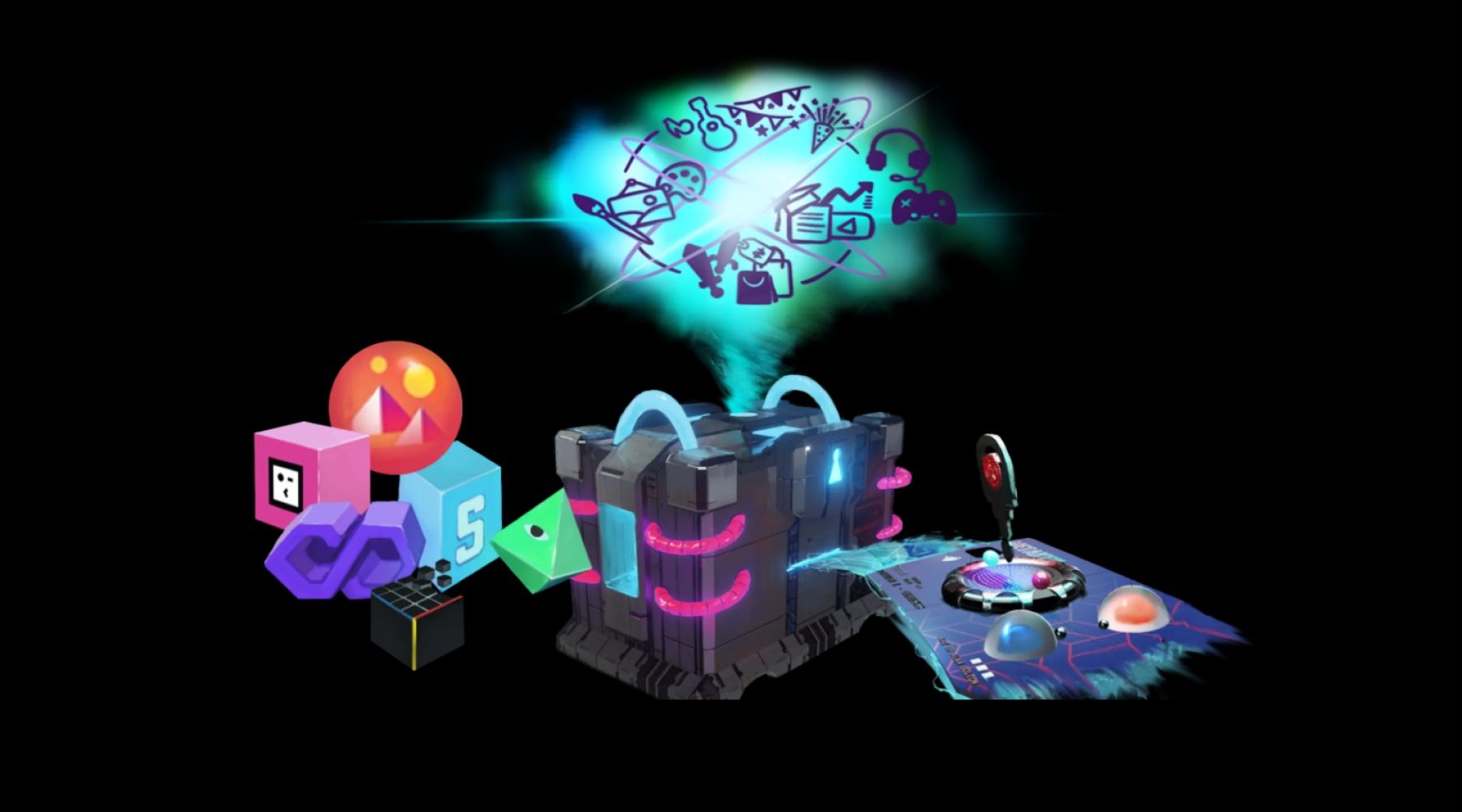 Is Metakey play to earn?

Metakey is not play to earn in the traditional sense – think Axie Infinity – as it has no game experience. However, we've seen some examples already of how it could be a hold-to-earn token. (I just made that term up by the way; it's not a thing…yet.) Take the example of the 3D shoe airdrop. By simply being a holder, owners were granted an NFT that ended up having a significant value.

We're also told that there are plans to give holders of multiple generations of Metakey NFTS cosmetic enhancements that will drive the rarity of their token. One enhancement spoken about by Matty was that if you hold Edition 1, 2 and 3 tokens, then your Metakeys may start getting a lightning display occurring on them. 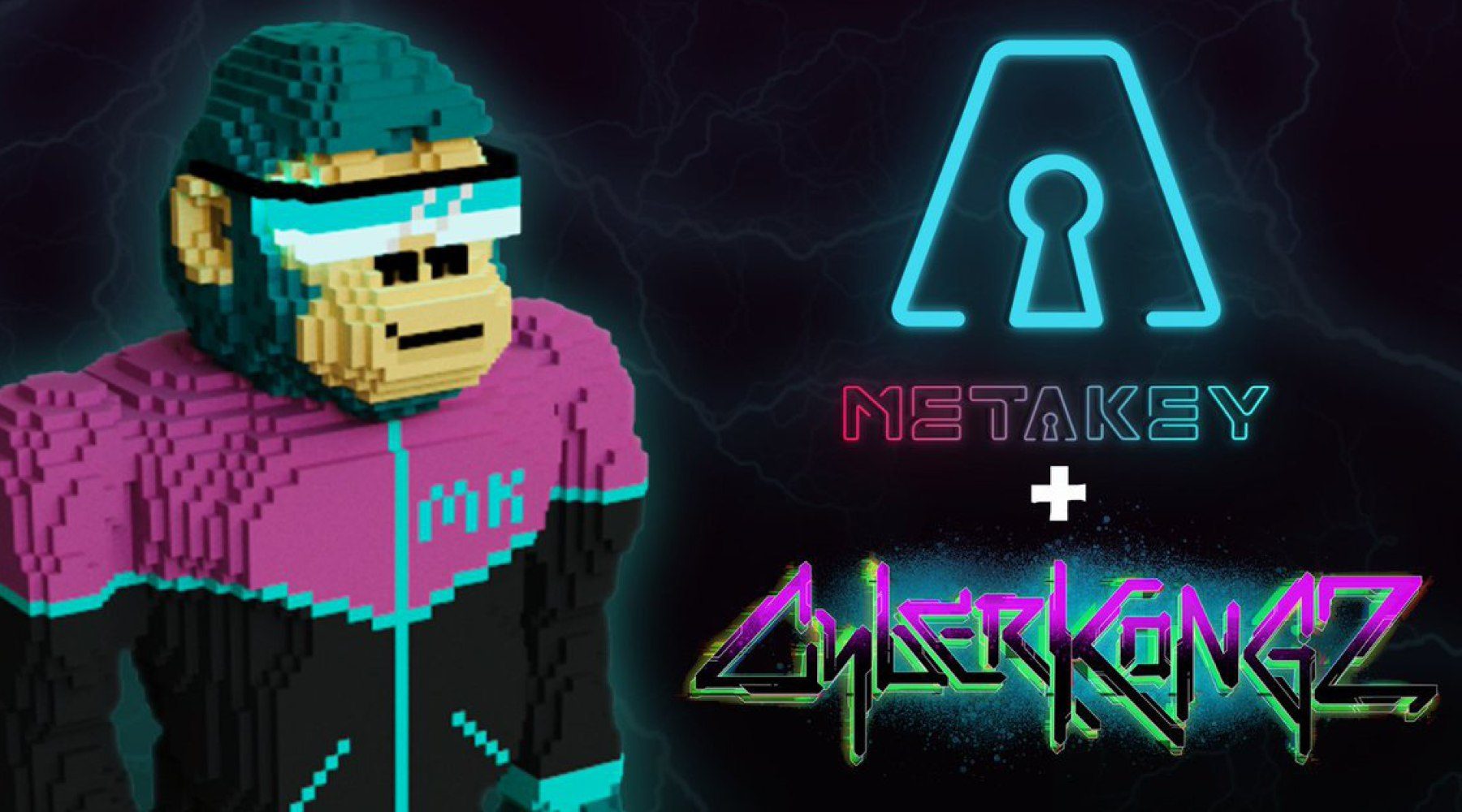 Will Metakey be a successful NFT?

The concept behind Metakey isn't new in either the physical world or in the NFT space. Enjin has been exploring this concept since 2018, while the likes of amiibo have been doing it for many more years than that for Nintendo. It's effective and it works. However, we'll need to see many more partners join the mix if it's going to truly tap into its potential.

The good news is that it's being driven by an individual with real clout in the NFT games space. Someone highly regarded as knowing NFTs as well as anybody and with the connections to be able to pull off the partnerships Metakey will need to thrive.

I'm a little worried about there being an unlimited circulation of keys, which suggests we'll continue to see more and more Editions arrive in the future. Will that ultimately flood the market? Will the artist of the tenth Edition Metakey go viral and that suddenly throw out the value of earlier Editions?

Time will tell, but Metakey is definitely an NFT games project to watch.