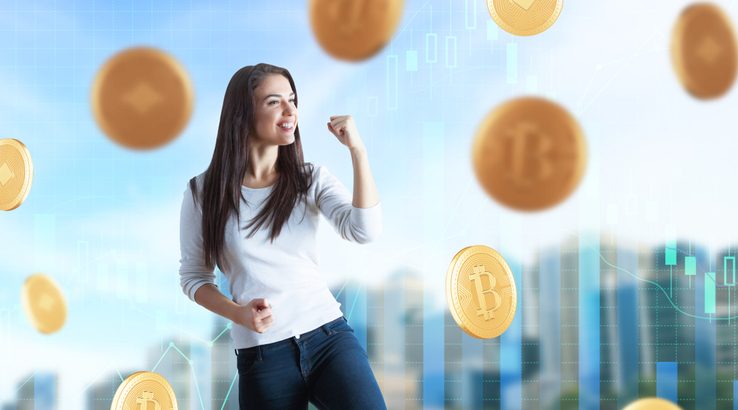 No one can resist getting in on cryptocurrency, including the SEC. The main difference is that the new SEC coin is designed to mimic an ICO scam to educate investors, rather than actually rake in the crypto dollars. Which is almost a shame in a way, because the fake HoweyCoin project could probably have pulled in a few million from unsuspecting victims.

The website and surprisingly thorough whitepaper raise a series of red flags. Anyone who tries to buy coins will be redirected to another government site which explains all the red flags a potential buyer might have missed.

The "Meet the Team section" is a highlight in itself. Shoutout to "Josh Hinze" for somehow finding a way to chew the scenery with eyebrows alone.

Red flag: A 50% female team in cryptocurrency? Not likely.

The most obvious red flag, which was perhaps slightly overdone, is the claim of "guaranteed" returns everywhere you look. It's safe to say that any project, in cryptocurrency and anywhere else, which "guarantees" certain returns is a scam.

There are never any guarantees, and all investments carry some measure of risk. As such, any time someone makes an ironclad 100% guarantee of returns you can immediately conclude that they are either not great with probabilities, or trying to scam you.

BitConnect, which was obviously (allegedly) fraudulent even before its collapse, made promises of guaranteed returns many times. But smarter (alleged) scammers these days, such as the folks behind Starscape Capital, will often avoid making that obvious mistake and do their best to appear legitimate.

It's strange how celebrity endorsements are widely accepted and valuable market movers in just about every industry, but in cryptocurrency they're an immediate red flag. It's a good flag though, and one of the more solid rules of crypto to date is that any project with random celebrity endorsements is probably doomed to failure.

The topic is probably close to the SEC's heart right now, with the founders of (alleged) scamcoin Centra recently being indicted by the SEC. That particular coin managed to pull endorsements from Floyd Mayweather the boxer and DJ Khaled the... DJ?

HoweyCoin's endorsement section gives a fairly specific nod to Centra, with stock photo stars of music and boxing showing up to cheesily tout the coin.

One of the less visible, and perhaps less relevant, red flags the SEC raises is the HoweyCoin's claim of SEC compliance. It's unlikely that most scams will outright claim to be SEC approved, or anything of the sort. The SEC actually has a customer service desk of sorts, so anyone can call in, and a claim of SEC approval is just inviting someone to report the coin.

Investor.gov couches this red flag as a part of its broader concern that cryptocurrency exchanges are adopting an undeserved air of legitimacy by calling themselves "exchanges", rather than marketplaces or bazaars or coin-a-ramas, or just about anything else. Exchange is a controlled term that implies regulation and SEC approval. This distinction is lost on most consumers though, as well as many legitimate cryptocurrency exchanges and blockchain projects, which tend to hail from the tech world rather than the finance.

If a project outright claims to be "SEC compliant" or "SEC approved" or similar, you can probably check for yourself. However, if a project claims something to do with exchanges it might mildly tick off the SEC, but that might not necessarily be a red flag in itself.

Buying with a credit card

As the SEC points out, that would be pretty weird.

Most registered and licensed investment firms, to say nothing of the card providers themselves, do not let customers invest with a credit card.

The HoweyCoin website describes the plan to orchestrate a pump and dump of the coin to maximise returns for buyers. This kind of movement is completely normal, even for legitimate ICOs. The red flag is that HoweyCoin is actually honest about it when the polite and legitimate thing to do is ignore it.

The ability to semi-legally pump and dump is one of the reasons institutional investors are flocking to ICOs in droves.

The idea is to buy up a bunch of tokens at discounted prices in the restricted pre-sale stage and ICO stage, and then build hype for the project ahead of its release on open markets. Then when the coin becomes available on cryptocurrency exchanges, to immediately start trading at inflated prices. The big fish in the pre-sale and ICO stage control the entire supply, so with the right hype, it's relatively easy.

Many people will just look for the hype-worthy projects, then dump their coins on the market at several times their purchase price and not look back. But if an investor really believes in the project, they might only dump a portion of their coins to recoup the initial investment, and maybe profit a little bit, while still retaining a portion of their stake. Now it's essentially a "free" stake in a promising project.

Ironically, the problem with pump and dump schemes might be slightly exacerbated by strict SEC regulations which make it harder for main street investors to get into ICOs, and instead pigeonhole them into being the chumps who can only buy coins after they hit the market.

The solution, if there is one, is probably better consumer education followed by easier access to a wide range of projects. For the first part, HoweyCoin might be on the right track.