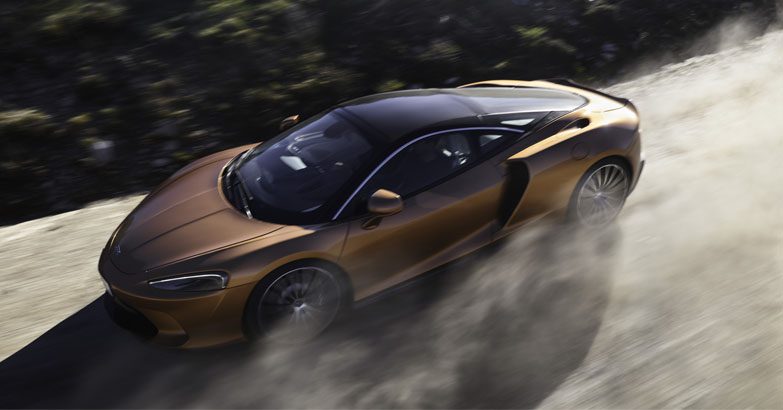 McLaren CEO says it will redefine the Grand Tourer like "only a McLaren could".

McLaren has revealed its first GT, saying it will redefine what a Grand Tourer is.

Sporting what the carmaker describes as outstanding ride comfort, the new McLaren makes use of the same Optimal Control Theory software that was developed for the 720S and also gets hydraulic dampers which will provide Proactive Damper Control.

To make the Grand Tourer more capable in a city environment, the front approach angle has been increased to 10 degrees (up to 13 with the vehicle's lift mechanism engaged) and an underbody clearance of 110mm. This means that you won't cringe every time you enter a driveway or head over a speed bump.

"Designed for distance, it provides the comfort and space expected of a Grand Tourer, but with a level of agility never experienced before in this segment," said Flewitt, CEO of McLaren Automotive, in a statement announcing the new vehicle.

"In short, this is a car that redefines the notion of a Grand Tourer in a way that only a McLaren could."

A new 4.0-litre twin-turbocharged V8 engine powers the McLaren GT forward, producing 456kW and a world-turning 630nM of torque. Cogs will be changed by a 7-speed SSG transmission.

In a car that weighs just 1,530kgs, the V8 produces 297kW per tonne. McLaren has said that the GT will have a superior exhaust sound and will hit 100 km/h from a standing start in an organ-shifting 3.2 seconds.

Perhaps the most important thing about a Grand Tourer apart from the ride quality is storage space, something that is often quite scarce in supercars. Owners of the new GT will have 420-litres of boot space underneath the full-length glazed tailgate. A further 150 litres can be found at the front of the vehicle as well taking the total to 570L of space. McLaren says that with the boot configuration in the back, there will be enough room for a golf bag as well as a pair of skis – if you can find somewhere to use them. 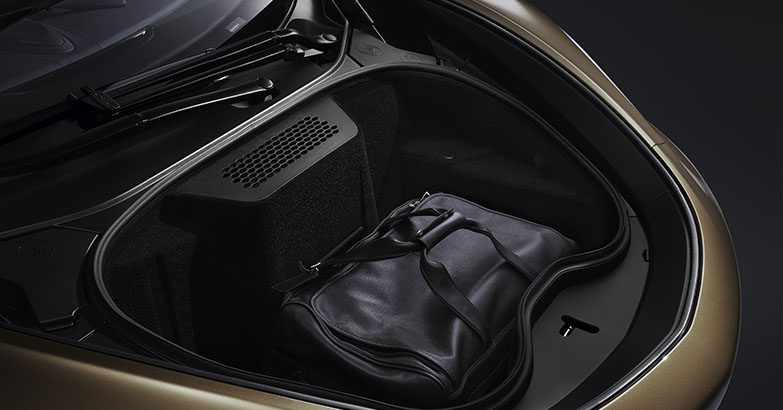 And while you will be able to cart around your golf accessories, you won't be able to carry more than one passenger as the GT will have no rear seats.

Known for racing car style interiors, McLaren said that while all the essentials are there for high-performance driving, the cabin has been designed to "delight" on long journeys and has been optimised for long distance comfort. You will get Nappa leather trim throughout, although this can be upgraded to a softrain luxury leather or Alcantara if you prefer.

The infotainment system developed for the McLaren GT is the most sophisticated the company has produced. It features HERE satellite-navigation and real-time traffic information. The 7" touchscreen also houses all heating and ventilation controls including the dual-zone climate control that can be used in sync or independently for driver and passenger. T standard telephone, media streaming and radio controls will also be housed within the touchscreen system, creating a clean interior, void of too many buttons and dials.

Sound will be delivered to the cabin via a 12-speaker, Bowers & Wilkins premium audio system that includes carbon fibre sub-bass woofers. According to McLaren, the use of unique engine mounts and that low-frequency sounds emitted from the carbon fibre structure have been reduced, make this a true GT car. In fact, in Comfort mode, McLaren said it is the most refined car it's ever produced. 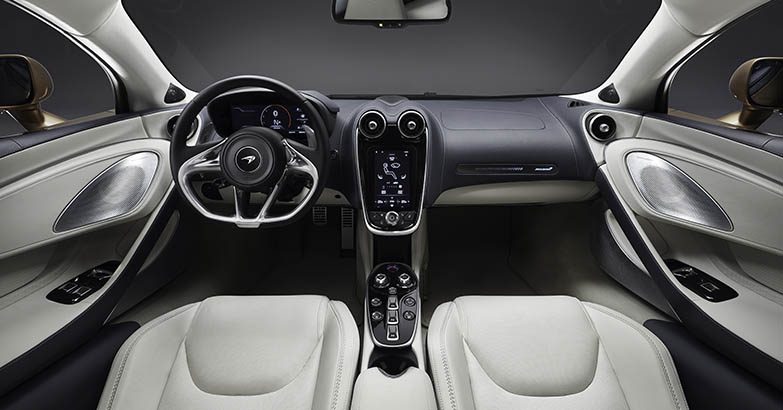 Incorporating McLaren's infamous body shape with a long, elegant exterior the GT has been designed according to the same aerodynamic principles that shape all McLaren models before it.

"We're particularly proud of the Proactive Damping Control suspension, which utilises the next generation of our pioneering Optimal Control Theory to deliver levels of ride comfort that better all previous McLarens. Overall, the breadth of ability demonstrated by the new McLaren GT – especially its everyday usability – is truly remarkable."

Orders are being taken now for the McLaren GT with delivery slated for the end of 2019.