McLaren GT touches down in Australia 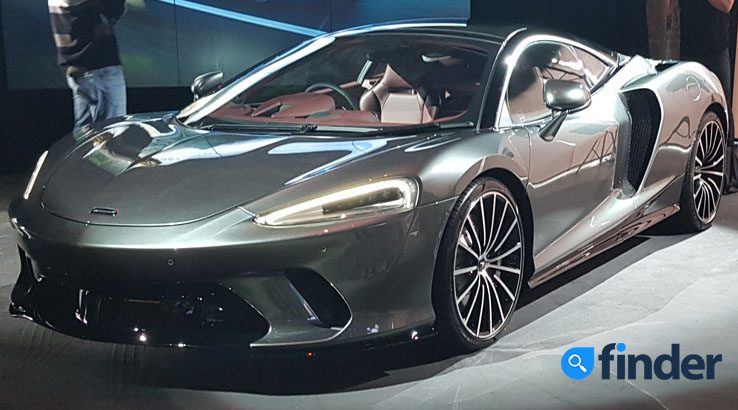 The new Grand Tourer combines 456kW with a new level of comfort from McLaren.

McLaren's brand new Grand Tourer model has officially landed in Australia, with a sleek-looking grey model on show at its launch in Sydney. The new Grand Tourer can be yours for $399,995 before on-roads.

As previously confirmed, the new McLaren GT features all the power we have come to know and love from the British brand by the way of a 4.0-litre twin-turbocharged V8 that produces a neck-hurting 456kW and an earth-turning 630Nm. You can also look forward to a new level of comfort that you would expect from a Grand Tourer.

"We looked at the established rules of this category, and decided to rewrite them," explained George Biggs, managing director of Asia Pacific and China for McLaren Automotive at the launch today.

With a focus on lightweight materials, a big V8 sending power to the wheels via a 7-speed SSG transmission and a power-to-weight ratio of 297kW per tonne, the McLaren GT is capable of doing the dash to 100km/h in just 3.2 seconds. According to Biggs, it's this focus on lightweight design that allows McLaren to deliver on the driving dynamic. 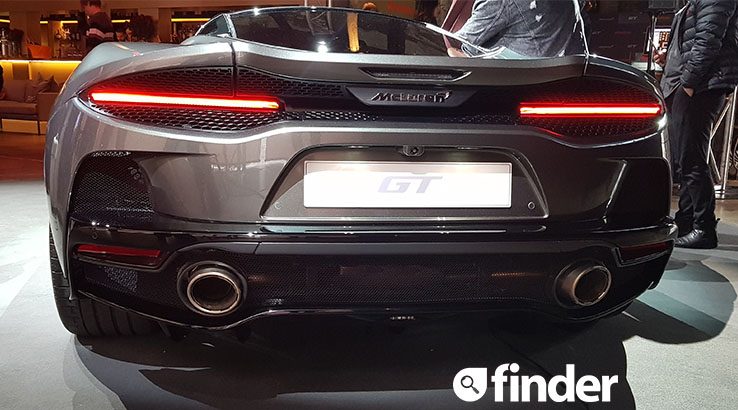 Funnily enough, the arrival of the McLaren GT in Australia coincides with the launch of the brand's first bespoke luggage collection, which consists of a garment case, a weekend bag, a cabin bag and a full-size golf bag.

"This is the most practical McLaren we have produced so far. It must be as useable on a coastal road as it is in the city. It must have storage for luggage and class-leading cabin, comfort and usability," Biggs said.

McLaren has raised the GT's ride height to avoid the front scraping over pesky speed bumps. Suspension, steering and brakes are all unique to the McLaren GT and have been developed to reach new levels of ride comfort as well as deliver that signature McLaren responsiveness and precision. 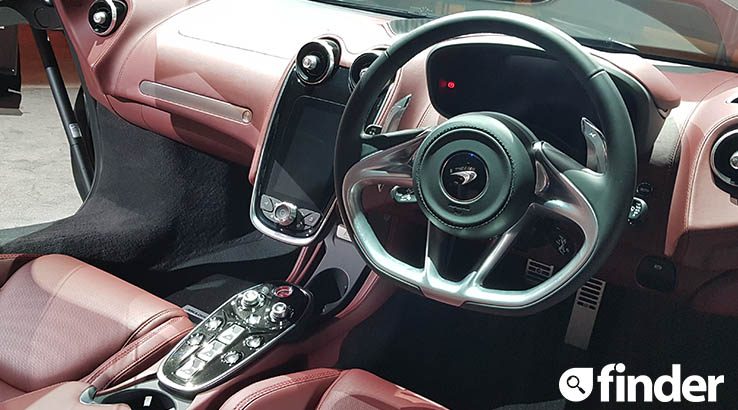 To ensure the cabin is up to scratch, McLaren has employed its most sophisticated infotainment system to date. The interior also boasts hidden-until-lit ambient lighting, knurled aluminium switches and controls and the use of premium materials such as soft grain luxury leather, a cashmere trim option and an ultra-premium hard-wearing material called superfabric, which was developed by NASA. An electrochromic glass roof panel can be optioned in place of the standard carbon fibre roof as can a 12-speaker Bowers & Wilkins premium audio system that includes carbon-fibre sub-bass woofers and Kevlar mid-range units.

"You shouldn't have to compromise on driver enjoyment, so we have delivered a package that is as engaging as it is beautiful," Biggs said.